(Notes written on 27th May)

Since returning from Bavaria I have noticed a few changes:

Now it’s not for me to speculate on why I am falling apart but here are a few suggestions:

My cure for these ailments?  I put Dioralyte in my water today to reduce the risk of cramp when walking in hot weather. Apparently it was standard issue in Aghanistan for soldiers and if it is good enough for them it will be good enough for me.

I also went to meet two walking friends, Alan and Dan, who have been walking coast to coast in dry weather (apart from Friday on the 23 mile stretch between Richmond and Ingleby Arncliffe) and I intended to walk part of it with them along the Cleveland Way section on North York Moors, between Huthwaite Green  and Clay Bank. This used to be part of my ‘training’ walk for my coast to coasts (3 in total)  and other long-distance walks (55 in total). This is the best section of the North York Moors part of the coast to coast walk.

I drove out fairly early to Huthwaite Green to await their arrival and avoid bank holiday traffic. It is sad that the telephone kiosk here indicated by Wainwright in his guide book was removed about 8 years ago.

I knew that coast to coast was busy but was surprised that about 12 people turned  up before Alan and Dan did. But then Dan has always been a slow starter in the mornings, a bit like my wife and my Bavarian guide.

Some coast to coasters were clearly affected by the previous days walking of 23 miles through muddy fields and on tarmac in exceptional heavy rain for Yorkshire.  However, they couldn’t complain as it was their first notable rain in nearly 2 weeks of walking from St Bees. In 1991, when I walked coast to coast for the first time, 4 out of 5 days in the Lake District were like having buckets of water thrown over me continually.  They had come to the wrong person for sympathy!

On their arrival, I provided Alan and Dan with home-made cakes, my usual Mary Berry walkers fruit cake for energy and a Bavarian Rhubarb Crumble Cake. The latter followed the Bavarian recipe I had been given by my guide’s mother after she had cooked it for me in Bavaria. The only problem was that it was in German and there was some confusion as to whether the eggs should go in the dough base or the fruit filling. I opted for the dough and it was delicious. 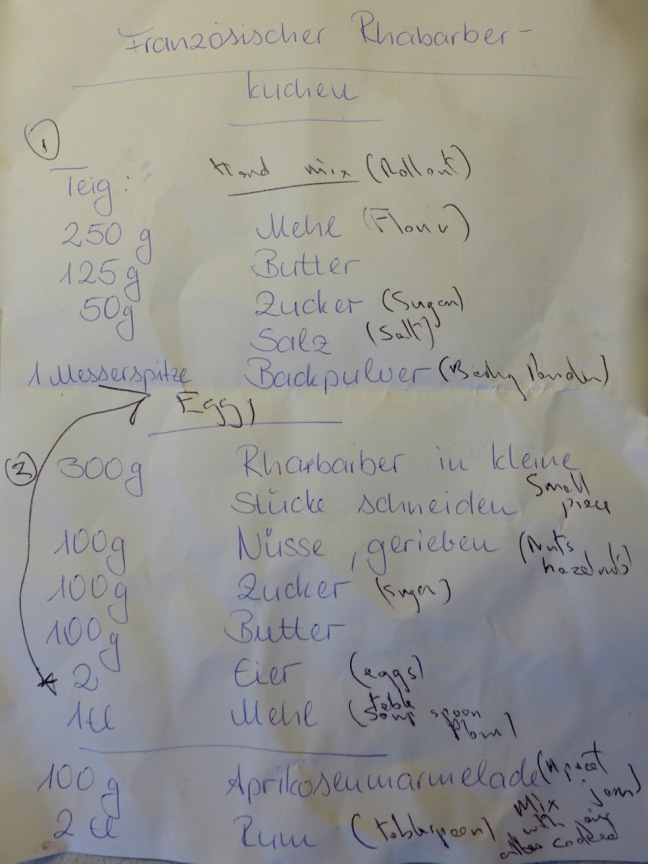 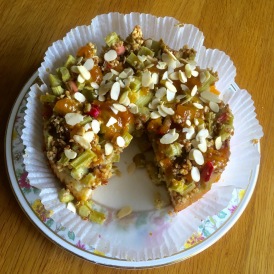 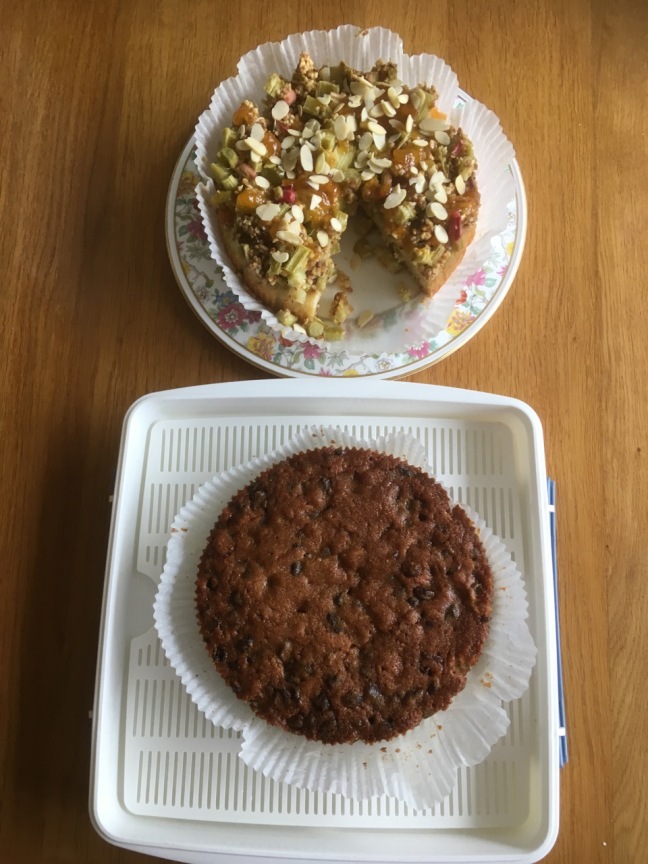 Now it is not for me to suggest that without the cake they wouldn’t have finished coast to coast but…………………….

After the cake we walked the ups and downs of the Cleveland Hills to the Lord Stones Cafe for another refreshment stop. There was music coming from nearby and it turned out that  a wedding was taking place.

The views were a little hazy in the sun but improved later on. 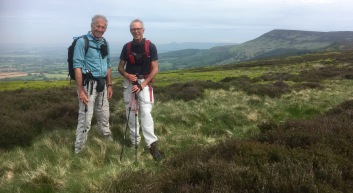 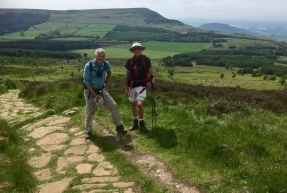 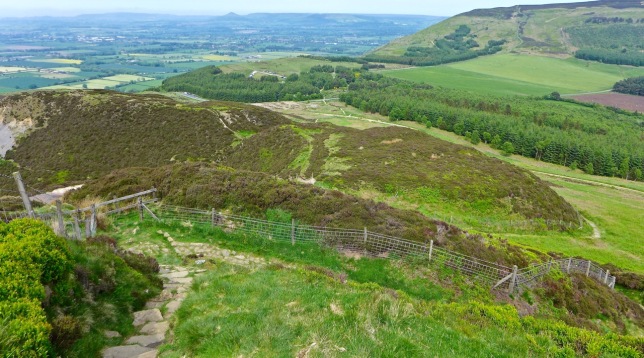 I walked about 5.5 miles before letting Alan and Dan get their lift at Clay Bank to their bed and breakfast in Great Broughton. I returned back to my car.

Most things were cured. I must keep walking.

On return home I had a beer with my dinner (a bad habit for my weight but a nice habit picked up in Bavaria) and watched Ed Sheeran, which bought back many happy memories of Bavaria as we had mainly his CDs on in the Victoria’s car, a 9 year old Astra. Someone who will remain anonymous said “did I know before I went she had a 9 year old child called Astra?” !!!!!!!!! 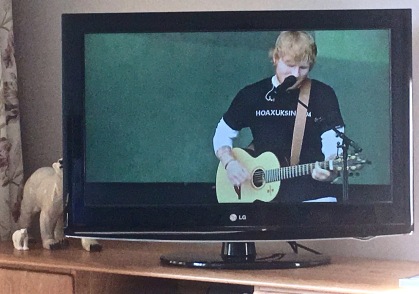 Back to the main Dairies.

Interestingly a week of hurtling around Bavaria was catching up with both myself and Victoria and, with a poor forecast, we decided to have a leisurely start to the day and even had time to cook boiled eggs on what looked like a nuclear reactor plant.

I thought Germany was aiming to be nuclear free? I think it could be their secret nuclear programme. I bet every household in Germany has an egg boiler that can quickly be converted into a nuclear reactor?

In any event the eggs miraculously turned out soft boiled just as I like them. When I mentioned it to my wife she said we have enough gadgets already, not mentioning the spaghetti maker that is hardly ever used or the fondue set that stayed in a cupboard for years. Women have selective memories!

So over porridge, boiled eggs and toast Victoria explained that amongst other things the plan was to visit a nice little pad that I think was the forerunner of Disneyland.

It was built by King Ludwig II who nearly bankrupt Bavaria as he built 3 such pads! He was certainly eccentric, and possibly also mad. However, he has since been responsible for increased tourism to Bavaria. So has Adolf Hitler with his Eagle’s Nest!

Also will Alan and Dan finish their coast to coast?