It was time for the trailing geraniums to be put out on the houses in Tegernsee and what a sight they must make throughout the summer. Victoria had a more relaxed day planned and knew I hoped to get a book in English on Upper Bavaria and so took me to Bad Tolz situated on the River Isar (we saw it earlier in Munich) which, due to iodine rich springs discovered in 1846, became a health spa. It has a lovely main street with at least a couple of book shops. The owner of one said he was getting such a book the following day and we agreed to call back as we would be passing again then. 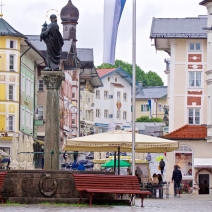 After Bad Tolz we went to the Benediktbeuern Monastery set in lovely grounds. The baroque church was started in 1682. 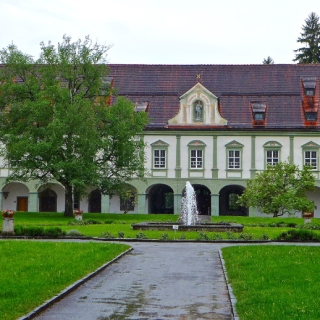 We were ready for some lunch in what was no normal restuarant/cafe! It was exquisitely furnished and had live local traditional musicians. I had a sausage salad and rhubarb crumble cake and ice-cream – absolutely delicious. 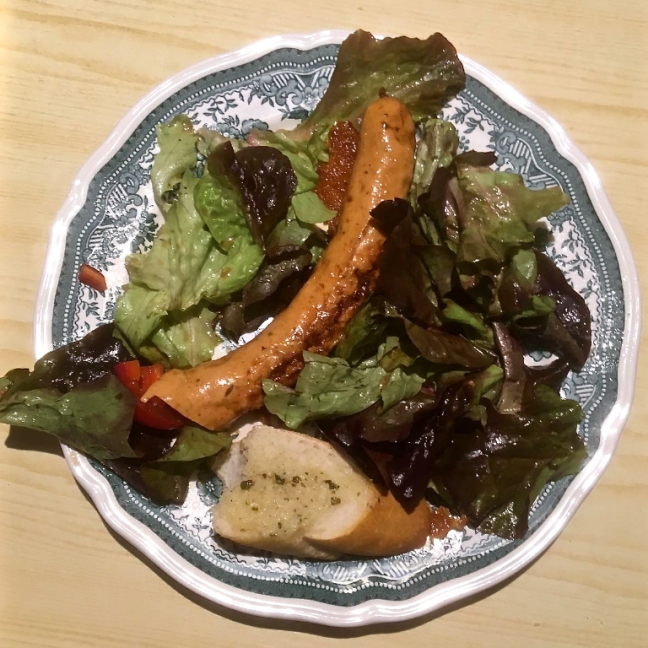 The detail in the cafe and in particular the carved ceiling were breathtaking.

We then called into the church, which again was exquisitely and lavishly decorated 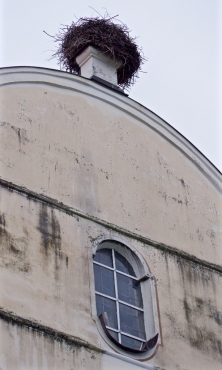 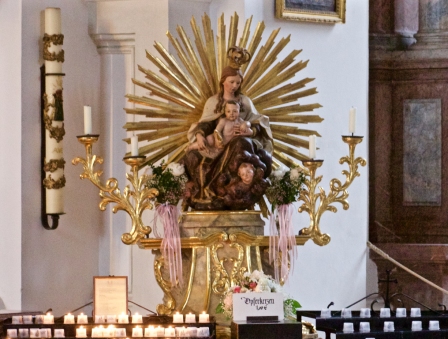 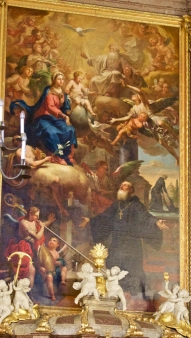 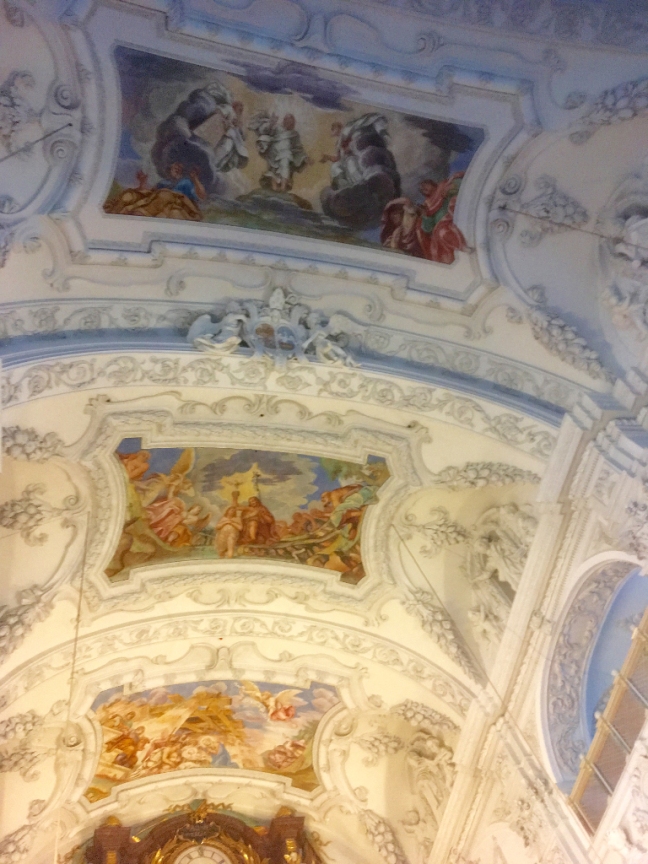 We then went to an another area that sold plants and I was able to buy Victoria’s Mom her favourite plant, a peony (white – which she hadn’t got), as it was a belated Mother’s Day present (it is actually on 13 May 2018).