We parked in the Hovingham village hall car park and soon found ourselves in Hovingham Park and a field of cows. But judging by the hall and green grass these were quite content cows and had no interest in us.

After Airyholme and Howthorpe Farms we headed to Wath Beck and crossed it over a footbridge. The immediately raised alarm bells as some years previously I had sunk up to my knees in the ONLY proper bog I have ever found in the Howardian Hills.

I have only ever been deep in bogs on three occasions (the other two were on the Inn Way, North York Moors last  winter, on a section of the  Lyke Wake Walk). Perhaps I need to go to Specsavers to spot them? No – just remembered I already go to Specsavers.

This bog was totally unexpected. On the Pennine Way or Lyke Wake Walk one expects them, but not here! The only way I could stop myself sinking below my knees was to sit down and distribute my weight more evenly. Sid the Yorkshireman thought it hilarious and, instead of giving me a hand to get out, just fumbled in his pocket for his mobile to take photos. You know who your friends are in a crisis. My trekking pole bent as I went down! 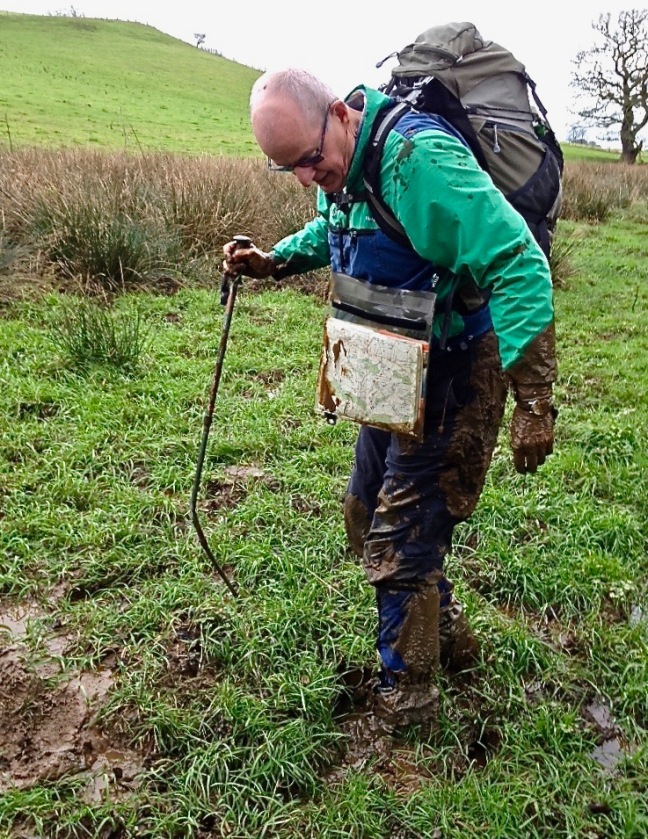 We knew we were back at the exact spot as the same tree can still be seen in the background. However, many plants have grown since and we have had one of the best and driest summers ever.  This time the bog had largely dried up. 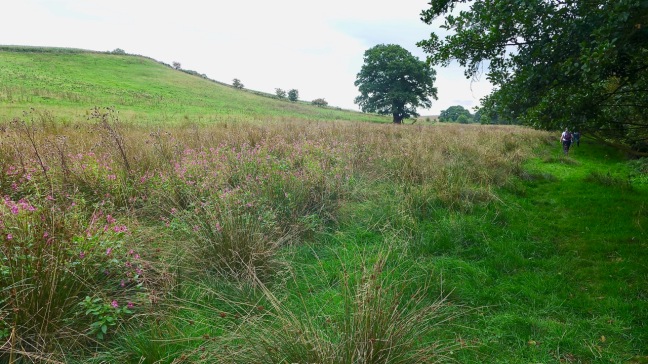 We carried on to Terrington and sat on a bench at the public school with a view over the fairly new tennis courts.

We then visited All Saints Church, Terrington, which dates from the Norman period. What struck us was the board with all the names of the Rectors going back to 1234! All the Kings and Queens are listed too.

What also hit us was the number of people who had sacrificed their lives in two World Wars, particularly the First World War, from such a small village and parish (the population in 2011 was only 459). Some families had up to 4 members lost.

Rolling Yorkshire countryside beckoned us on.

Until we got to Thurtle Wood and were surprised to find an abandoned camp.

Geordie Caz thought it was very ‘convenient’ of them to leave some toilets for us, until she found they were all locked. 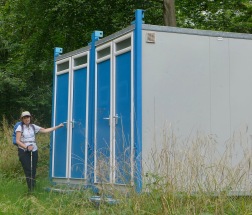 I eventually found one unlocked. Well I do have a talent when it comes to finding ‘bogs’ (for overseas readers this is also slang for toilets and hope it does not get lost in translation).

We then descended and ascended to Fryton East Wood and came across a sign at Fryton Lane. 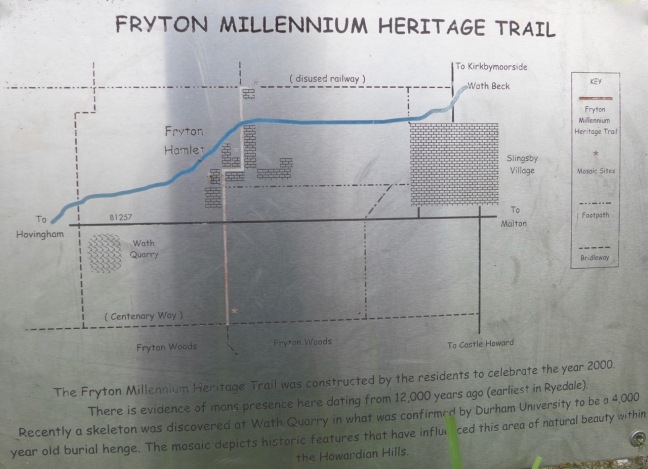 There was also a mosaic to commemorate the trail and millennium, with Castle Howard featuring strongly. 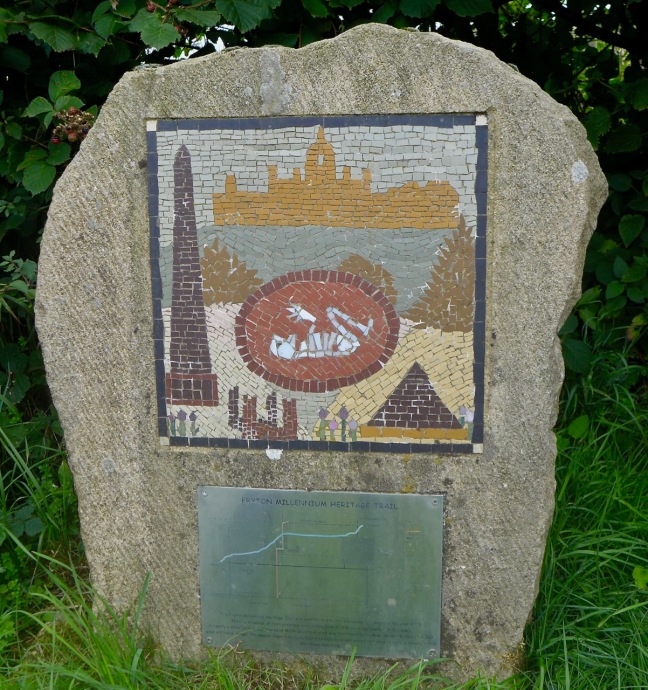 Sid the Yorkshireman found a sign on the floor and decided it might be a good idea to take the sign with him so as not to get lost.

I think he had been on the mushrooms.

After Fryton West Wood we descended back to Hovingham.

All that remained was for us to take our boots off and drive home. This was a bit different to the occasion when I was covered in mud at which point I had to take my trousers off in the village hall car park, not realising that there was a ladies fitness class going on in the nearby village hall. Rumour has it that Hovingham ladies had never had such excitement………..

It is a pity that the ambitious plans in the 1830s to develop Hovingham Spa with hot and cold baths, mud baths and a cold plunge did not come to fruition.