The forecast for the day wasn’t brilliant and so we decided to make this our Munich day. It was only about an hour and a half journey from Tegernsee to street parking near the underground.

Arriving at the market we couldn’t but help notice the many sausages on display. 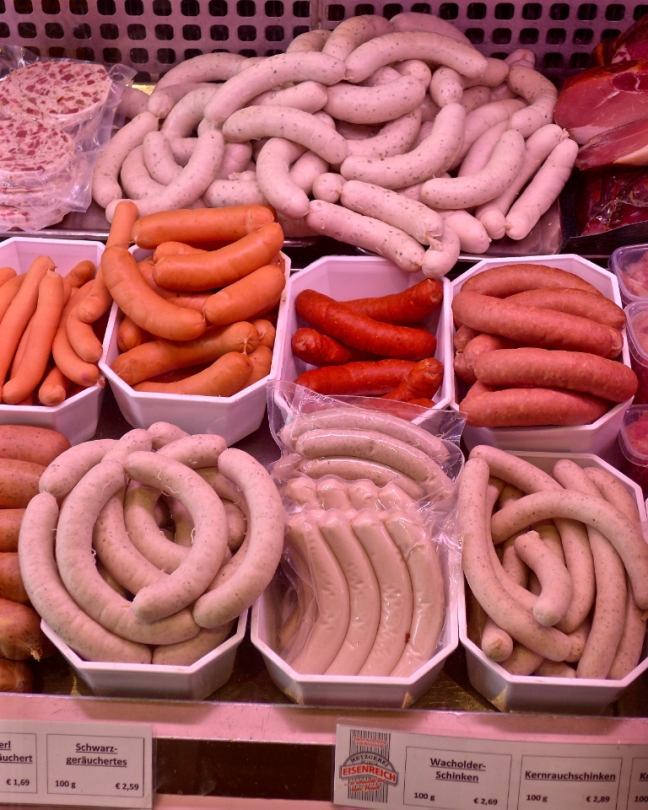 What was more surprisingly was a shop dedicated to selling pipes.

We also had a look in an outdoor shop, which was huge. That’s my shopping done apart from I wanted to find a book in English about Upper Bavaria.

Victoria had planned a walk along the river knowing that my liking for shops was low! Neither did we want to go in museums whilst the weather held.

So we headed to the River Isar and walked along its banks, past the Deutsches Museum. 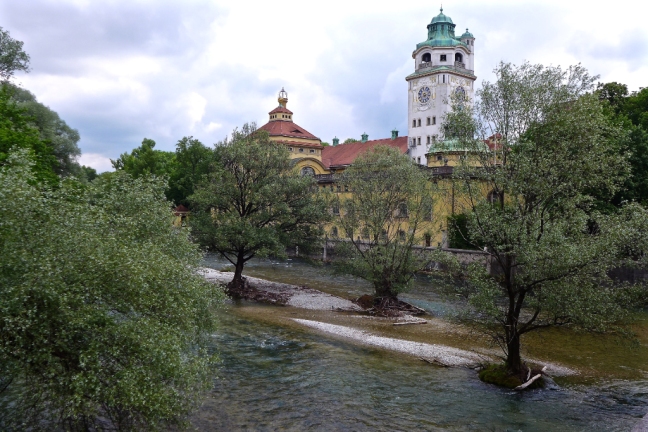 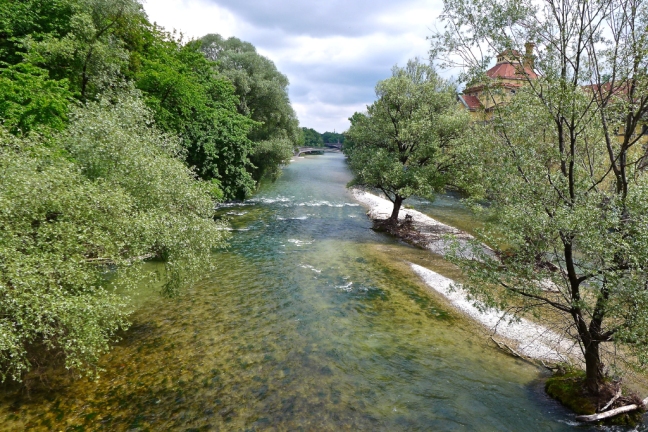 Until we reached the M Plank Strasse, Maximillaneum Bridge and The Angel of Peace. This marks 25 years of peace after the Franco-Prussian War of 1870-71, in which Germany was victorious. The Angel is 19 feet high and imitates the Greek statue of Nike Paioniosa on Mount Olympus.

We crossed and left the river.

We passed a Parliament building flying the EU flag and a Lamborghini came out – I couldn’t resist a photograph. Is that what our EU contribution goes on?

Given that Munich is hundreds of miles from the sea, I was surprised to come across surfers on a river! It was very cool. 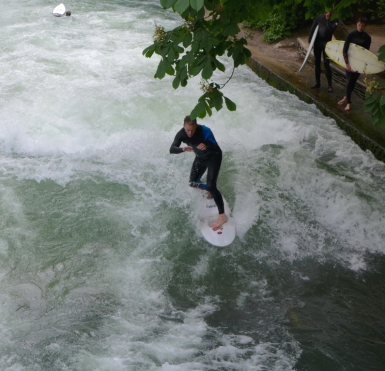 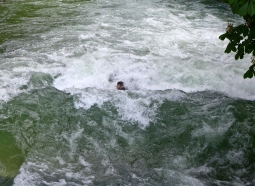 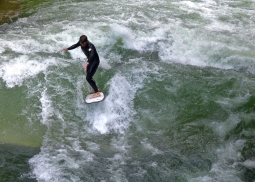 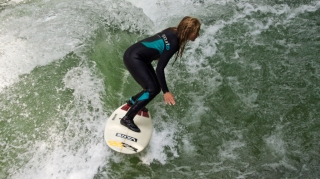 With thunder and lightening threatening, we hurried on to Hofgarten and the Bavarian State Chancellery (Bayerische Staatskanzlei), which was completed in 1992.

Then the Baroque Theatinerkirche, one of Munich’s finest buildings.

We were overwhelmed by buildings to photograph, including the Frauenkirche which is the largest Gothic building in southern Germany and was built in just 20 years from 1468-88, a record time for the period. Since 1821 it has been the seat of archbishop of Munich and Fleming. 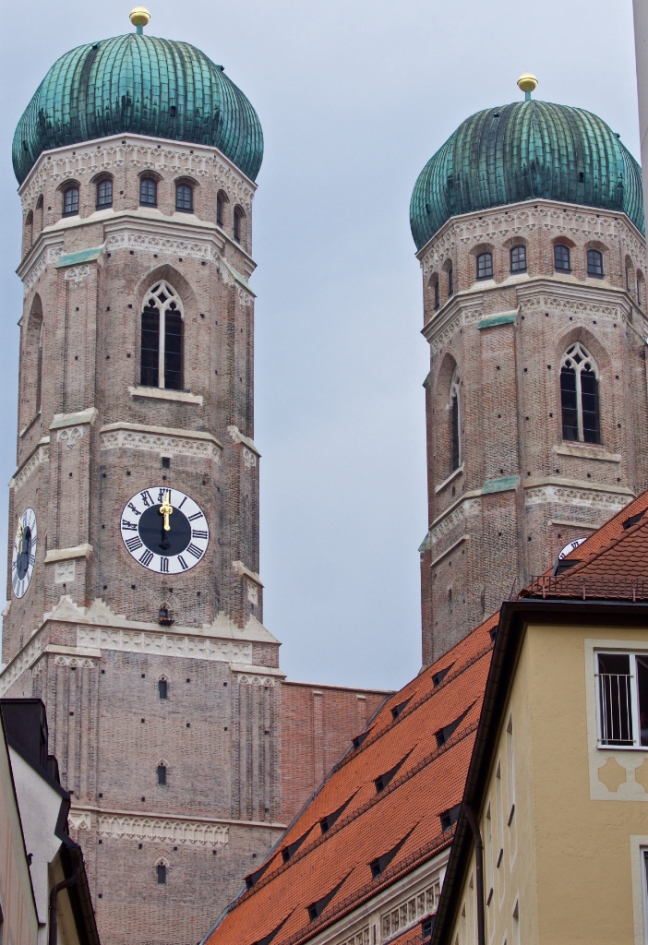 We moved to Marienplatz and the Neues Ratheus (New Town Hall) which dominates with its golden statue of the virgin (1593) and the chiming clock which enacts a joust and performs the Dance of the Coopers. 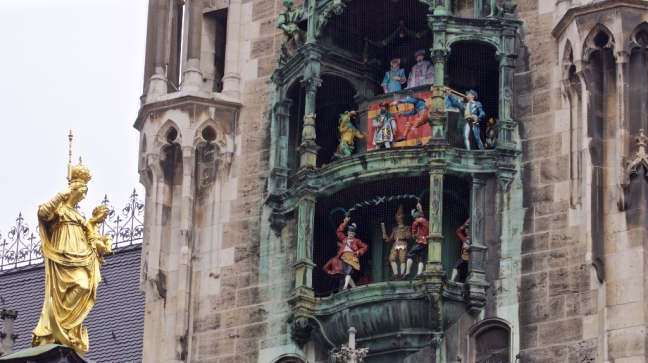 We retired to a book shop for coffee and a cake and I tried unsuccesfully to find a book in English about Upper Bavaria.

Victoria also had plans to do a little shopping. It seems German women are just like British women – they can’t resist shopping when in a city. So I was abandoned outside H&M whilst Victoria went in 4 shops to find a blouse! Valuable time was being wasted and so I decided to have my lunch standing up. One of the great things about going to other countries is that you realise that we are all basically similiar and we all have the similar wishes and desires! 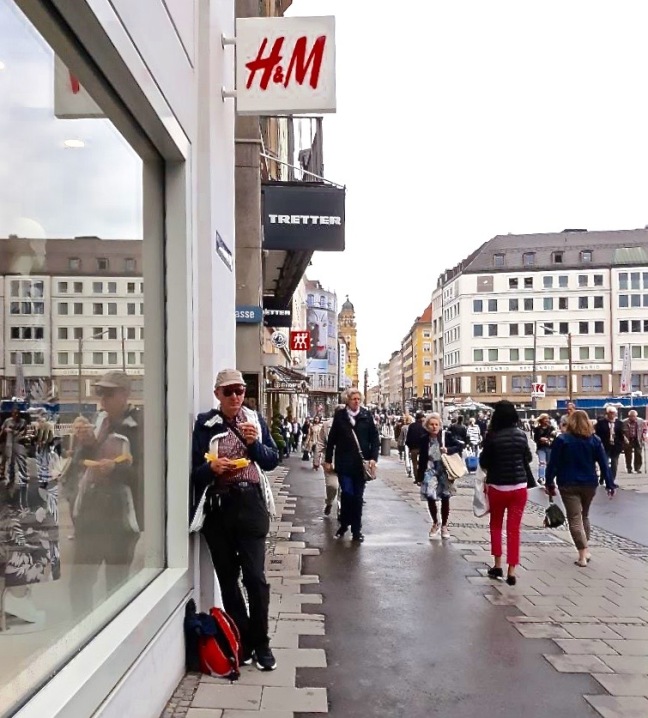 We then moved to the opera house area, which is one of  the favourite locations of Dan who visits the opera here regularly from the UK. It is his favourite overseas city. I think I would prefer Tromso in Norway.

More important than the opera house – where was the famous beer hall of Hobrauhaus? My now very trusted guide found it quickly. 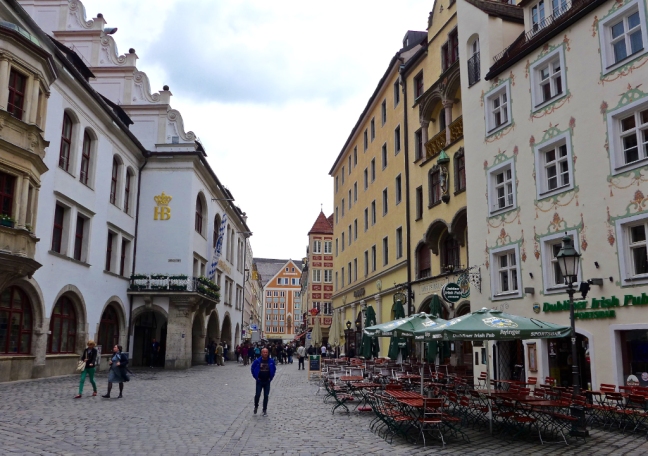 Certainly the atmosphere inside was very good with live music and beer flowing at very reasonable prices. It is the sort of place that once you get in you don’t want to leave! 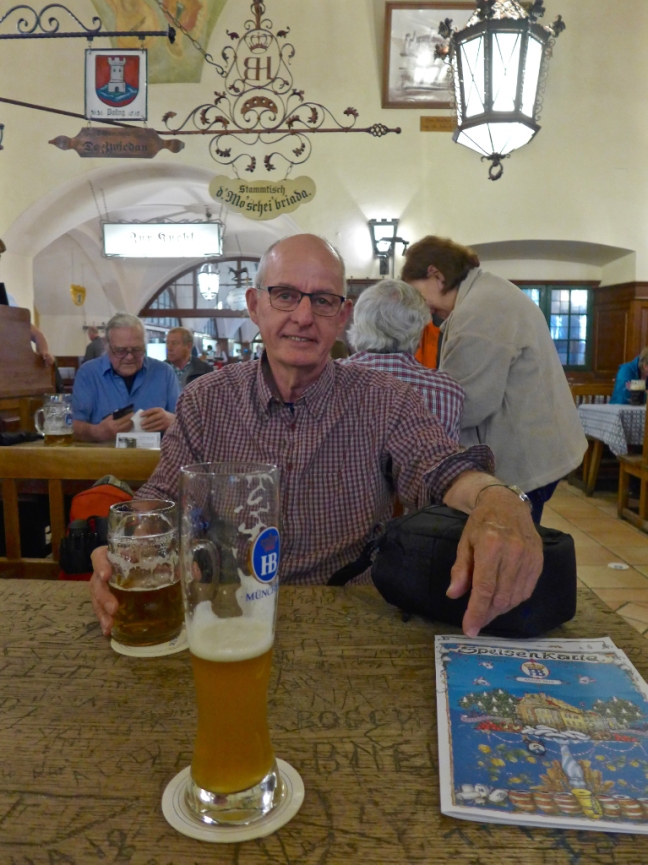 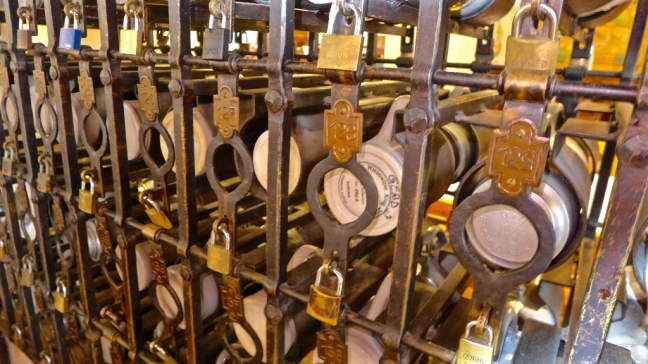 It is worth looking closely at some of the detail: 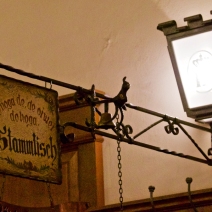 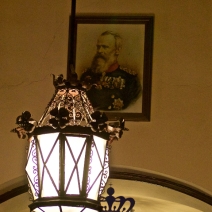 On that note we returned back to Tegernsee only to find out Victoria’s parents were treating us to a meal and beer at the famous beer hall and restaurant, the Herzoglches Braustuberl. 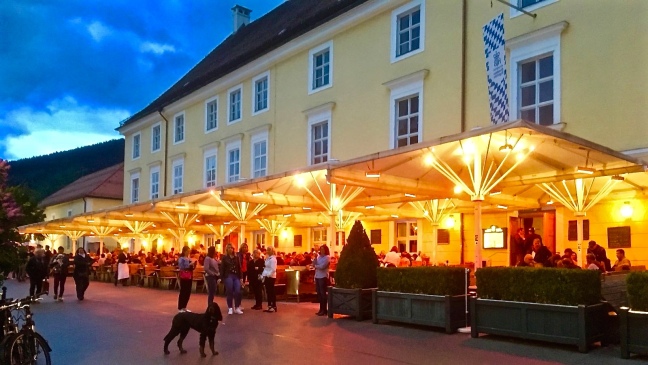 The food was delicious and it is the first time I have had smoked pork belly.

followed by apple fritters, ice-cream and of course cream.

Life doesn’t get much better……Victoria did say on occasions she was a bad influence and now I was beginning to think she was right and so were her parents. I rarely drink so much alcohol.

A great way to end the day. Or did we have a gin and tonic or two back at the flat? Hmm……