I had a hospital visit in the morning to have tiny skin ‘mark’ checked. Walkers are high risk in relation to skin issues and despite having put suncream on and worn hats on a regular basis, it was confirmed that I do have to have minor surgery. It should rectify the issue and, as it is not urgent, I can still go to Bavarian Alps. I would however urge all walkers and others regularly in the outdoors to wear suncream and a hat, even in winter. My dentist, yes dentist,  has even told me that many of her ‘outdoor type’ patients have skin issues.

The appointment didn’t last long and so I decided to play tourist around York and have a walk around the beautiful historic city and visit a couple of museums. You can see the history of England in York.

I first headed to Roman Britain in the Yorkshire Museum in the Museum Gardens. I was pleased that I will soon be heading to the Bavarian Alps in Germany, which the Romans called Germania Superior. It sounds promising. York was called Eboracum.

I then went to Yorkshire’s Jurassic World area in the museum and was able to feed huge dinosaurs with tree branches that I picked with ‘special equipment’ and wearing ‘virtual reality googles’. It was too realistic for comfort and only those above 5 years old can partake. I just qualified by over 60 years!

There are huge bones on display of actual dinosaurs.

There is an interesting geological map created in 1815 by William ‘Stata’ Smith, which represents the first complete geological map of this country. There is also a floor map as below made of pebbles. 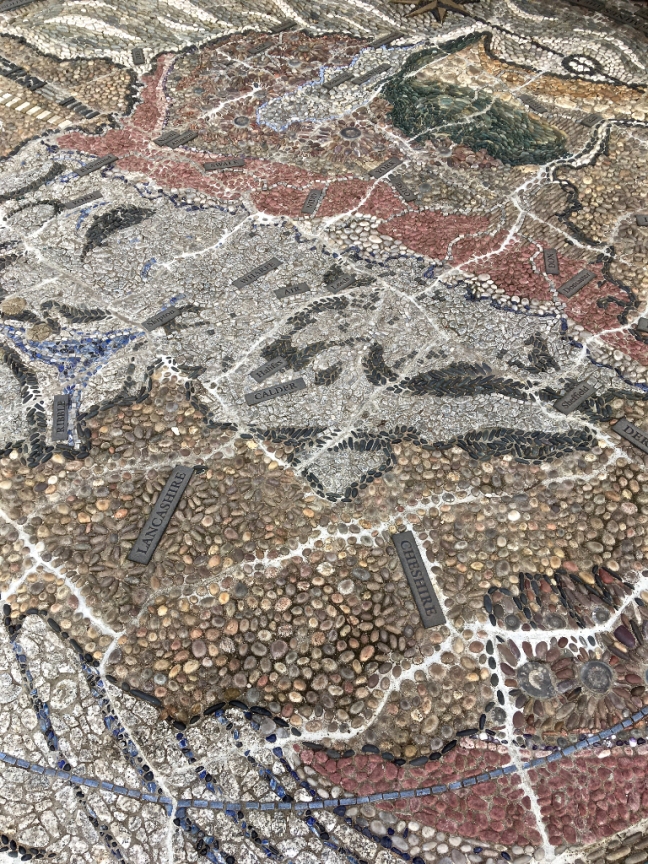 I then headed to the Viking area of the museum as York has been described as the Viking Capital of England. It is said that Viking men had long hair and elaborate engraved combs (see lower photograph) as it was more attractive to women. Despite having 32% Viking DNA, I don’t have much hair now!

I therefore moved onto the Medieval section and thought the skeleton had some likeness to me as he was also very tall. However, he had a sad and violent end so that didn’t cheer me up either. 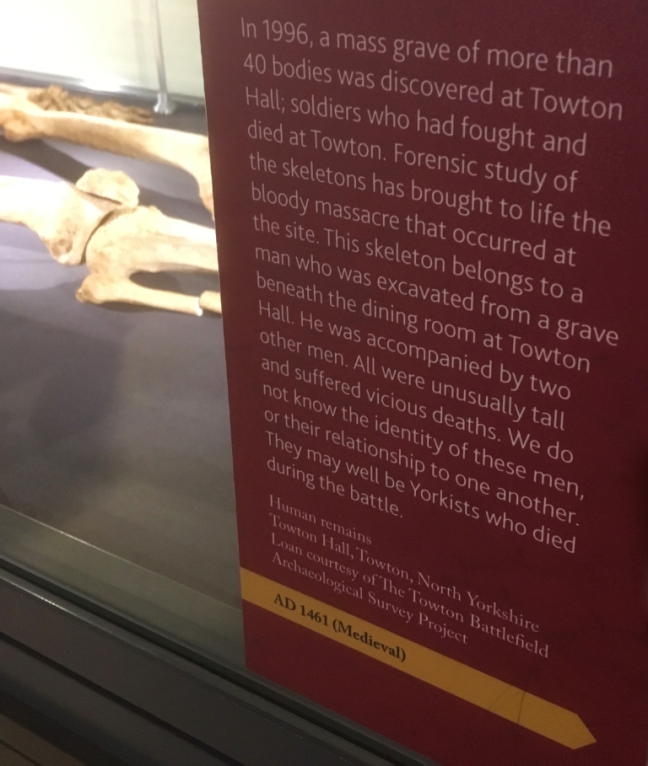 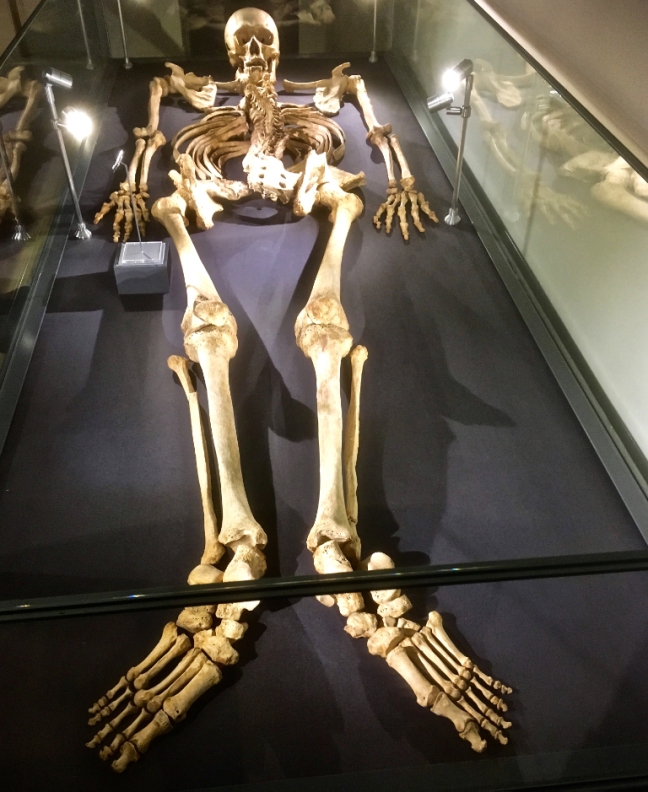 Leaving the museum, St Mary’s Abbey looked splendid in the sunshine with vibrant daffodils around it.  This was a Benedictine monastery founded by William II in 1088 and was one of the wealthiest in the country. In 1539 the Abbey was closed during Henry VIII’s dissolution of the monasteries. 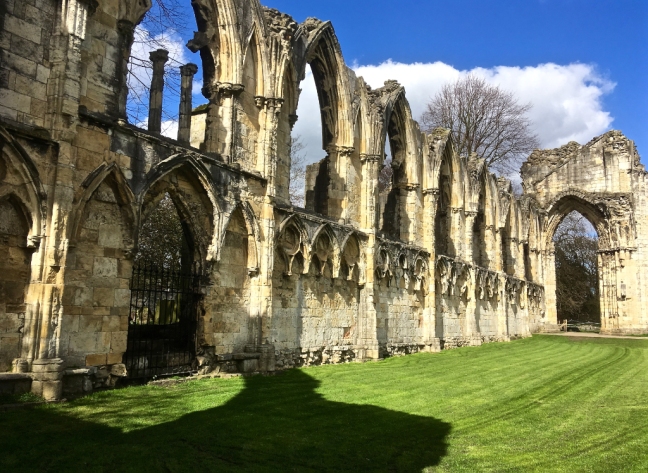 Nearby is the Hospitium, a timber-framed medieval building, once used as the guest house for St Mary’s Abbey. The ground floor was built in 1310, the first floor in 1420 and a new roof added in 1930. 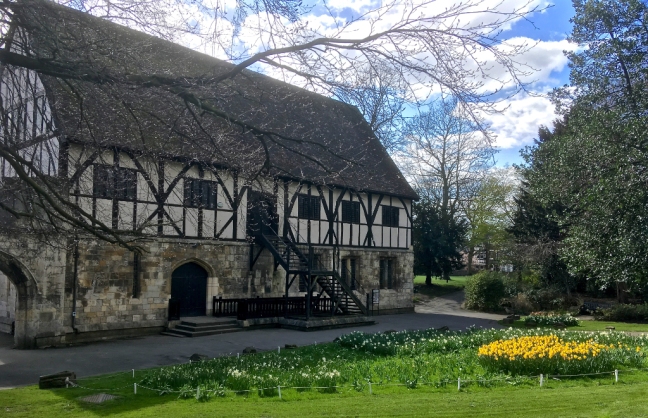 I then wandered through Museums Gardens to the excellent Kings’s Manor. This was originally the Abbott’s house, part of St Mary’s Abbey, its earliest remains dating from the 13th century. After the dissolution of the monasteries the Council of the North was held there until 1642. The coat of arms are of Charles I and also James I  to mark his stay there on the way to England to be crowned in 1603. The buildings are now used by the University of York for the Departments of Archaeology, Eighteenth-Century Studies and Medieval Studies. 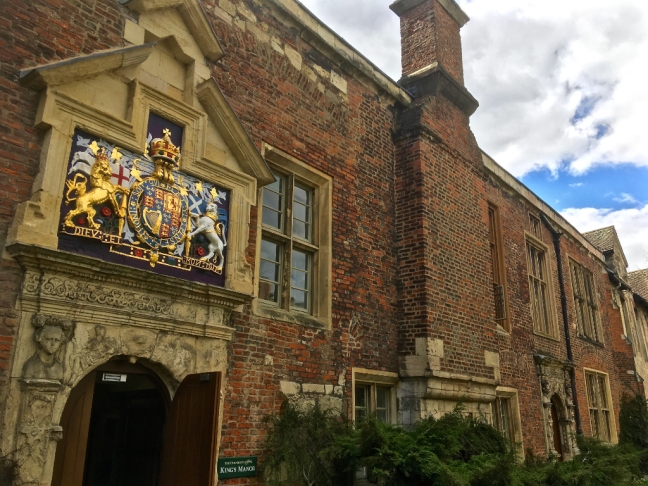 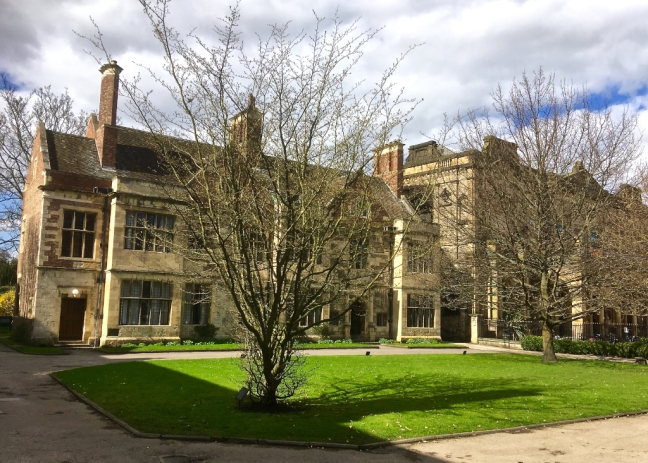 I continued to the nearby  York Art Gallery,  which has an extensive ceramic collection 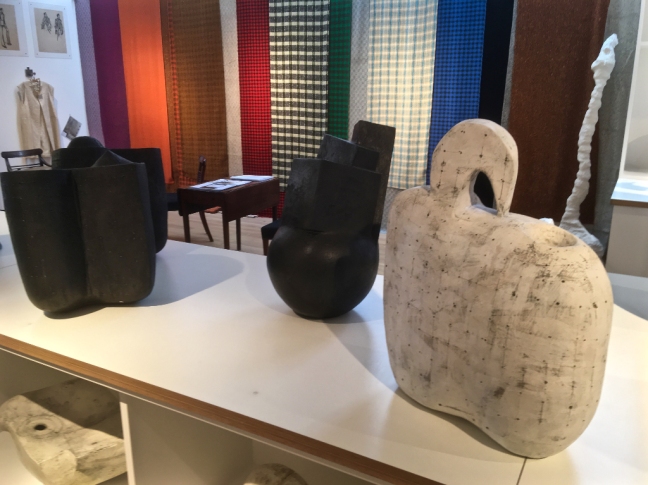 There are other substantial art works and regular temporary exhibitions. 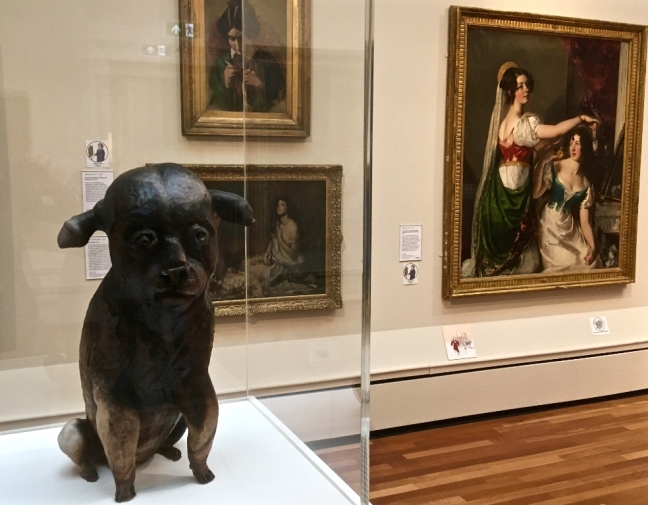 This is a very old painting of Robin Hood’s Bay, which particularly attracted my attention 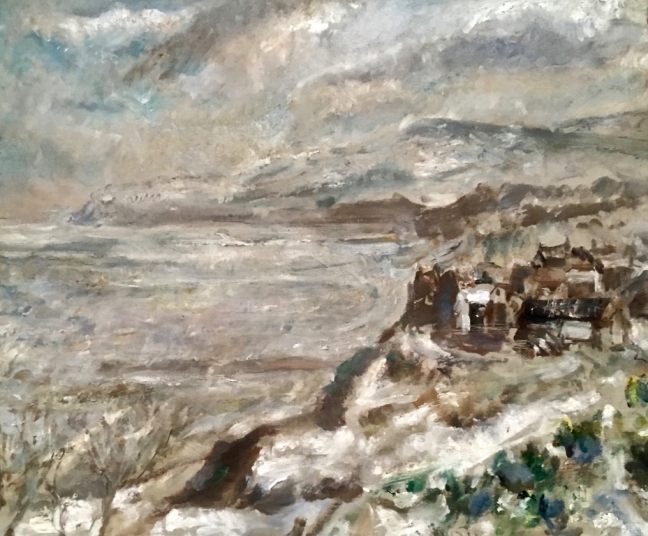 At the back of the gallery are some fine gardens and walled quiet areas. 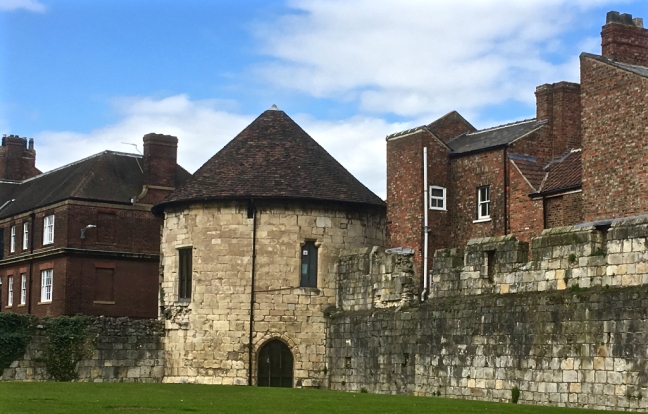 I then wandered past York Minster, built between 1220 and 1472,  which is the  largest Gothic cathedral north of the Alps and the largest medieval cathedral in England.  The Great East Window is the largest expanse of medieval stained glass in the world. 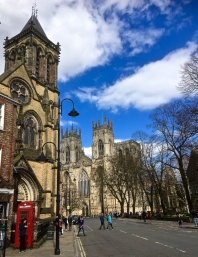 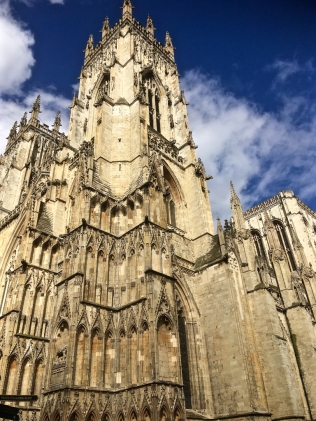 It was a fine, enjoyable, unplanned walk using only my mobile phone for photographs and a reminder of how interesting and beautiful York is.