We arrived at Bainbridge at just before 9.00am and started walking shortly afterwards on a dank day. We came across the following sign, which showed the rocks we had been on the previous Monday.

We climbed up to Brough Scar, where even the lambs were sheltering from the cold. 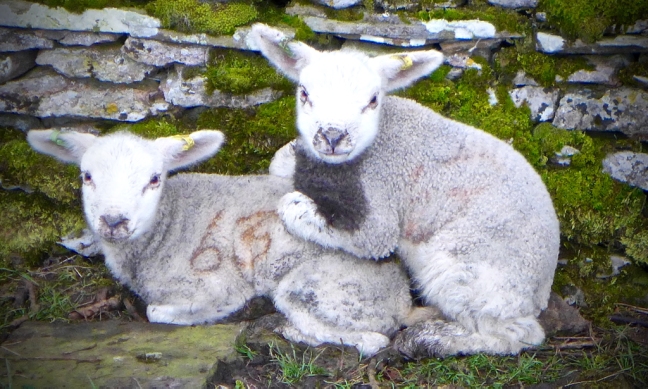 We soon reached a poor imitation of Stonehenge.

We descended to Worton.

The Victoria Inn there dates from 1698 and is the last remaining example in the Yorkshire Dales of a farm-cum-pub. Unfortunately, it was closed both in the morning and when we passed on it on the way home. 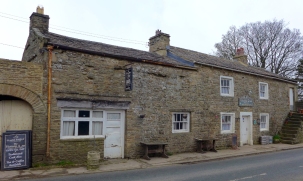 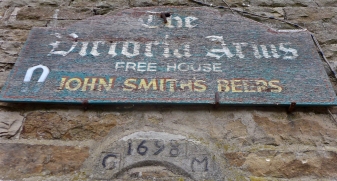 Sid the Yorkshireman had offered to take us for a drink there for his 65th as it is a ‘pub of great character. However, he has this ‘unique’ ability to offer us a free drink only to find the place he wants to take us is closed. It said open all day on the door so we reckoned he must have used the internet to check opening hours! We weren’t born ‘under a bush’.

Our route to Nappa Mill took us along the edge of the River Ure and followed The North of England Way. All that water will be heading to York, along with water from the Rivers Swale and Ouse!

Arriving at Nappa Mill we noticed that a car had seemed to have an argument with a lawn mower and come off worse.

A little further on sheep had taken over the old dismantled railway line that used to run to Hawes. 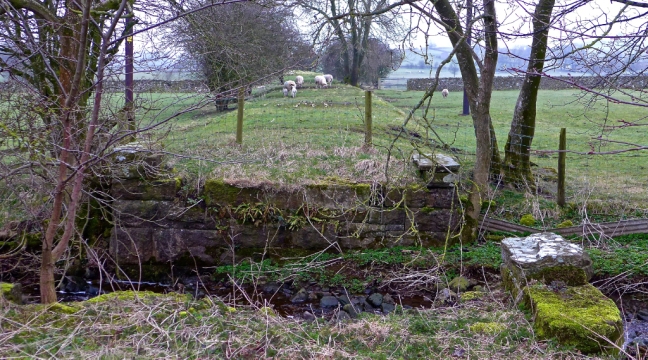 Nappa Hall, a fine fortified dwelling or ‘pele tower’ built in about 1450, was passed.

Newbiggin Beck was then crossed as Sid the Yorkshireman tried unsuccessfully to repeat his Basil Fawlty silly walk.

He then suggested we take the scenic route into Askrigg.

We passed The White Rose Hotel, Lodge Yard and the King’s Arms. 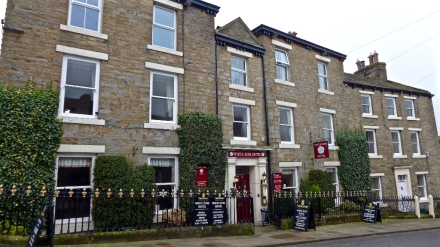 The main street widens in front of the 15th century church of St Oswald’s and has as a focal point an iron bull ring in the cobbles, where we stopped for our coffee and banana break. You have to keep Sid the Yorkshireman and Alf under control by some means.

Opposite is Crinkly House, the ‘Skeldale House’ of the BBC television series ‘All Creatures Great and Small’.

The church is the largest and most imposing in Wensleydale and its interior is worth a visit.

We then left the village past the Crown Inn, heading north along the road into the mist towards Swaledale.

The views were impressively bad in the increasing mist as we ascended steeply along the road for about 3 miles.

Unable to see Swaledale, we descended back towards Wensleydale to leave The Inn Way and to find a route back to the car. We should have seen the view below but in fact saw only mist.

It had been reported that on Carlton Bank on the North York Moors a rare and large Eagle Owl had been spotted.

We wondered if this was the Dales version. 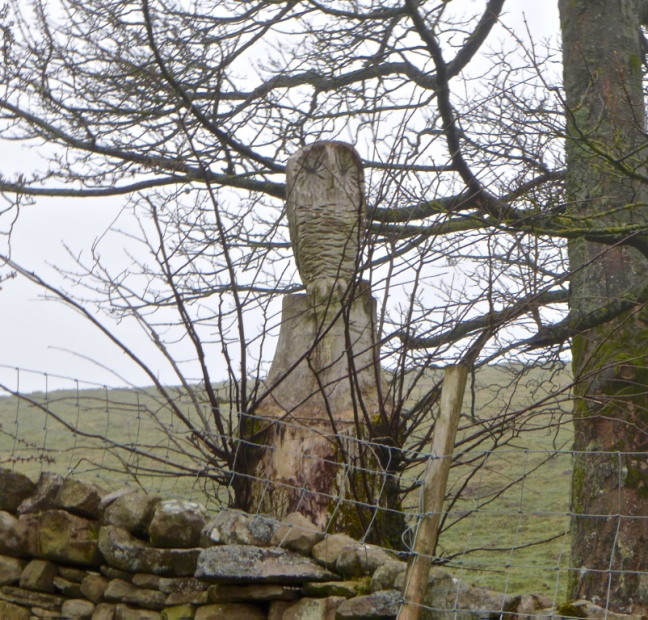 We left the road along Low Straights Lane (Track) and reached Mill Gill and the waterfall for a fine lunch location. See video on Facebook.

There used to be two comedians called Little and Large, but this is an optical illusion of Sid the Yorkshireman and Alf , caused by the differing rock levels. They also reported that the ground beneath their feet was vibrating.

That’s better.  If there was vibrating I didn’t notice it with sorbothane insoles inside my boots.

After lunch we came across a sequence of bridges, a packhorse bridge and one belonging to the old railway.

And one over the River Ure 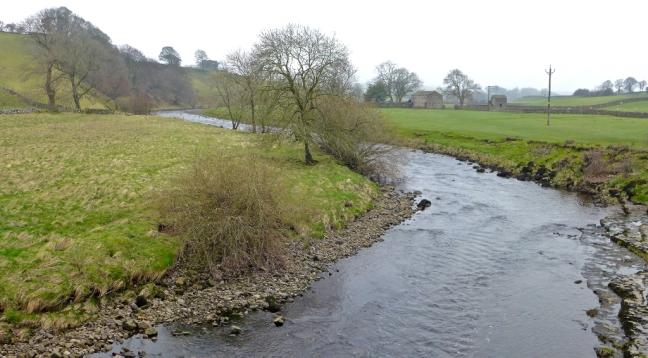 Arriving back in Bainbridge we noticed no expense had been spared on the bus signs.

The Rose and Crown was passed for the last time on this walk. 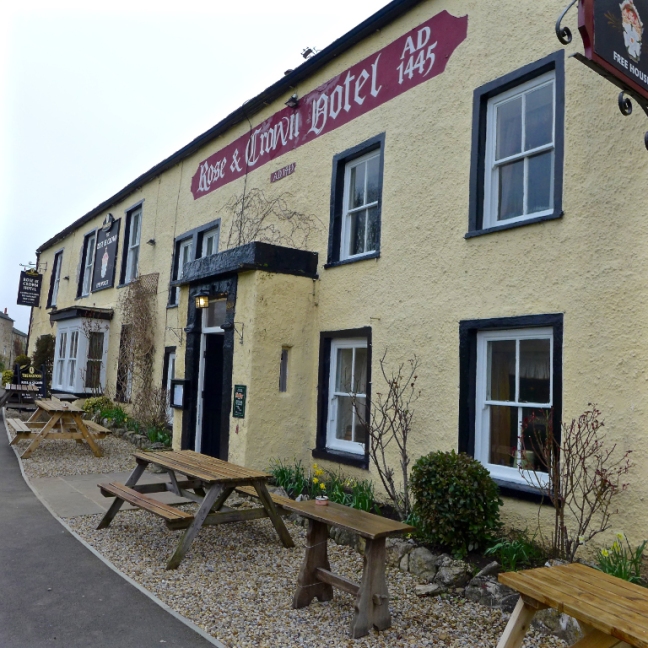 Despite the weather, it was a fine walk and it could have been worse as it rained whilst driving back home.