From the Masham Market Square we paid our 50p car parking in the honesty box and headed down to the River Ure. Fishermen were out in force.

It was a beautiful morning

The gate and sign were surrounded by vibrant vegetation and flowers. 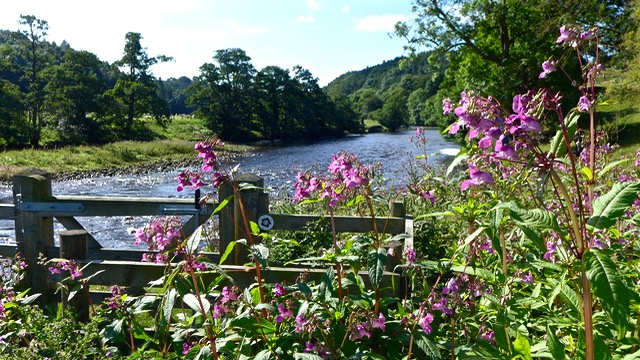 A ruined dove cote on the hill was passed. 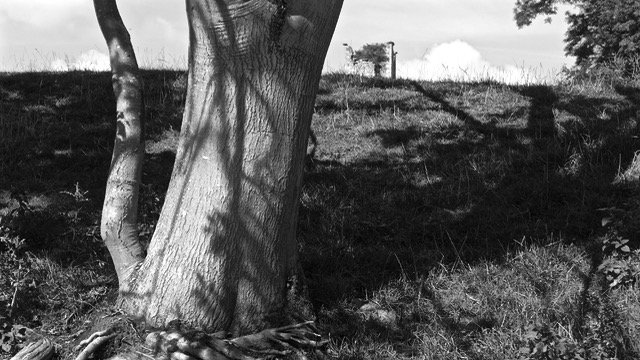 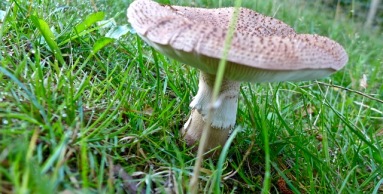 We reached a viewpoint in Hackfall Woods, which was painted by Turner.

It was a moment in time which stood still, when elements came together all at the right time.

The fisherman was in the perfect spot, the light on the river in front of him was ‘just right’ and Masham church spire could just be seen. One step left or one step right and it would be misplaced. The trunk on the right would, under normal photography technique, be cropped out as a distraction. However, I decided to leave it as it seemed to have bent in its growth in order to capture the view.

A little further on we found a perfect spot for our banana and coffee break. A sandy beach!

I think the views and sun were starting to affect Alf as he started to fish with his trekking pole. Now I am not a fisherman, but I would have thought to catch anything he should have put a line on the pole? Some folks will do anything to get in my photographs.

He probably thought it was another Turner moment in time. 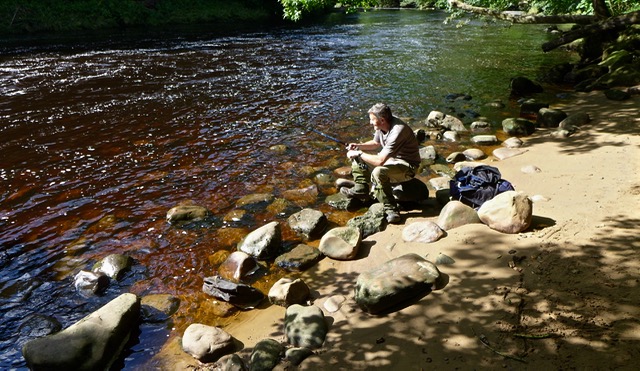 The River Ure gained speed and made for delightful walking. 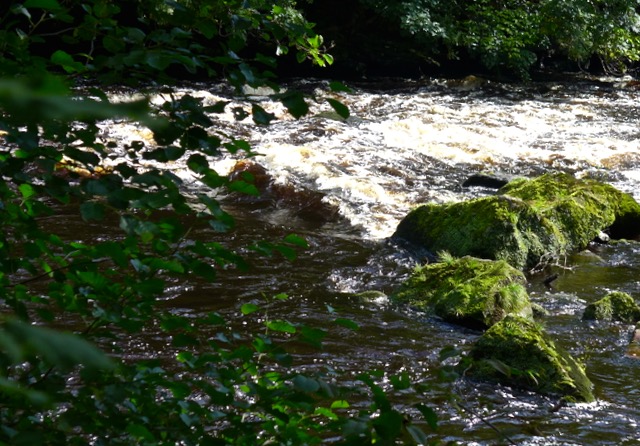 We soon arrived at a folly, Fisher’s Hall. There is some debate as to whether it was named after William Aislabie’s head gardener William Fisher who would have undoubtably have been deeply involved in the construction of Hackfall or, because of its proximity to the river, it is a fisherman’s rest building. Above the door is carved W.A. 1700. It was built about 1750. The Penny Magazine 1835 makes a mention of the stone used to build it. 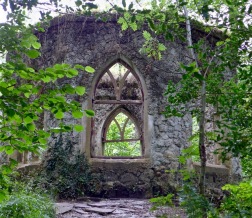 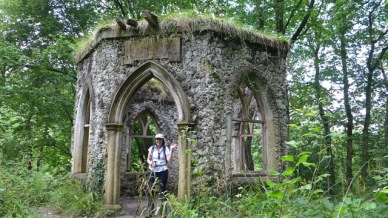 One or two signs on the route were difficult to spot. 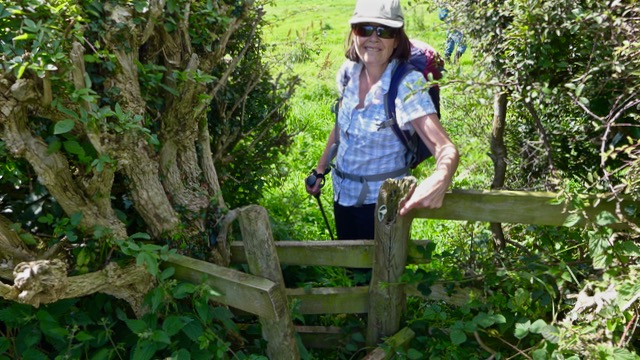 Some crops were high.

Cows tried to block our route. 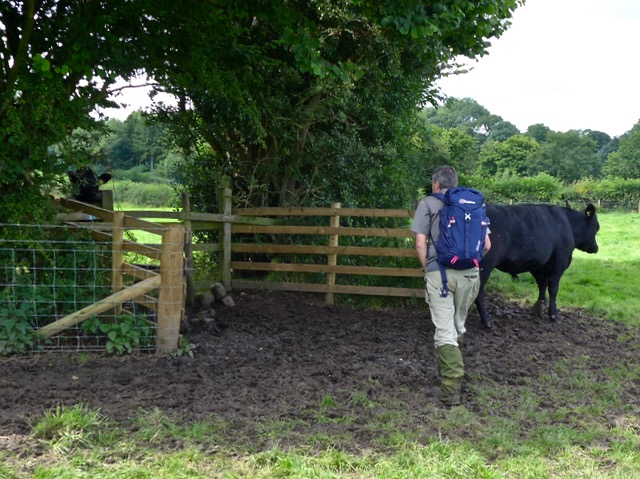 Not to mention ducks, sheep and children in Grewelthorpe. 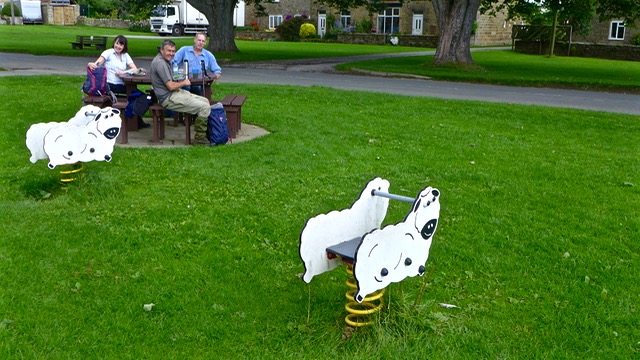 We eventually reached the ‘Fields of Gold and Barley’. Sting and Theresa May would be jealous.

We then encountered the ‘hens and chickens stones’! 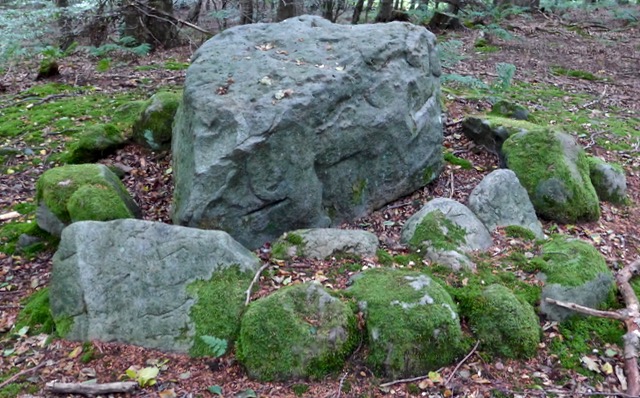 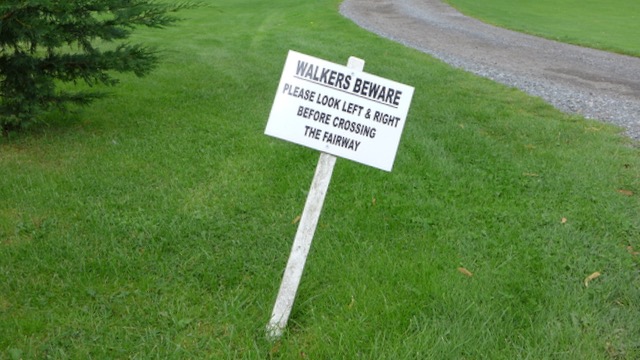 You can make what you want of these strange structures, which stretched our imaginations.

This Jameson cow was one we didn’t mind encountering!

But even better was arriving at Theakston’s in Masham 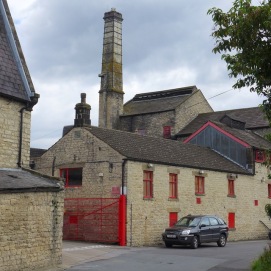 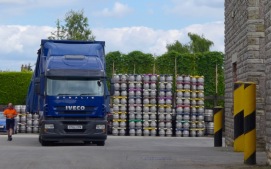 But, as it was a hot day, we settled for a Brymor ice-cream. Bah Humbugs!