Leaving the ship after another sumptuous lunch, we headed off for my guided walk to the Haereid Viking burial grounds, Western Norway’s largest area of burial mounds from the Iron Age and Viking periods. It is home to almost 400 graves from 400-1000 AD, which are located on the Haereid plateau at 100 metres (328 feet) above sea level. Perhaps one of my relatives would be there as my DNA is 35% Viking! 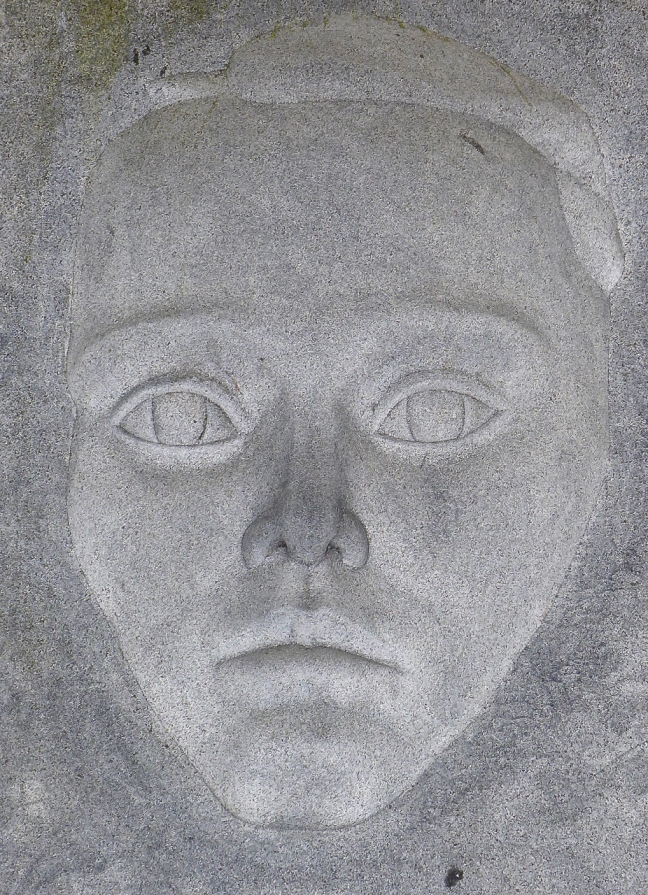 Here is the route.

We passed canoeists in the fjord

And ice carving in the car park!

Then a caravan site by the fjord, to begin an ascent to a viewpoint at Hodna.

We were intrigued by a house which had strengthened guttering for snow and a ladder for clearing snow off the roof. 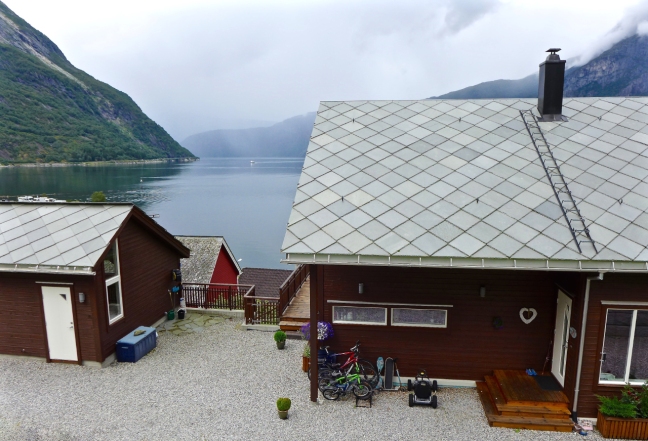 There were soon retrospective views of our ship

What a back garden!

A train came down the hill.

Before we reached the viewpoint. 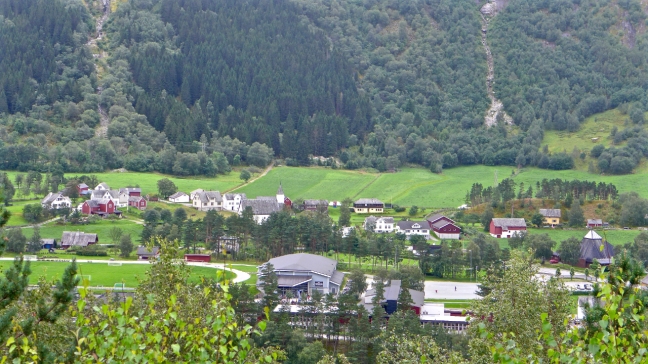 A sign warned of avalanches that had occurred in the area but our path was quite safe. 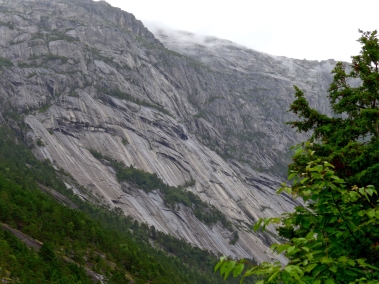 There was no time to let the grass grow under Carol, Sid the Yorkshireman and Alison’s feet so I urged them on. There was enough grass on the roofs. 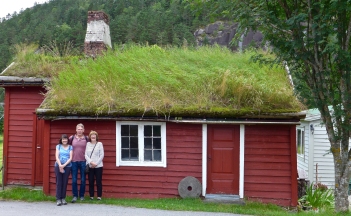 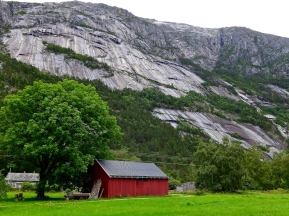 I was delighted to find an old Volvo and Steve found a VW. Like us they had seen better times.

Someone coming the other way did say they had not seen any burial grounds and we pointed out they had passed them!

Further on we found the burial mounds.

Many Viking and other artefacts have been found in the area, such as a gold ring, iron axe, arrowheads, a knife, a blade, a brass ball, coal, shards from clay vessels, charcoal, a shield buckle, rock crystals, three-leaf bronze clasp, an Irish 9th century circular buckle and an iron frying pan.

We then descended and many people coming up in the opposite direction asked us how much further it was to the graves.

We arrived at a delightful beach overlooking Eidjordvatnet. An opportunity for some photography and a rest.

The path became a track alongside the river and even included a smart toilet. 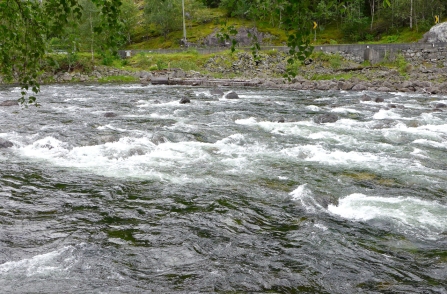 Finished off with some interesting signs.

Had we not got a ship to return to we could have booked a bad room or two!