As I have now started my 50th long-distance walk, it seems appropriate to reflect on who encouraged or influenced me in my decision to set myself the target of 50 long-distance walks by the time I was 85. This target was set around the millennium after having done 10 long-distance walks in 10 years. So projecting forward it seemed a reasonable target. I have since had more time to increase the annual walks such that I am likely, all being well, to finish 20 years ahead of schedule. I also went to the excellent Alfred Wainwright Exhibition in Keswick over the weekend and this led to thoughts about his influence on not just me but generations of walkers since.

My father was a great influence as he walked in the Lake District in the pre-Alfred Wainwright years. It also appears that he fished too but I don’t remember that. 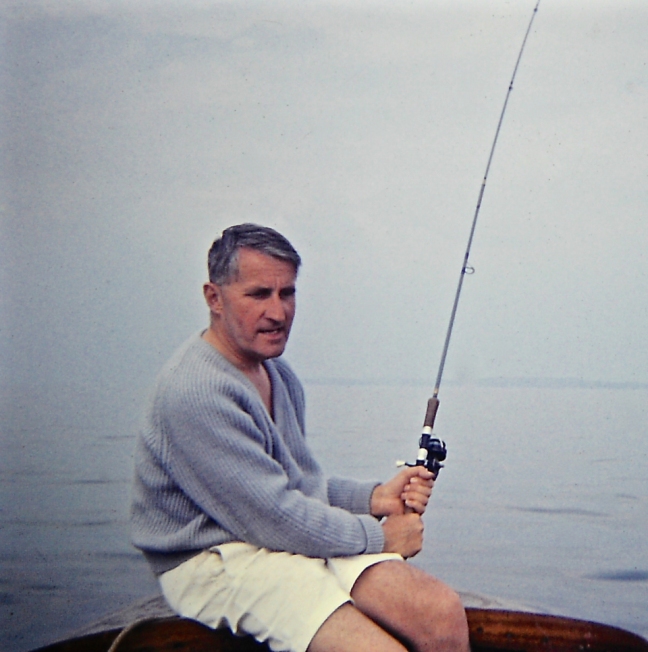 My father then started to acquire Wainwright’s guide books and  I have since been fortunate to be able to use them. Their detail and accuracy is second to none.

However, it was Wainwright who with A Coast to Coast Walk captured my imagination for long-distance walking. Seeing the TV series with Eric Robson and this elderly gentleman with a pipe made me think if he could walk coast to coast then a much younger me certainly could. 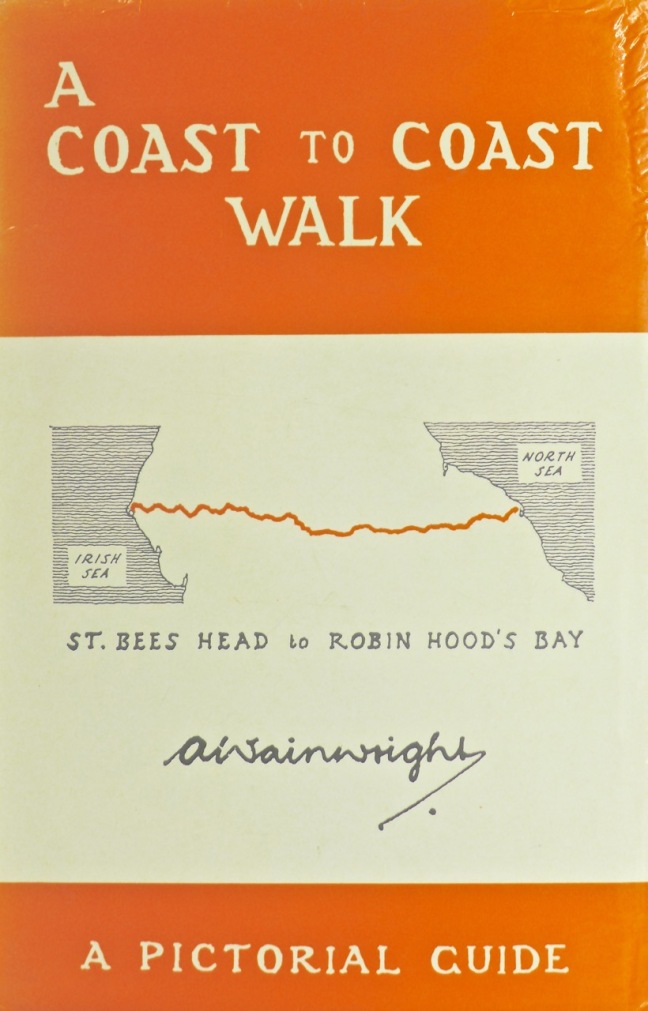 He didn’t of course walk it in one go with a pack on his back but that doesn’t detract from the genius of Wainwright who devised whole new systems of looking at the countryside, mapping it and recording it.

One of my most exciting moments was when I was able to include the view from Orrest Head in my own coast to coast guide book as it was where Wainwright’s life changed.

Another interesting time was reading his book A Pennine Journey, which had laid in a drawer forgotten until 1986. A purely descriptive record of a walk he completed in 1938 I decided to work out his route and write a guide to it. The outcome will be described later in my diaries. 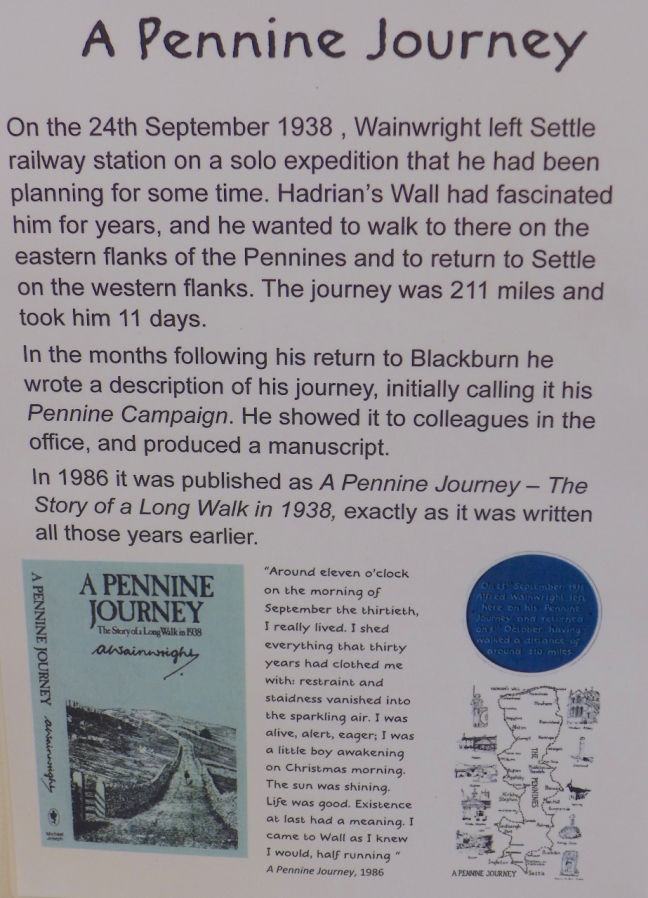 It is sufficient to say at this stage that I received an acknowledgement in a book A Pennine Journey, published by the Wainwright Society in 2010. I was its 40th member and now there are well over 1,000 members, a testament to Wainwright’s enduring influence.

Further information is available at the Wainwright exhibition in Keswick Museum until January 2017.

The equipment he took with him on walks

His interests and leisure pursuits.

The plates that were used to print his books.

Like for many other walkers and followers, Alfred Wainwright influenced and changed my life for the better……………………….