I banged on the shower door of our cabin on our ship Marco Polo and shouted “ICEBERG. ICEBERG” as loud as I could. A huge iceberg was just passing our porthole and it was the first one I had ever seen. This photograph was taken later but shows the ship and the sort of iceberg that was passing us. Nine tenths of an iceberg are hidden below the sea. 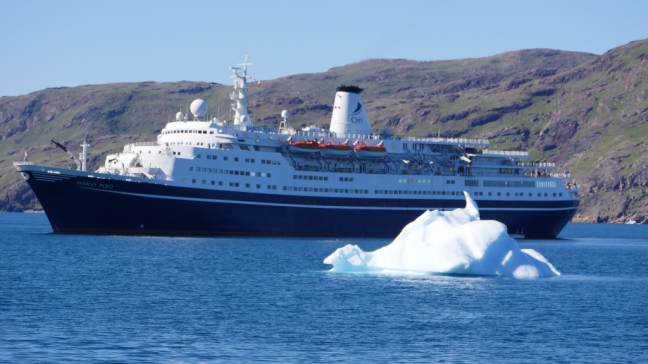 My wife Celia came dashing out of the shower naked and dripping wet. It was the nearest I would get to the ‘Titanic moment’ when Leonardo DiCaprio drew Kate Winslet completely nude, except for a necklace. Celia didn’t even have a necklace on.

Celia passed me by to jump on the bed to look out of the porthole to see her first ever iceberg. Well we have been married 44 years what else did you expect!

This was not to be our last ‘Titanic moment’ on our journey to Greenland.

We were now well and truly on our three week holiday, which started on 27 July 2018 and finished on 18 August 2018, during which we would travel over 5127 nautical miles, equivalent to 5900 ordinary miles. 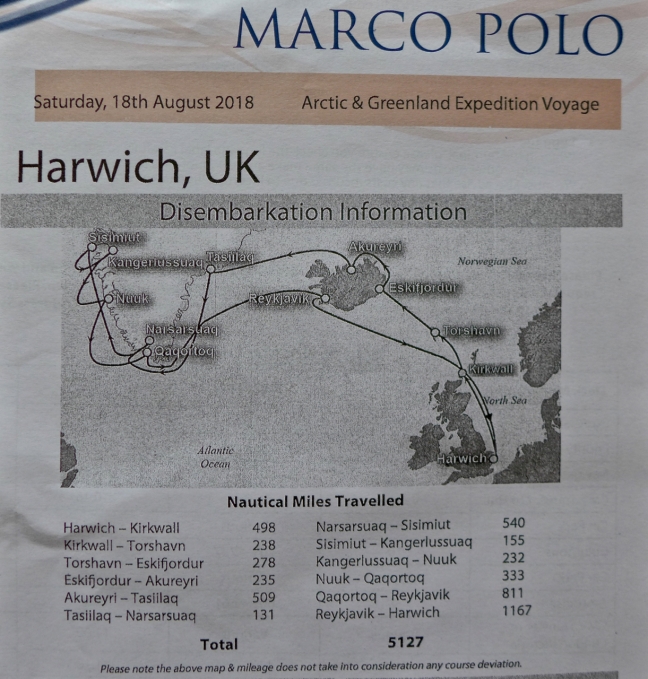 For those who know little about Greenland, it is the largest island in the World ( although larger Australia and Antartica are continents). Over 80% of Greenland is covered in permanent icecap (see bottom right below). Iceland, which we would also go to, is the smaller island bottom right. 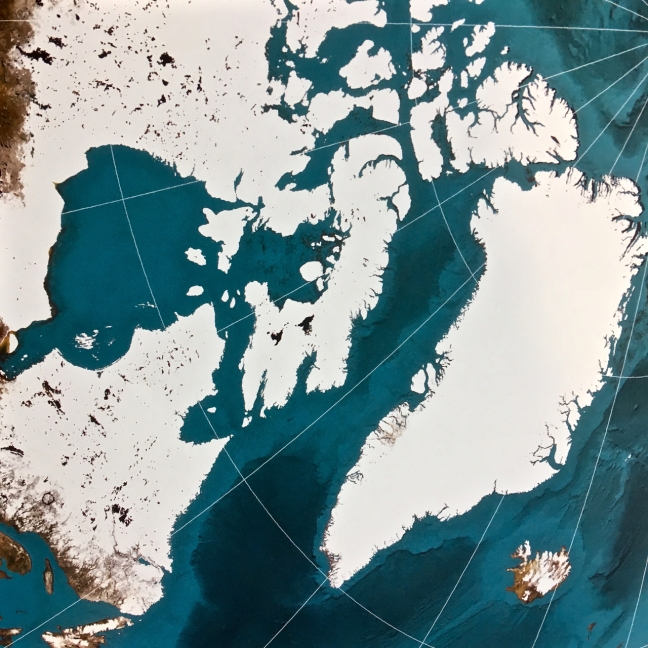 North Greenland is not that far from the North Pole! We went to South Greenland. We also went so far West we had to alter our watches and cameras three times going there and three times coming back. 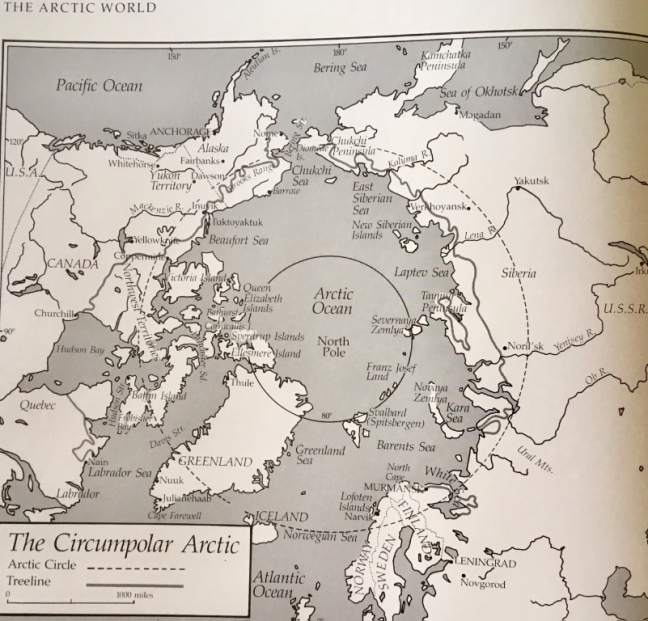 Our ship Marco Polo, shown below in Akureyri, Iceland, was quite small and over 50 years old. With 800 passengers it is the one behind the MSC Meriviglia, the latter which has about 4500 passengers and shouldn’t be allowed in small ports. The passengers swamp small communities and I even met a passenger from the MSC ship who said it was just too big. They are not of a human scale.

Marco Polo was built in East Germany for the Russians to a military specification and fortunately it is ice strengthened. It still has the original engines of over 50 years! It entered service in 1966 when England won the World Cup! It is quite iconic with sleek lines and the feel of being a real ship, not like the modern giant cruise ships which look like blocks of flats and seem top heavy.

I can only think of one other ship Hurtigruten’s  Lofoten which was built in 1964 and has a similar loyal following amongst some passengers to that of Marco Polo. There were many repeat passengers, although it was our first time. 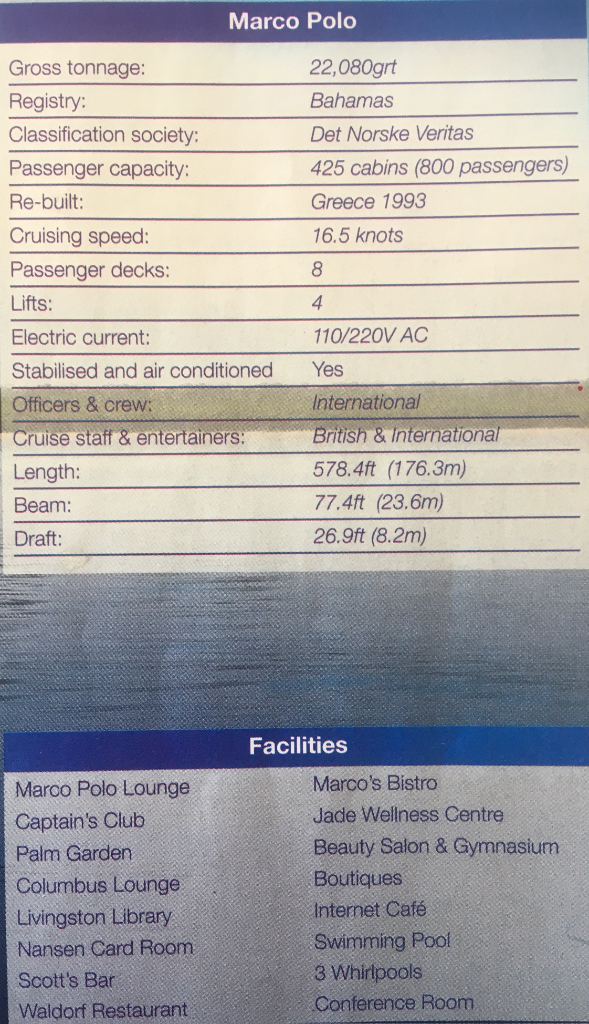 Our cabin 227 was on the Baltic Deck which was to prove excellent for seeing icebergs.

An excellent book on the history of the Marco Polo is available for £7.99 from Cruise and Maritime (normal rrp £15.99). 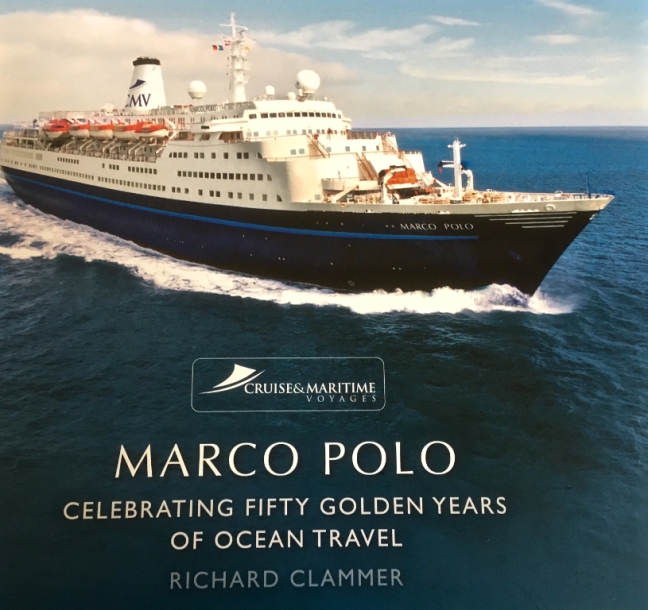 Greenland, with only an estimated population of 55,877 (1 January 2018), has many unusual attractions not least huge icebergs, glaciers, whales, dolphins, porpoises, seals, walrus, sea eagles, muskox, reindeer and even polar bears. 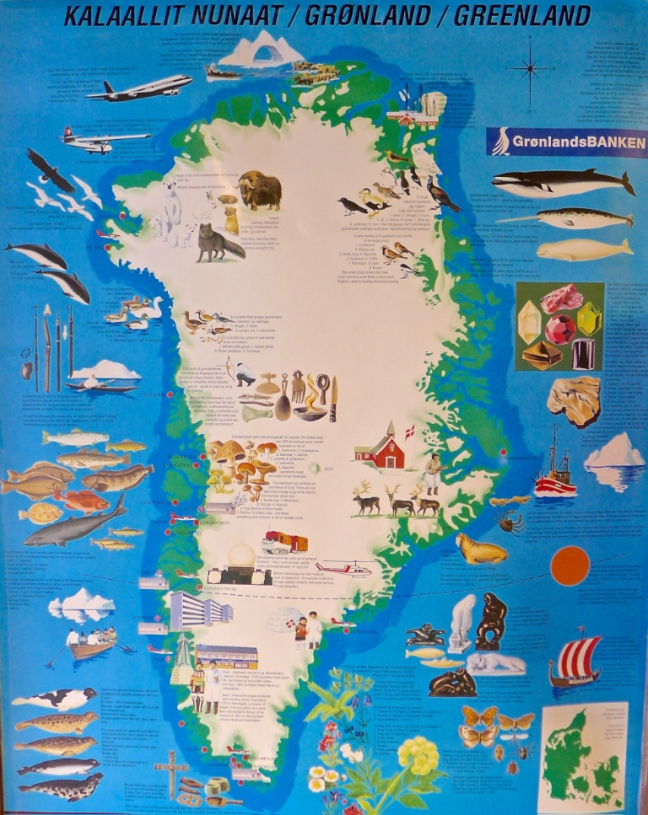 It was such attractions and a 2 for 1 deal from Cruise and Maritime that led us to book this trip over a year ago. Greenland is not the easiest place to travel around with only 62 miles of roads in its capital Nuuk, few airports, the largest one being somewhat isolated in Kangerlussaq. There are no roads between towns and villages. Getting around is generally on a sledge with a few huskies to tow you along or by boat. Travelling by ship seemed the best way to visit it. 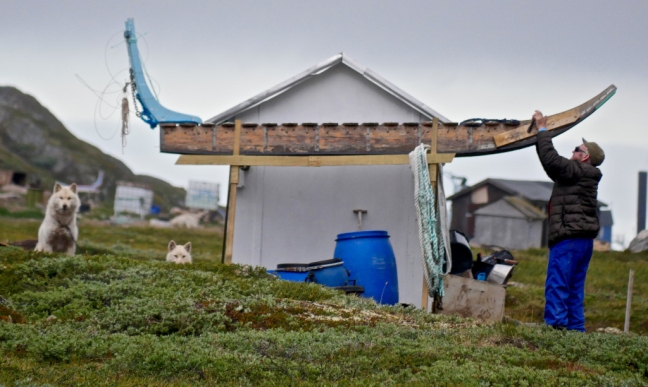 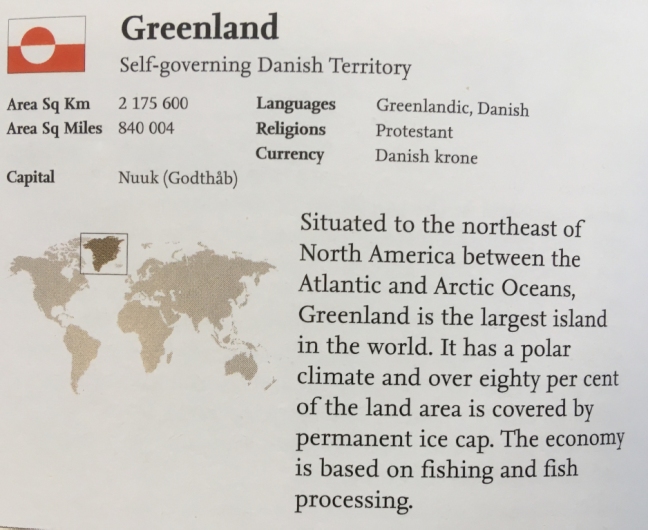 I hoped to find some walks when we docked in ports and indeed did find some. However, there are mosquitoes and black flies (that can give ulcers and cysts from bites) and so some protection is advised as with my head net below. One passenger was hospitalised on a previous trip due to black fly bites. 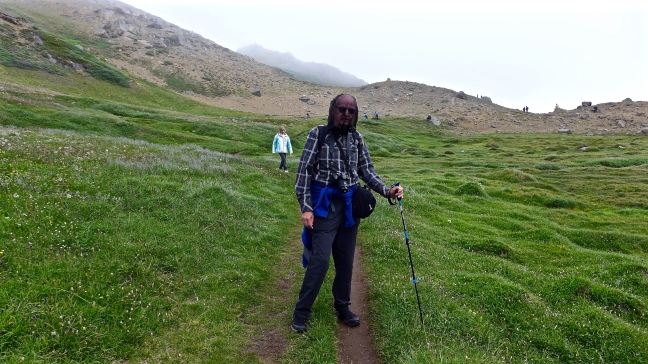 So you are welcome to join me on this memorable journey, through my blogs (on Facebook or Word Press) which I will write over the next few weeks………..