We left Hull at about 5pm with 550 ‘one nighters’ on board and, after passing some scrap that often accumulates around ports, we passed through a lock and past the P&O ferry and a cargo ship.

Some of the one nighters partied until 4am!

They departed at Harwich next morning to be replaced by the other passengers who, like us, would be going to Greenland. We decided to walk into Harwich but only got as far as Morrisons supermarket. We left Harwich at 7pm.

This was a sea day and because the forecast was for rough weather our scheduled tender stop at Lerwick on the Shetland Islands was changed to the port of Kirkwall on the Orkneys. This suited us as we are going to the Shetland Islands next year. Whilst at sea there were the usual port and excursion talks and other ship activities and it was an opportunity to get used to our first time on this ship. There are two decks suitable for walking around which suited me.

Our Captain was Sergiy Zhygalin whose first position on graduating from Odessa Marine Senior Academy was as 4th officer in the Arctic on an icebreaker. Useful experience for where we were headed.

We arrived in Kirkwall at 7am. 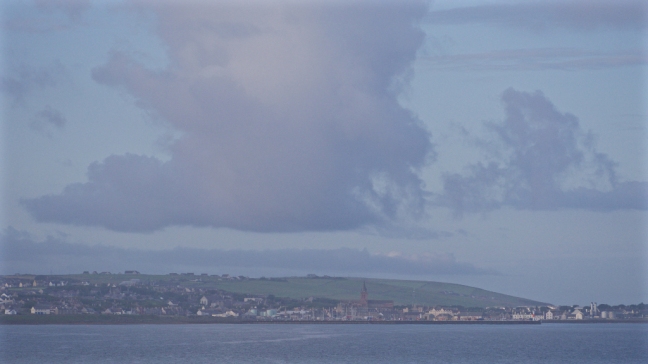 We then continued to Skara Brae, which is the best preserved prehistoric village in Europe dating from 3,000 B.C. It was inhabited for approximately 500 years. We walked along the ‘decorative’ beach to get there. 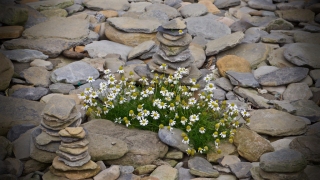 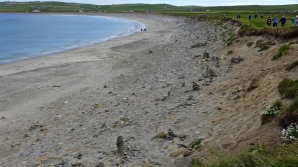 To enter the Information Centre and a ‘house’. 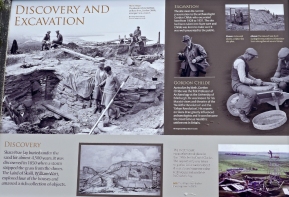 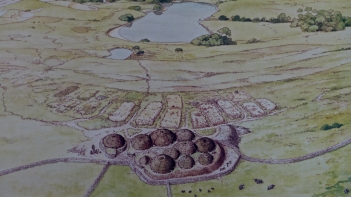 We then walked around the outside 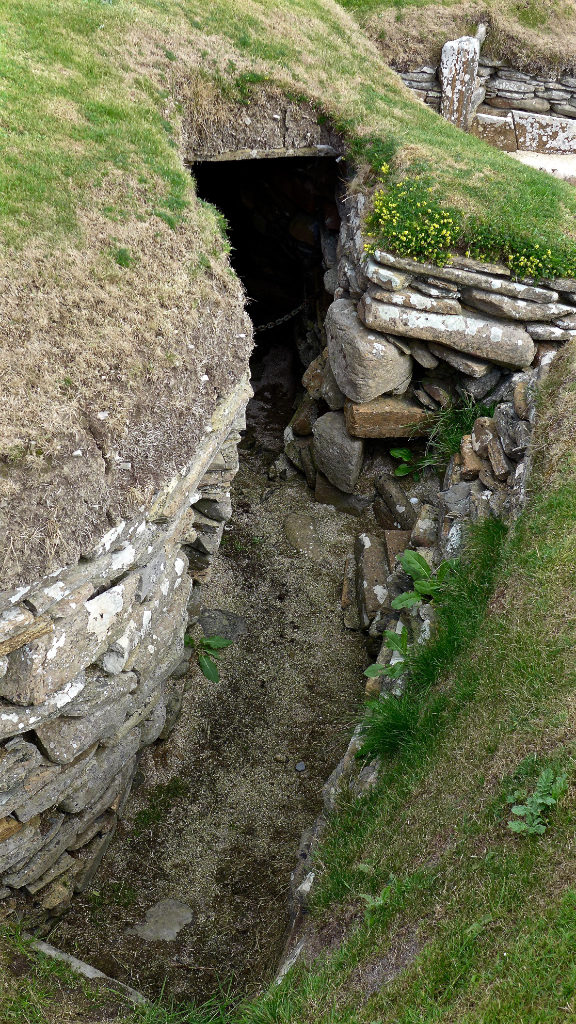 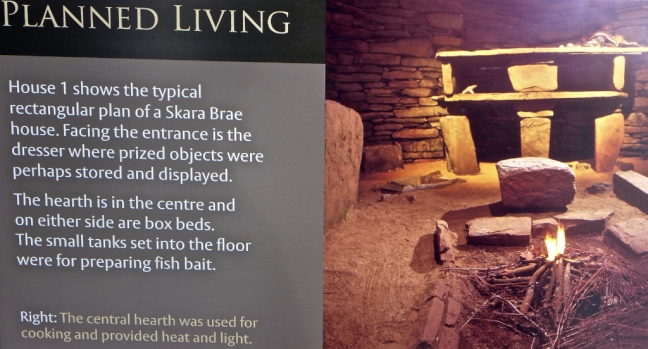 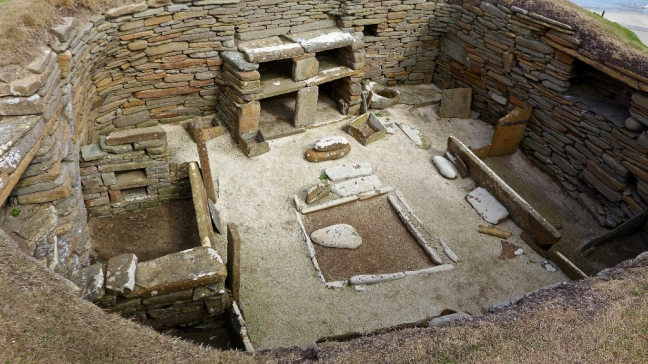 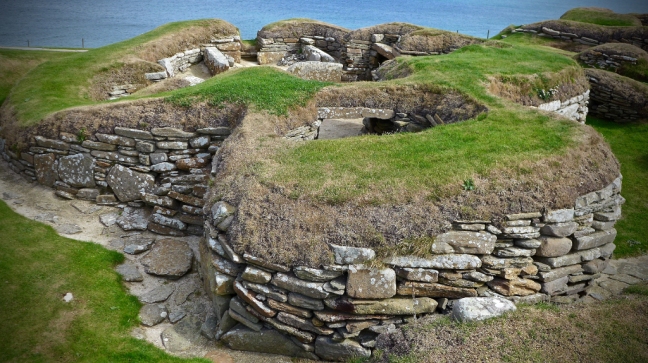 I then headed to Skaill House where some of Captain James Cook’s crockery is kept.

After lunch on the ship I walked around Kirkwall in the area of St Magnus Church. 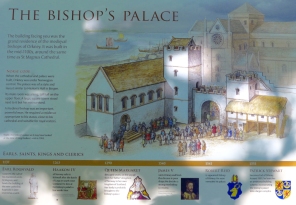 The inside of the church is full of interest. 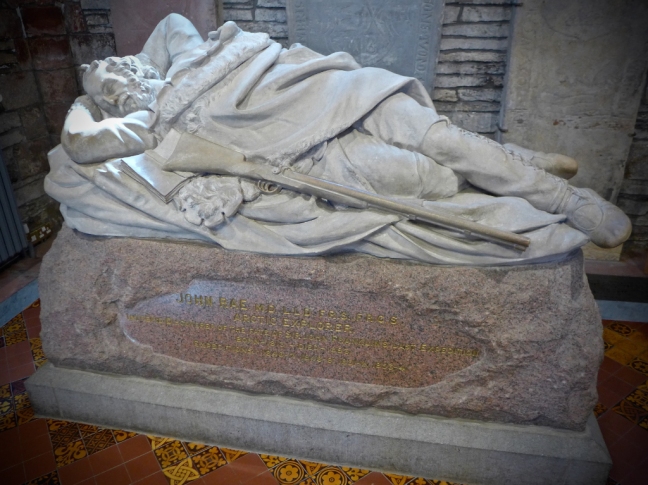 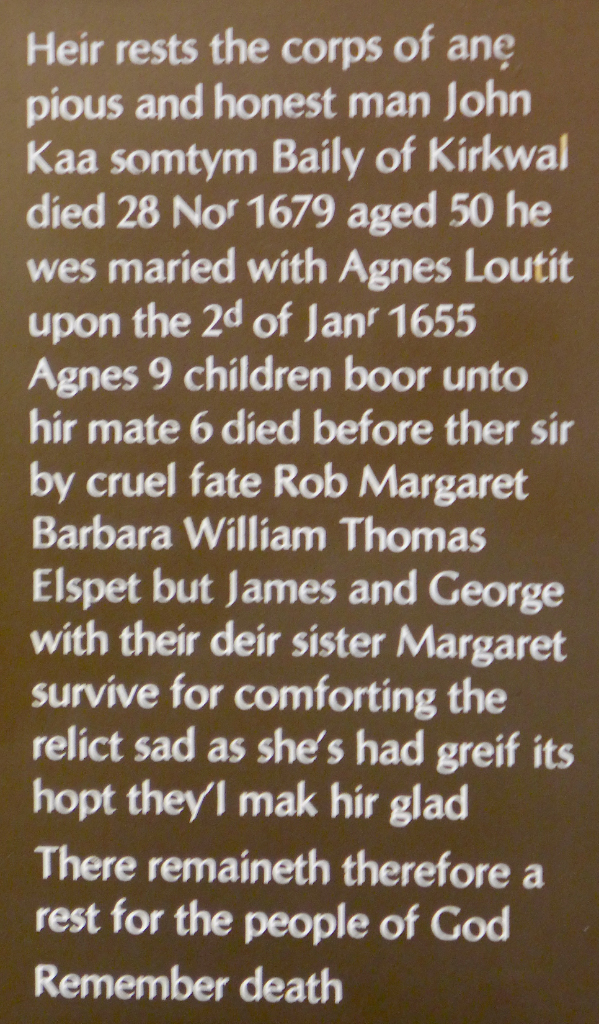 I then walked through town for an ice-cream and then around the harbour.

Finally, there was a sunset viewable from the ship. A fitting end to a fascinating day.