We parked at Goathland near the Mallyn Spout Hotel.  We had the now routine debate as to whether to wear microspikes and Carol and myself opted for them and Sid the Yorkshireman didn’t. He  nearly regretted this later on. We ascended the moor above the Hunt House Road.

There were fine clear views from the Moors, but with little wildlife other than the sheep and grouse. 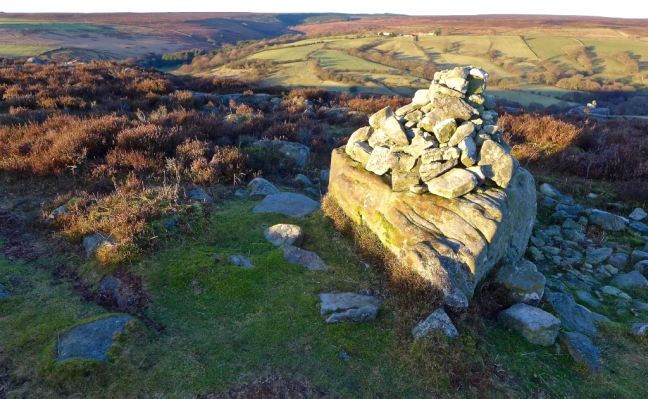 There was certainly a biting wind and we were pleased when the sun came up above the ridge.  We descended to Hunt House

Shortly afterwards we passed Wheeldale Lodge, which was formerly a shooting lodge and then in 1948 became a youth hostel. It sadly closed in 1999.

Our path crossed the route of the Lyke Wake Walk, which marches 42 miles from Scarth Wood Moor, Osmotherley to Ravenscar on the East Coast.  Since it was first walked on 1 October 1955 over 160,000 people have walked it. Anyone who completes the walk can purchase an official coffin badge. That’s assuming you don’t end up in a coffin trying to do the walk in less than 24 hours.

Now I always thought John O’Groats was in Scotland. However, it is here in Yorkshire and marked on the map as such. So all those people who say they have walked/cycled from Land’s End to John O’Groats in Scotland have got it wrong. They should have come to Yorkshire. To celebrate we stopped here for our banana and coffee break in the bright warming sunshine, sheltered from the wind. It was hard to get going again.

Emerging from the forest at Wardle Green, we had to do a short out and back to rejoin The Inn Way at Wardle Rigg, from where we had left off on the previous walk. 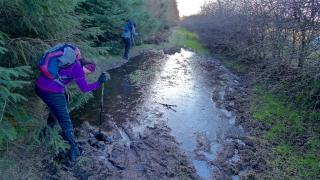 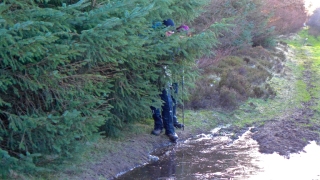 This proved problematic as trees mud, ice and water blocked our path. Carol who is much lighter than me was nearly catapulted into the mud by the trees as she tried to push them back. See the video on Facebook: The Secret Diaries of a Long-distance Walker for a good laugh. I couldn’t stop giggling!

And of course we had to do it twice!

Emerging from the trees there was a fine prospect of an ascent to Simon Howe.

At Simon howe there was a good photograph opportunity.

However, it was too cool to linger and, after some naughty motor-cross bikes passed us illegally and Sid the Yorkshireman fell on the ice again, we descended to Goathland. 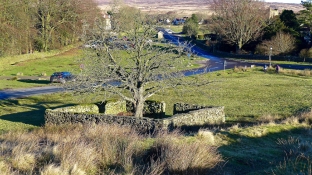 Sid the Yorkshireman thought about an early bath but decided the weather was so good we would do an extension to Beck Hole. 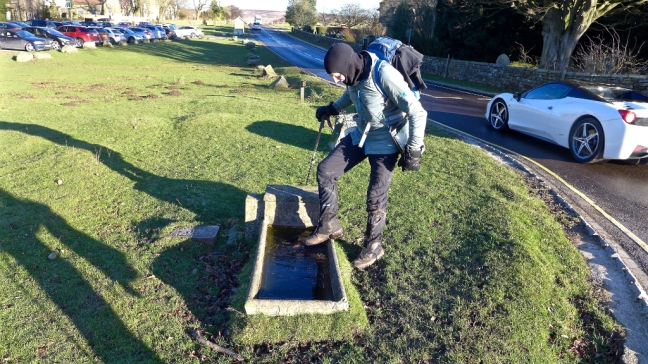 We passed the Mallyn Spout Hotel, which was quite busy. 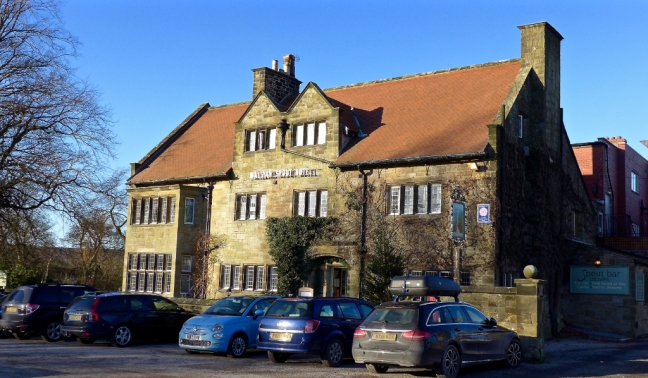 Sid the Yorkshireman was stopped for speeding by PC Nick Rowan from Heartbeat. My first car was a Ford Anglia, which indicates I am no longer 21.

Being The Inn Way I took the obligatory photographs of the hotel/inns of Goathland or is it Aidensfield in the 1960s Heartbeat TV series. You can take your choice.

We hurried on as lunch at the station was in prospect. We had a sheltered bench in the sun and were able to watch the trains.

After lunch we carried on to Darnholme and then got a great video (see Facebook: The Secret Diaries of a Long-distance Walker) of a steam train in the valley far below us. The sound of the train resonated in the valley below as it worked so hard to ascend the incline. A living machine! 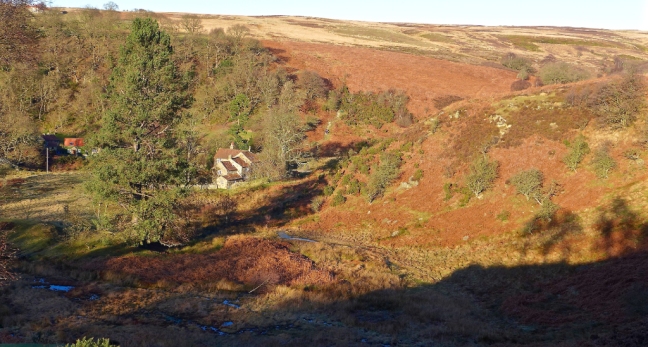 After Beck Hole we left The Inn Way to ascend and then descend, somewhat tired, to Mallyn Spout (Waterfall).

I have never seen it with quite so much water. 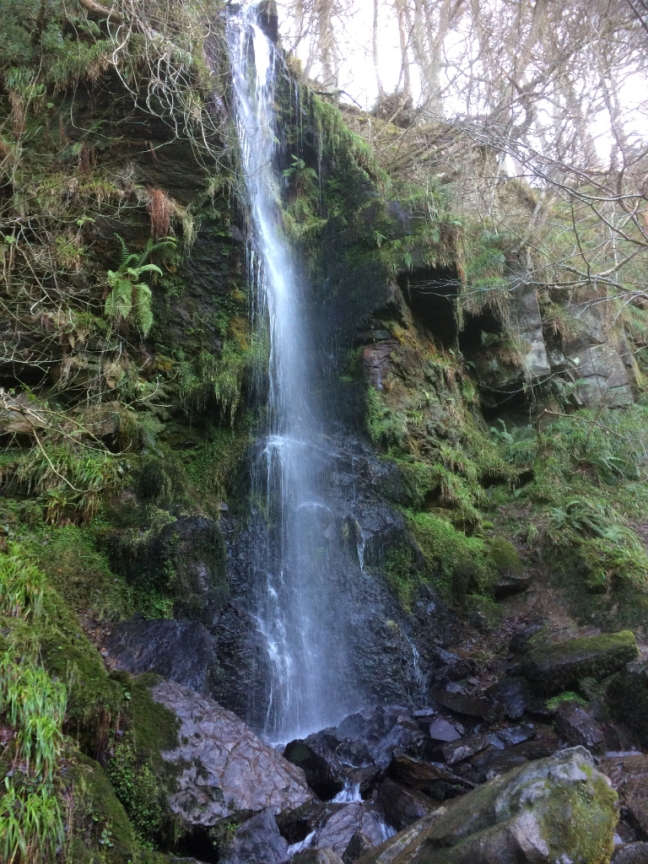 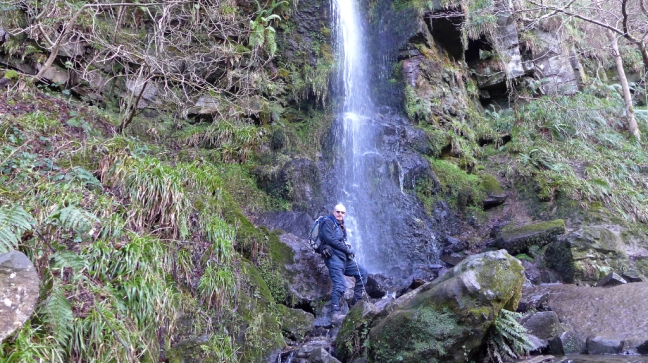 A final ascent up the many steps to the hotel brought us back to the car and the end of another great days winter walking. We saw few other walkers all day, except around Goathland.

Maximum Pulse Rate from 52 resting – 132, which is my maximum since getting my fit-bit.