After hitting a large pothole in heaven rain on the Yorkshire Wolds (see previous blog) my car had to go back to the garage for the second time to find out why a tyre had gone down for a second time overnight.

Sid the Yorkshireman and myself decided to go to the Wolds to see if we could find the offending pothole in preparation for a compensation claim against the North Yorkshire County Council, especially if I might need a new wheel and tyre at over £350.

We soon found the offending pothole, which was 5 inches deep and over 2 foot long! It was on a narrow single track road so even if it had been visible (it wasn’t because of the heavy rain) it would be difficult to avoid. 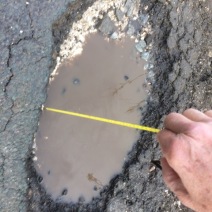 Job done the next day we decided to do a walk on the Yorkshire Wolds with Alf from nearby Thixendale.

We initially followed the Wolds Way and then the Centenary Way to Toisland Farm and Birdsall Brow where there were expansive views.

We then descended to Birdsall. The Manor House could be seen in the distance.

The trees were still clinging on to their Autumn colours. 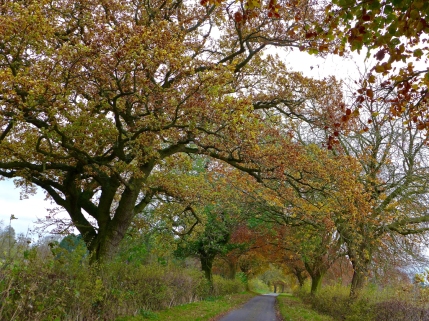 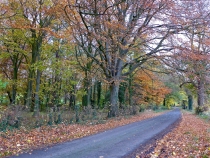 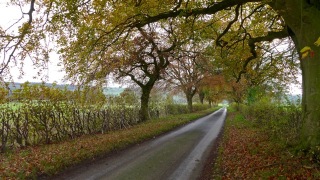 We passed the imposing church. 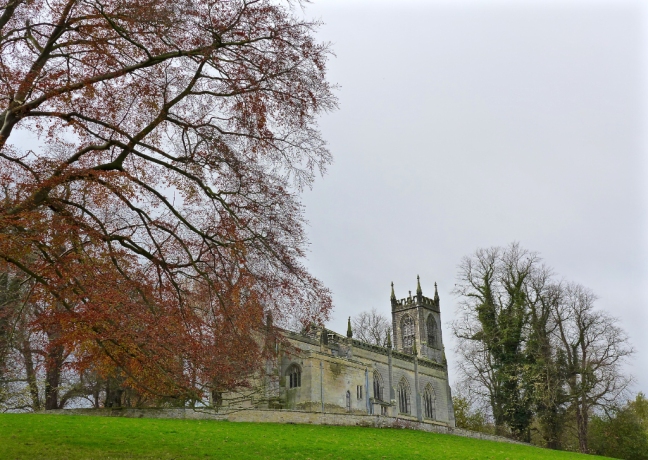 After a coffee and banana break we found a danger pothole sign!! However, this would not have helped me to avoid the offending pothole as we had approached it from a different direction. 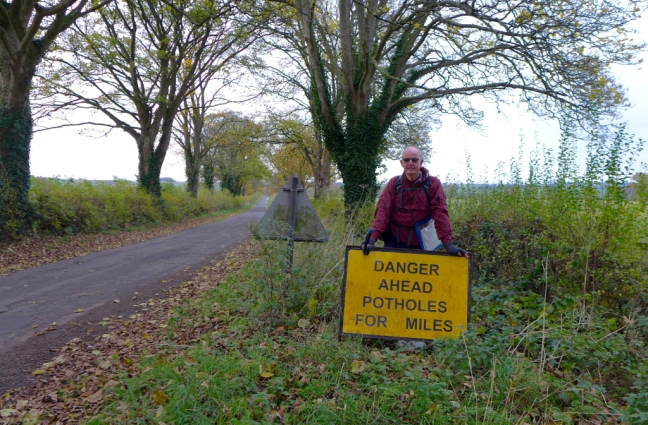 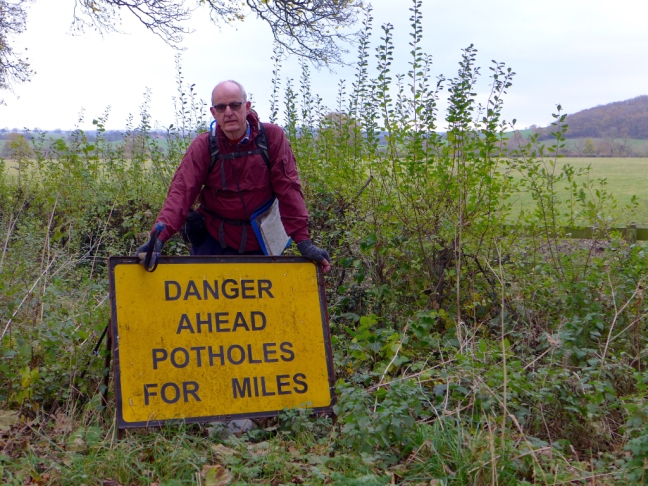 We left the lane to pass through some very wet and muddy fields near Mill Beck, but managed to overtake 3 other walkers. We passed under the old dismantled railway line at North Grimston.

We found a new bench in memory of a local farmer, which had excellent views for a lunch stop, but was a bit exposed to the winds.

We had a look at one of Alf’s Yorkshire Wildlife Trust sites.

Before having a brief stop at the deserted medieval village of Wharram Percy.

A muddy path led back towards Thixendale. 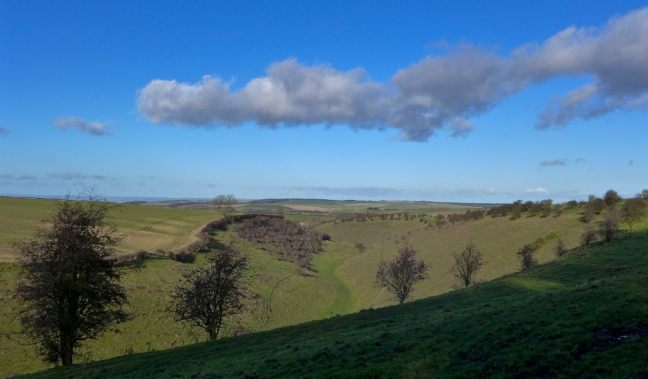