Still on the North of England Way, we ascended a step path out of Hutton-le-Hole to join a pleasant, probably ancient, enclosed way. 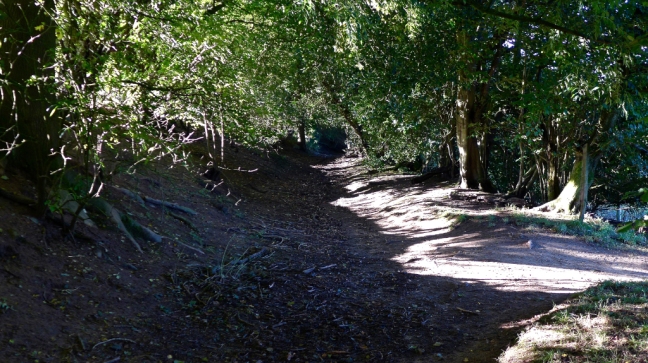 To reach a fine viewpont. On the last of the four photographs it is possible to see Rollgate Bank in the far distance where my trig point is located. 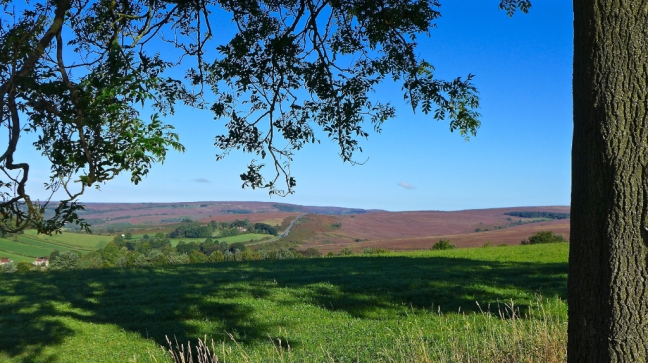 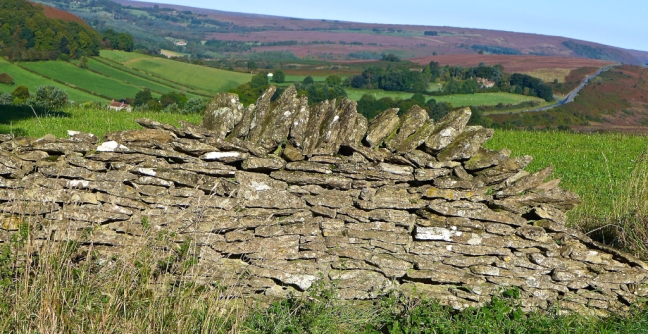 We then reached the small hamlet of Spaunton with its Pinfold, which would have been used to hold stray animals.

Just before descending to the beautifully located village of Lastingham at the next junction we diverted to Victoria Cross, just off the road . The Cross was erected in 1897 to commemorate Queen Victoria’s Jubilee and the opening up Lidsty Hill on which the cross now stands. Lastingham can be just seen nestled in the hollow below. 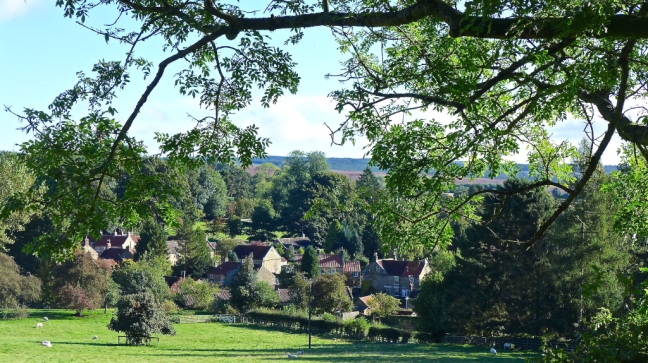 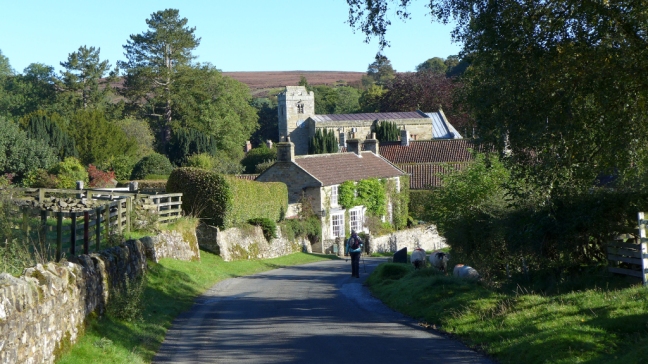 Lastingham was chosen as a site for a monastery by St Cedd in 654, but it was destroyed by the Danes about two hundred years later. In 1078 some monks from Whitby re-founded the abbey but after ten years moved on to York where they founded St Mary’s Abbey. The present church of St Mary Lastingham has a remarkable crypt, which is probably still as it was nearly 1,000 years ago. It is reached down a stairway inside the church and is unique in England in having a nave and side aisles. It is believed to have been used at one time for cockfighting. I particularly enjoy sitting in the crypt on my own and listening to the silence and feeling the sense of history of such a place. There are a number of interesting artefacts including of the Viking period. 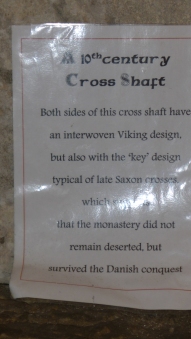 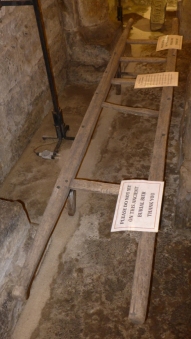 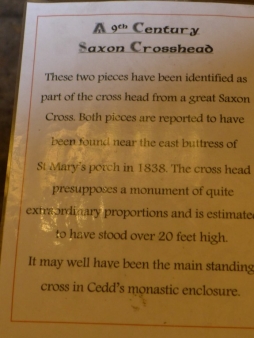 The most interesting and remarkable artefact ever found at the church by Sid the Yorkshireman was my North Face hat, which I had lost some 10 days before on my visit to the area with Victoria. Someone had kindly left the hat on the reception desk. I was delighted.

We had thought about bringing the village sniffer dogs in to locate it.

After a coffee and banana break we passed St Cedd’s Well. 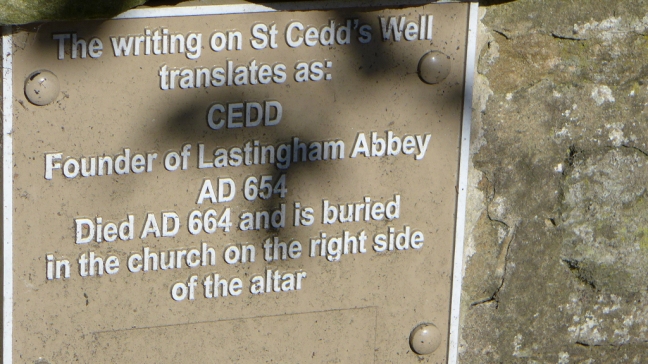 Before crossing a delightful bridge over Ings Beck.

We eventually reached Appleton-le-Moors, where we joined the Tabular Hills Walk for our return journey to Lowna.

We followed very clear tracks back to Hutton-le-Hole, where we had lunch in the sun outside the small church.

As we were nearing the end of the day’s walk we celebrated a great days walking with a Ryeburn ice-cream. It was also an early celebration as I was about to pass 800 miles ‘boots only’ miles of the Country Walking Magazine 1,000 miles challenge 2017.

All that remained was to admire yet more fine views of Hutton-le-Hole in afternoon light. 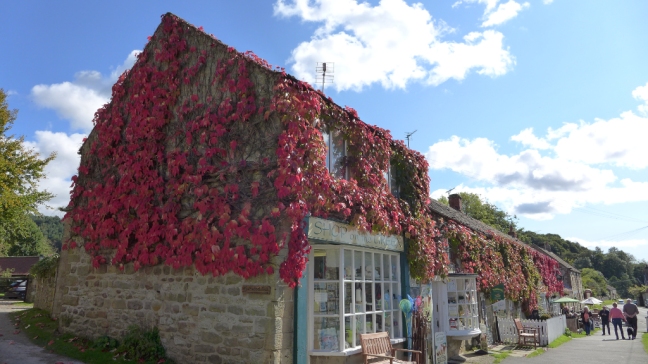 Before the actual 800 mile walked celebration took place – where’s the champagne? In the fridge for the 1,000 miles?

We finished off with some delightful walking to the car park near Lowna Bridge.

It was at Lowna in 1786 that Kitty Garthwaite coming home from a mop fair at Kirbymoorside, met Willie Dixon from Hutton-le Hole who took a splinter out of her hand. Her gratitude led, it seems, to her pregnancy, and she was keen to marry Willy. He kept putting off the wedding, though he continued to meet Kitty – but he also courted the daughter of a wealthy farmer. On Whit Sunday 1787, the pair quarrelled and Willie rode off. Next morning, Kitty’s body, clad only in her shift or sark, was seen floating in the river. But Willie had ridden to York for a marriage licence. Upon his return he heard of Kitty’s death and went in search of the body. The following day his body was found in the same dark pool. Three weeks later, local children saw Kitty’s naked apparition sitting in a tree, waving her sark. Over the next 20 years she lured16 young men to a watery grave. She is buried at the nearby Quaker Burial Ground. The hauntings and deaths at Lowna did not stop until 1908, when a clergyman laid her spirit by bell, book and candle at the ford.

There are some days that get etched in the walking memory – this was one of those.