Post 193: 9 September 2017. Into the unknown of Lancashire, before escaping back to Yorkshire

The plan for today was to go to the Three Peaks area of Yorkshire and climb Pen-y-ghent, before heading further up the valley to the Ribblehead Viaduct area.

However, a friend Dan from Siberia (also known as Suffolk) had a temporary volunteering manager position at Slaidburn Youth Hostel and invited us over there and to the Hodder Valley Agricultural Show.  Despite this being Lancashire, we did not wish to be unfriendly and so decided to leave York at 8am on a Sunday morning.

On a sunny day we stopped at a farm shop just beyond Skipton for coffee and then stopped at the original Rohan Outdoor Clothing shop at Long Preston.

We then entered Lancashire and the heavens opened. This was not a good omen.

Arriving in Slaidburn we asked a volunteer, who was directing bicycles from the show, where the hostel was but she hadn’t a clue. It was about 100 yards further up the road. However, Dan had prepared two cakes for us and so we felt much better. One each?

We had a quick tour around the hostel.

Then we headed to Dunsop Bridge, where the show was being held.  The area was already like Glastonbury with mud everywhere.

Slipping and sliding, we had a look at the various sheep being judged. 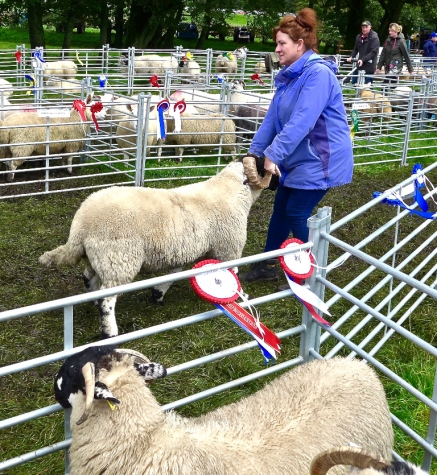 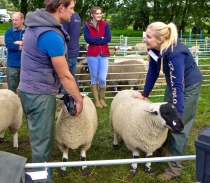 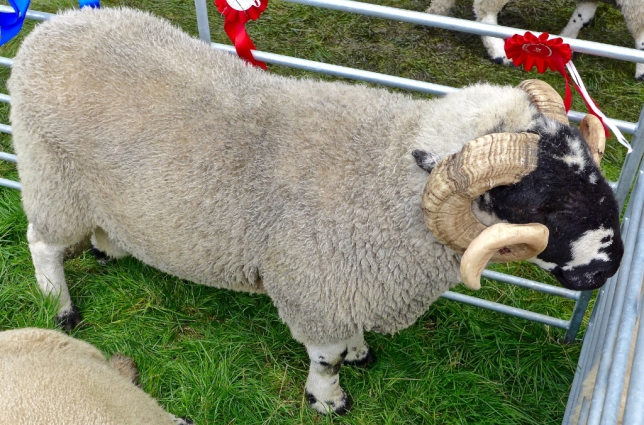 Followed by the cattle.

Before heading to the crafts tent which was like a sauna, but with some interesting displays.

I started to feel light headed and sat down on the only chair available at the first aid area. Victoria came over and kindly fetched me a bottle of water as I thought I was dehydrated due to the heat, an early start and too much coffee.

I then retired to the car and had a snooze, whilst Victoria and Dan went to see the fell running. I was woken by Dan banging on the car window and felt suitably recovered and refreshed.

All we had to do now was get out of the field car park.

Dan led the way but soon halted to a stop in the mud. My Volvo glided over the mud and we got out. Dan’s VW had to be towed out by a tractor.

We never saw Dan again that day as we sped on out of Lancashire to Yorkshire and the Three Peaks area.

We stopped at the Pen-y-ghent cafe for yet more coffee. 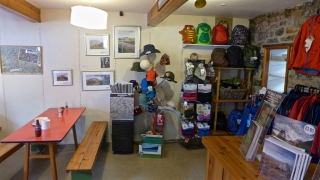 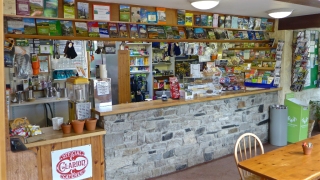 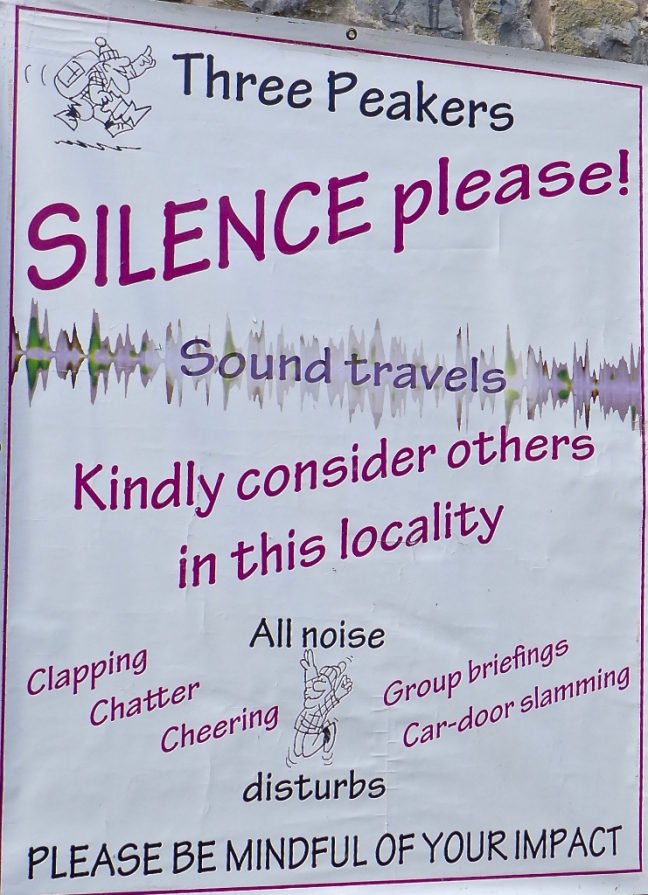 The owner came over for a chat and said he had thought Victoria was my daughter as we looked alike. She soon put him right!

We abandoned our plan to climb Pen-y-ghent as it was now 15.18pm and instead headed further up the valley along what is one of my favourite drives, when the heart starts to beat a little faster at the bends and the prospect of views ahead.

Ingleborough and Whernside came into view in dramatic light.

Then the magnificent Ribblehead Viaduct.

It was now 16.28pm and the skies looked ominously dark and so it was time to move on.

I made a quick decision to head over the dales on the B6255 towards Hawes and Wensleydale, where we could get food and drink and recharge.   There was still plenty to explore. This was after all Victoria’s last day and the dark clouds passed and weather was still holding good now we were back in sunny Yorkshire.