We left Robin Hood’s Bay in the late afternoon to head to the open and remote moors,  via Ruswarp, Sleights, Grosmont, Egton and Egton Bridge.

At Egton Bridge we took a steeply ascending, narrow, hair pinned road towards Rosedale. If you fancy honing your rally driving skills, this is the place to come.

What is amazing is that since the Tour de Yorkshire cycling the road, which hardly ever gets any cars on it, is the best tarmac road in Yorkshire, having been especially resurfaced for cycling. It is wonderful.  But sssh………. keep it a secret as we don’t want it to get busy! These are after all Secret Diaries.

Even better, arriving at the top of the hill immediately after a cattle grid, it is possible to park up and stretch ones legs amongst the heather. Victoria was as elusive as ever. 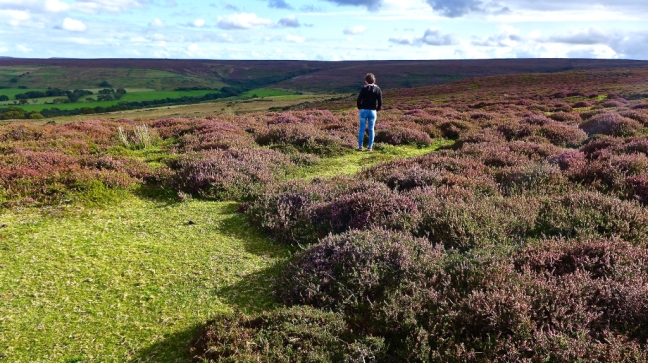 The dark clouds had gone, the sun was out again and the views were magnificent. You can even see the sea from whence we had come.  Big skies.

Glaisdale, on Wainwright’s coast to coast, can also be seen nestled in the valley below.

There is a further lovely drive to the top of Rosedale, one of my favourite valleys where the views are again magnificent. 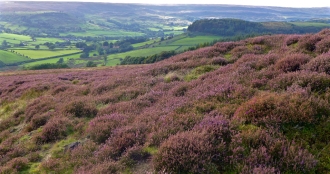 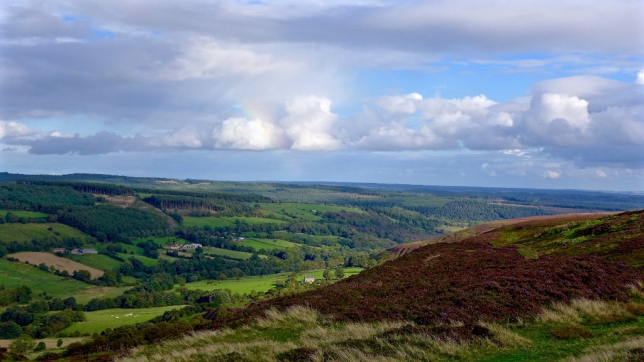 We descended steeply to the lovely village of Rosedale Abbey were there are nice cafes but as it was 5.15pm they were closed. An ascent up the steep and winding Rosedale Chimney, legendary amongst cyclists, followed.

After going over Spaunton Moor, we turned left to head to ‘Black Sheep country’ and the lovely village of Lastingham. We were now back on my own coast coast route.

A vist to the 1,000 year old underground crypt in St Mary’s Church is essential. It has a very particular ambience and years ago the now illegal practice of cock-fighting used to take place. There are a number of Viking artefacts in the crypt. 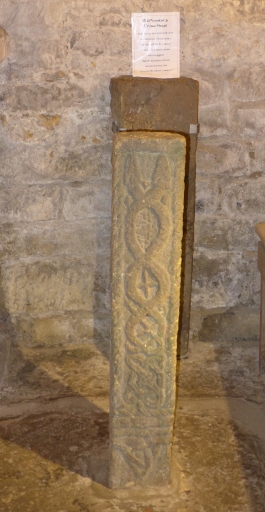 Also essential is a visit to the Blacksmith’s Arms pub opposite.

Leaving Lastingham, we visited the Victoria Cross viewpoint – how could Victoria miss it?

Finally, we drove through the the picturesque village of Hutton-le-Hole. 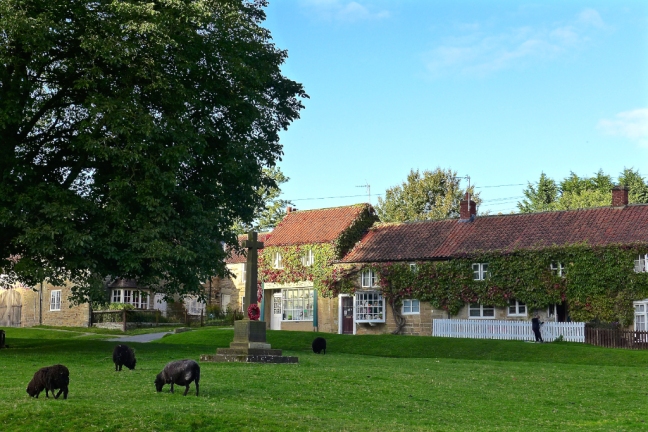 A long but splendid day. We arrived home at 7.00pm. Fortunately, dinner was already prepared and we relaxed watching the film, Everest.

However, dark clouds were on the horizon as tomorrow (Day 8) we had a very early start and briefly had to leave sunny Yorkshire and venture into Lancashire – will we get out again to go to the wonderful Three Peaks area of Yorkshire?

It did not go smoothly.