Our route to our next walk involved driving towards Thirsk, turning right there and then going through Sutton-under-Whitestonecliffe, which has the longest place name in England and the cliff itself, which provides the name. The hairpin road to Sutton Bank regularly gets blocked by lorries, caravans and such like and indeed we thought this had happened to us. However, we managed to squeeze past a broken down lorry and continue up the very steep hill. A dramatic entry to the North York Moors National Park and Sutton Bank .

Day 3 of 31 years of walking in Yorkshire condensed into 8 days had to include what James Herriot described as the finest view in England. What he didn’t anticipate was that when Victoria and myself arrived at the car park at 9.45am the area was covered in thick mist. I was immediately called in to become the finest view in England, but I thought Victoria fitted the bill much better than me. I was ‘forced’ into posing for the photograph.

James Herriot was in my opinion wrong as to his assessment as, for me, the finest view in England is from the more remote and less accessible Harter Fell in the Lake District, looking towards the Scafell Range of mountains. I only found this because the location is on my ‘On Foot from Coast to Coast: The North of England Way’ route.

But on a clear day the view from Sutton Bank can be stunning, so had to be included in my list of the Best of Yorkshire in 8 days.

My claim to fame is that I had the same editor, Jenny Dereham at Michael Joseph (part of the Penquin group) for my book as James Herriot and Alfred Wainwright.  I was their first new author (the others were already published) and probably their last!

Austerity in Britain has become really bad as instead of the toilets being opened at about 8am, as they used to be years ago, they now don’t open until 10am causing this day a loss of 10 minutes of valuable walking. What has the world come to!

Leaving the car park we headed north along the top of the escarpment. Every cloud has a silver lining and, with all the mist, we came across fantastic web patterns in the bilberry plants thereabouts.

Now you may wonder why I have included a photograph of myself in snow. It is for comparison purposes. Whereas I am still going, the sign to Boltby has been replaced. Does that mean I am irreplaceable. My wife would probably say so especially after my 44th wedding anniversary the previous day, when I was on ‘leave of absence’. The snow was certainly deep in 2010! 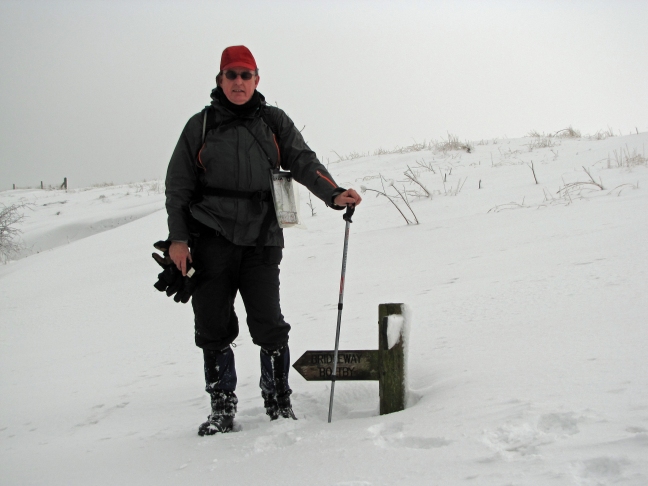 We dropped off the escarpment and I thought Christmas had come early when I saw what I thought was a Christmas tree.  It was a thing of great beauty and intricacy built by spiders. Incredible. Never seen the like of such before. Nature is full of surprises.

We then passed the former home of Siegfried Farnon who was James Herriot’s boss in All Creatures Great and Small. 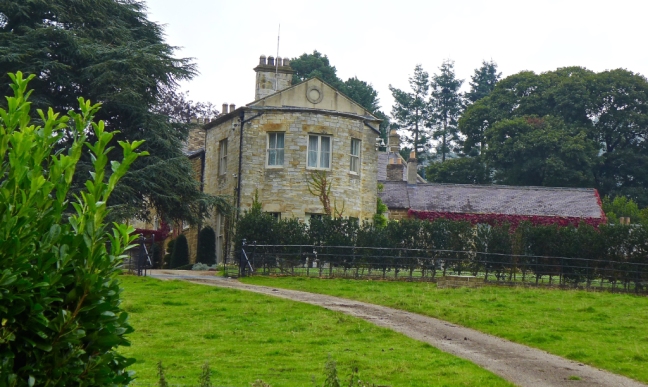 Nature is full of colour. I think the antennae were zoomed in on me.

One of my favourite lunch stops is at Gormire Lake, where there just happens to be a swing over the water. I was able persuade Victoria to have a swing but, as ever, the rope held fast! Now if I was to do it with my extra weight it would probably snap? No I am not that daft. 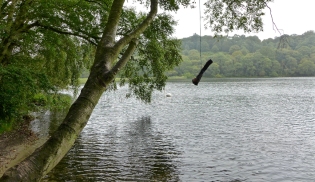 Gormire Lake is one of the few natural lakes in North Yorkshire and due to its beauty legends have arisen. However, the name means ‘filthy swamp’. The Woodland Trust manage the area, which is a haven for wildlife. It is a Site of Special Scientific Interest (SSSI).

It is rumoured the lake is bottomless, that it swallows witches or geese and spits them out miles away in wells and that a white mare leapt off White Mare Crag complete with doomed rider into the lake.

We eventually got to base of the hill on which the White Horse of Kilburn is located. 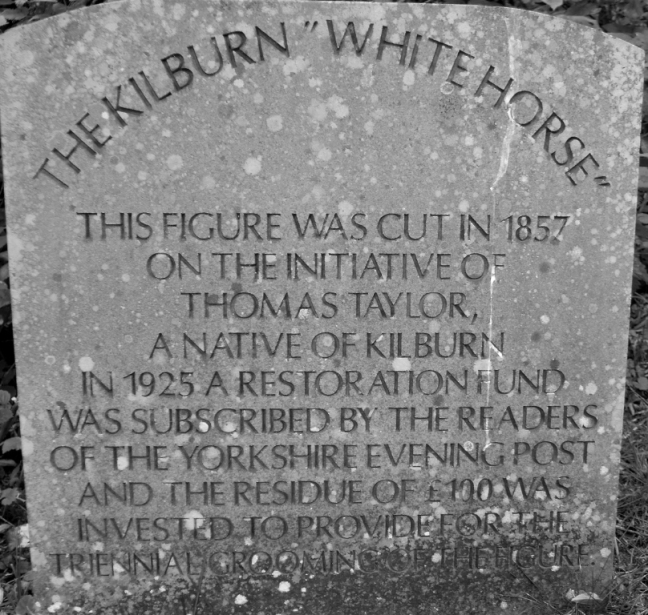 We then had many steps to climb. My pulse rate went up from 52 to 132 by the time I reached the top! 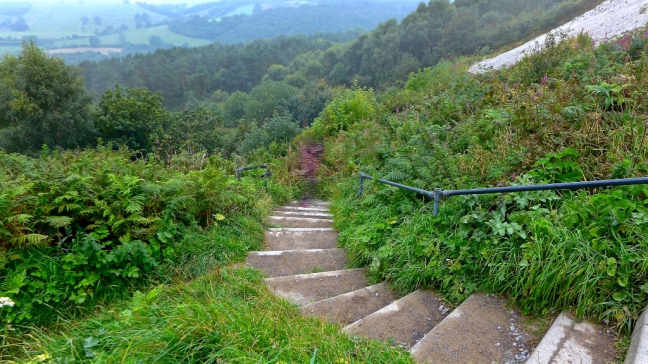 The White Horse was a bit grey.

It was carved out of the hillside in 1857 by John Hodgson, the village schoolmaster, with some thirty helpers. It is 314ft by 228ft. The underlying rock is limestone and the horse needs regular maintenance to keep its white coat.

We continued along the escarpment towards the car park with fine views now that the mist had cleared somewhat.

However, it was still too misty for gliders to take off. 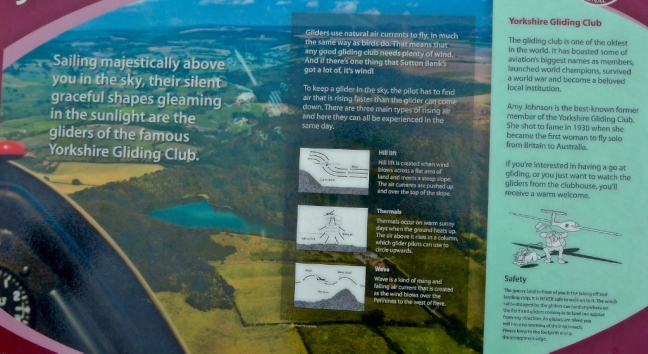 There was a sad reminder that this is also an area of past tragedy’s. We will remember them.

Arriving at a location sign we were able find out we were 981 feet above sea level!

It was now nearly 3pm, but the day was far from over and we would be heading to some very special places later in the day………………………