If you think BREXIT negotiations are bad, try negotiating a walking day out with a German, visiting, walking, female who happens to be 28 years old, on your 44th wedding anniversary! If I can do it successfully then so can our BREXIT negotiators.

In the end I planned a local walk on the Yorkshire Wolds so that I wouldn’t be away for too long. I also planned to cook steak and chips with all the trimmings alongside homemade chocolate and vanilla ice-cream and strawberries on my return.

However, what really saved the day was that Celia (my Wife) is the World’s Greatest Armchair TV watching cycling fan. Having watched every minute of the Arctic Tour, the Tour de France which Chris Froome won, she was now watching every minute of the Spanish Vuelta which Froome was leading. When I mentioned that I was sure she would prefer to watch this rather than going out for a treat she agreed!

We did agree a later departure time for the walk to give us time to open our anniversary cards. There aren’t that many!  With regard to presents we agreed we would put money aside towards an extra cruise.

It was a dry sunny day as Victoria and myself headed up Garrowby Hill (in the car) towards Thixendale. Turning off the A166 along a little lane we came to the Robert Fuller Gallery and made an impromptu stop to look at his gallery. I had been a few years before but it is much improved and we were blown away by the pictures on display. This is where he works when not in the field.

I really could do with buying a bigger house so I could have some of his wonderful creations on my walls. Being a keen landscape photographer my own walls are already full of my and my wife’s own photographs. I particularly liked his paintings of peregrine falcons, which are found at Malham Cove and the top of York Minster and red kites, which are now found on the Yorkshire Wolds and red squirrels, which are found in the Yorkshire Dales. 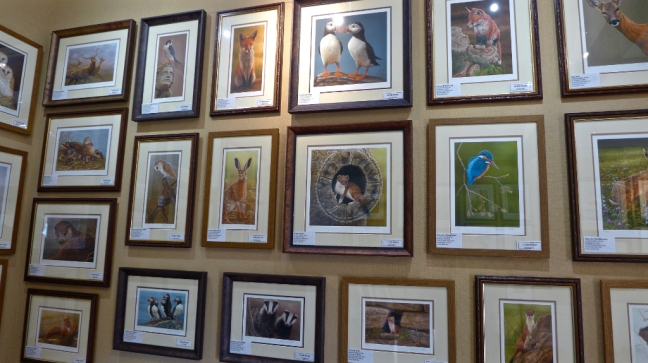 The penguin pictures are exquisite.

He is clearly a perfectionist of huge talent and I strongly recommend you find this oasis of creativity hidden in the Wolds. You will not be disappointed.

Not surprisingly we actually only started walking from Thixendale at 11.25am after looking at the posters near the village hall.

There used to be a youth hostel in the village but it is now closed. Seems like youngsters are less likely to go to these remote places. 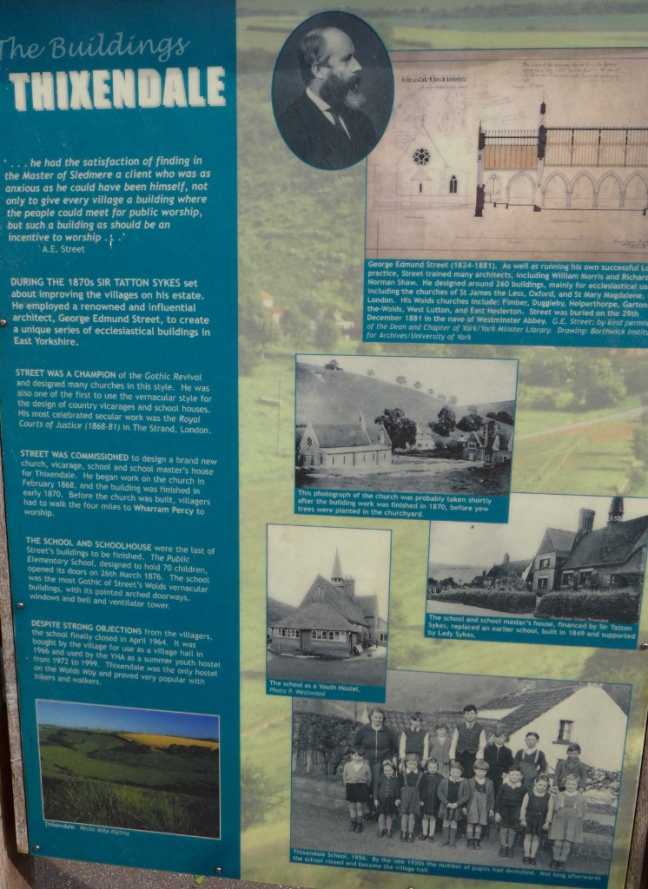 I first did this classic Wolds walk with my family in the early 1990s after having moved to York in 1986.  It starts with a hill so family walks were fairly infrequent. 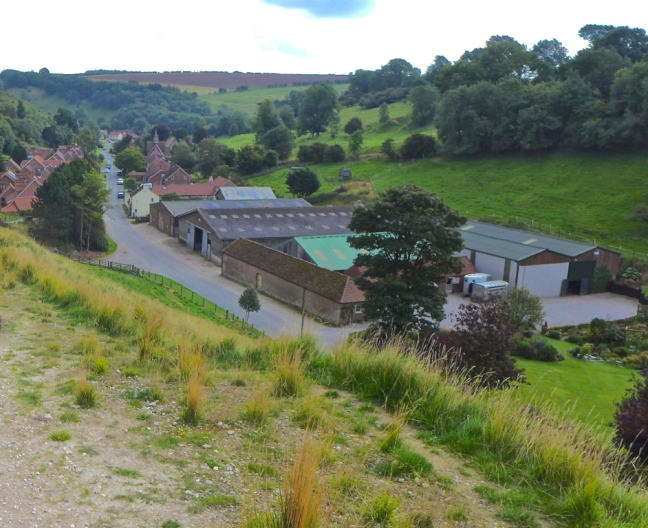 However, you are soon into David Hockney (the world famous painter) country. He has painted the Thixendale trees hereabouts, which adorn the dry chalkland valleys. If this was the chalklands of the south of England there would be lots of folks around, but here in Yorkshire you’re unlikely to meet many people – probably none on a weekday. But ssshhh keep it a secret. 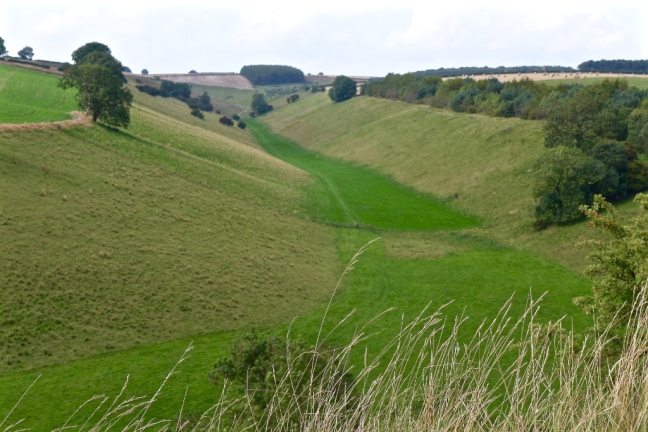 A little church could just be viewed in the distance and that was our destination.

We dropped down to the church and the most famous example of a deserted medieval village in England,

Little remains but the noticeboards give an idea of what it must have been like.

We were disappointed to find the only bench by the village pond was occupied, but we found a sheltered spot on the grass for a lovely lunch-time picnic. The sun came out for a while.

We then moved on to the more recent church and farm remains. 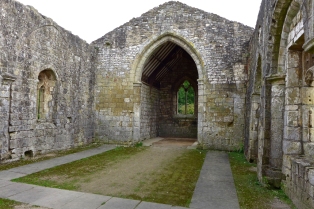 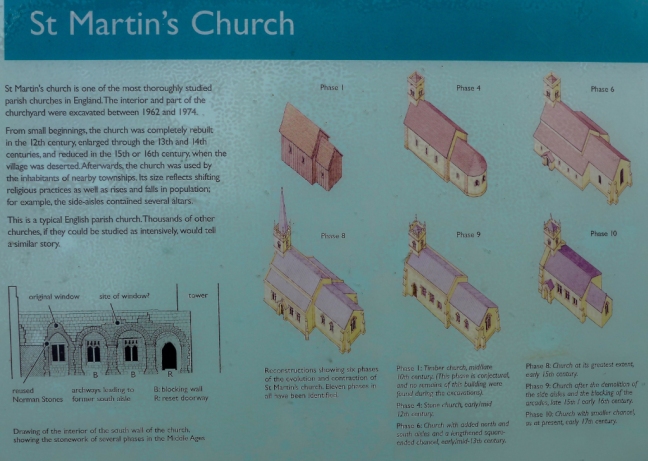 Delightful Wolds walking took us back towards Thixendale to finish the walk at about 3.30pm. 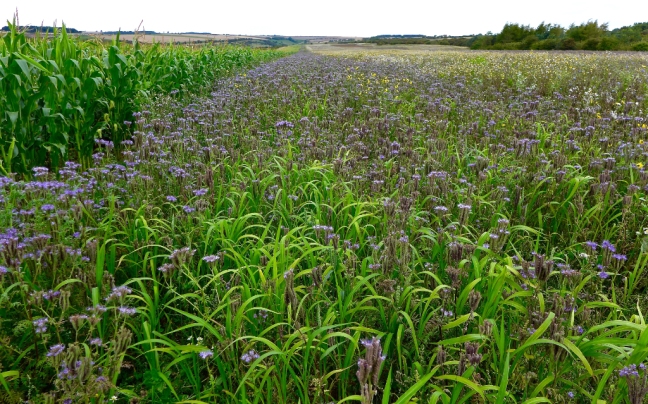 Now in theory I was due to go back home early, but the sun was out and a short drive over the Wold’s to the Rambers’ Rest at Millington for coffee could not be missed.

We arrived at 3.55pm and it was due to close at 4pm. We had the place almost to ourselves and a most welcome coffee. I strongly recommend a visit there. No cake this time as it would not be long until steak! 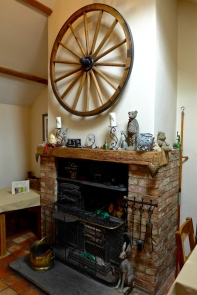 Arriving back home my wife had clearly enjoyed the cycling as she offered to cook the steak. No wonder we have been married 44 years! Here’s to the next 44 years and many more walks!!!

A classic Wolds walk and day and a must for the Best of Yorkshire in 8 days.