Out itinerary was as below:

After a good car journey of about 1 hour 40 minutes and a lunch stop we arrived at our departure port of Newcastle. With no rush to get there I kept the foot off the accelerator and managed 77 mpg over the 88 miles. A record for me!

We then made contact with Sid the Yorkshire Man and Carol who were having lunch at the marina, whilst waiting to board Balmoral.

After boarding the DFDS ferry passed us. 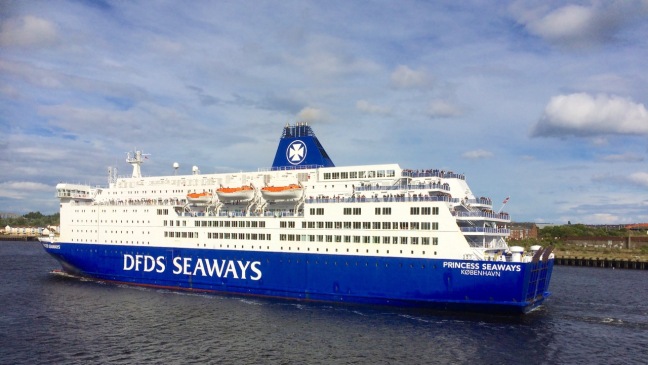 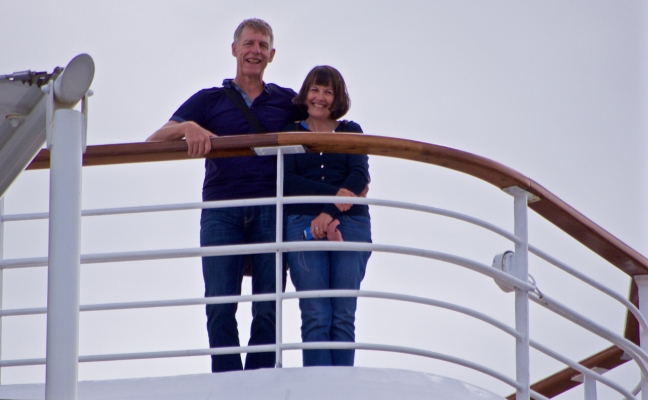 We then passed a lot of new cars.

And other Newcastle sights.

The coastline of Norway came into view.

As we entered Lysefjord, bridges appeared and folks waved from them as we passed under them. A friendly arrival in Norway, as always. 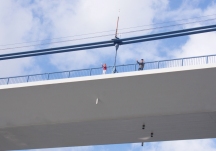 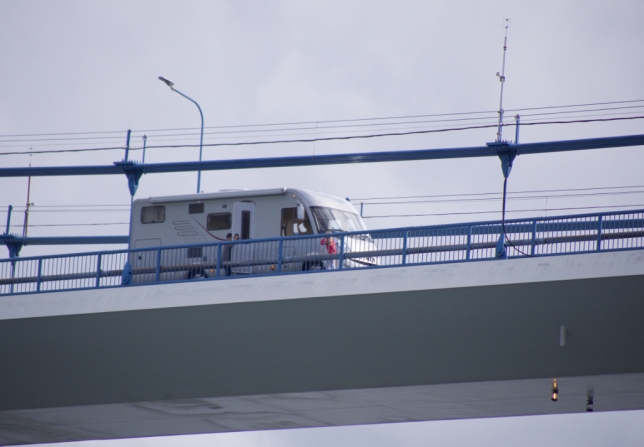 Arriving at Lysefjord the locals were also very friendly, waving to me (?) from Preikestolen (Pulpit Rock). It would not have been a good idea for him to fall off! It is a 604 metres (1981 feet) drop to the fjord below. I needed a big zoom lens to capture him.

The mountain plateau of about 25 x 25 metres was probably shaped by the expansion of ice some 10,000 years ago. There is a crack getting larger, which means one day it may fall into the fjord cause a tsunami. Fortunately it didn’t fall on our ship!

I had planned to walk to Pulpit Rock on a trip to Stavanger for the 200th Norway Day on 17 May 2014. However, my wife Celia (far right below) fainted in the middle of Stavanger and had to be checked out in hospital. No, it wasn’t the thought of me being on the top of Pulpit Rock. She had to have a gall stone removed on her return to England.

We continued smiling along the fjord.

Until we arrived at Kjerag Boulder, which is suspended at 984 metres (3,228 feet) above the fjord. It is 5 cubic metres (180 cubic feet) of solid glacial rock. It is wedged in the mountain crevasse and Norwegians often stand on it. Hmm…..if it had come lose that would have wiped the smiles off our faces.

The Bergen rush hour was in full spate as us and three other cruise ships all arrived at the same time. 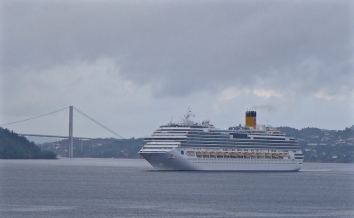 Our proposed walking route to the top of Mount Floyen in the distance was shrouded in cloud. However, it could improve.