It was with excitement that I had a hearty early breakfast on board the ship with the prospect of a walk ahead.

Having been on board the ship for nearly a day and a half I was suffering from Friluftsliv, which is the Norwegian term for a longing to be in the outdoors. It is in the Norwegians DNA and, having had a DNA test in January which indicated I am 32% Scandinavian (Viking), it might account for my similar longing to be in the outdoors. I also feel very much at home in Norway.

It is noticeable that in Norway, particularly at weekends, you rarely see locals other than in cars leaving the cities. They are either hiking, canoeing, boating, fishing, at their cabin in the country, or in winter ski-ing.

Knowing there were so many cruise ships in harbour we knew there would be tourist queues for the funicular to Mount Floyen. 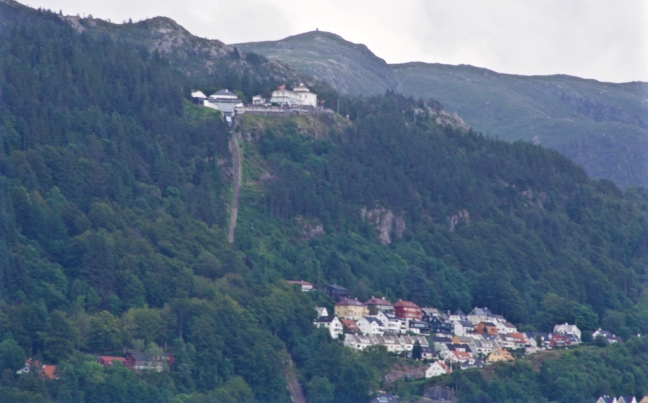 Sid the Yorkshireman, Carol and myself were off the ship by about 8.30am. We passed our ship and Queen Elizabeth docked close to each other.

We passed the luxury yachts in harbour. 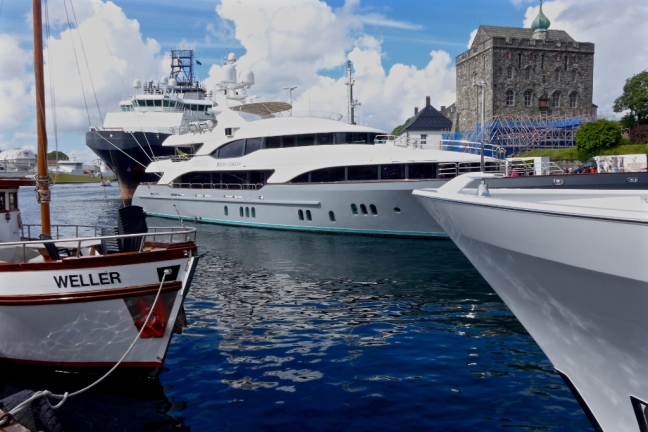 Arriving at the funicular there was already a queue forming and we had to wait 15 minutes of valuable walking time to get on it. We booked a single for 45 krona (about £4.50p), which seemed quite reasonable for Norway.

It was a bit damp when we arrived at the top. We had been chatting to a young lady from the Ukraine who explained that she had not been able to get a visa to visit the UK as they wouldn’t believe that she could have saved enough money to visit despite her being a lecturer at a University. Seemed strange. The views are worth the trip.

Fine views over Bergen for very little effort. I was beginning to like Norwegian walking. After saying goodbye to the lady from the Ukraine we ascended a well maintained path/track. When I had previously been here in winter there were skiers ascending the path in the snow.

The walk was graded as moderate. We followed the signs to the Brushytten Cabin. Here we met a couple of English visitors (father and daughter?) who indicated our path ahead climbed relentlessly and they had given up. This sounded more in line with Norwegian moderate grade walks. 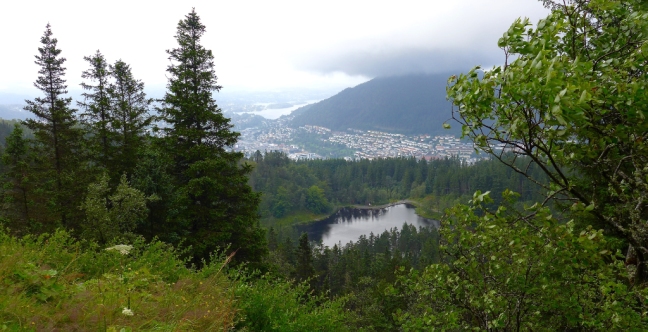 Not to be deterred at the cabin, we took the left-hand trail towards Rundemanen. The sign pointing out falling rocks was not re-assuring!

Not to be put off we ascended a tarmac track with fine views, despite the dampness. 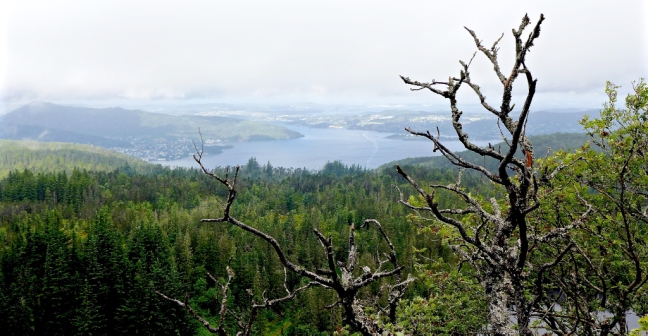 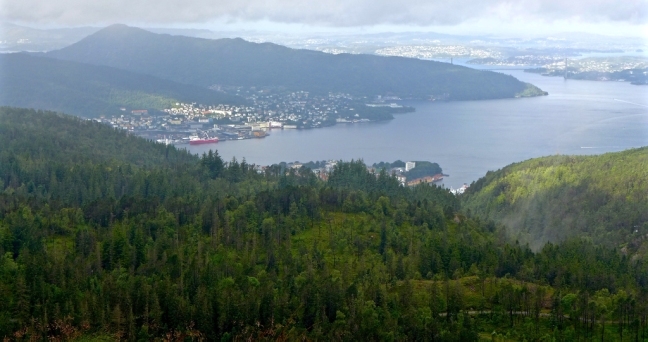 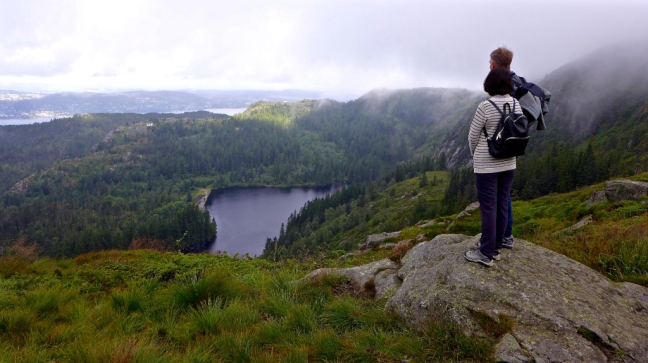 We turned left over the bridge over the first lake and, after continuing for about 100 metre,s we then turned right past the remains of a Second World War battery. As there was no views to the fjord we assumed that maybe it was an anti-aircraft battery. Any experts out there? 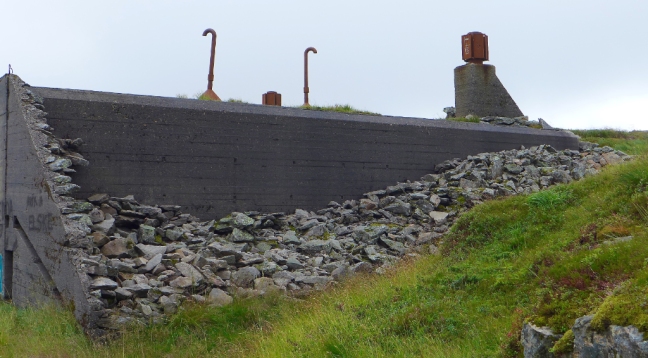 We continued on the deteriorating track to a mini summit and then when it started going downhill towards Hyttelien we took the path on the right-hand side of the track. This path became uneven, slippy, boggy and more difficult to follow given as we only had approach shoes rather than our normal walking boots.

We reached a tiny building where there was a visitors guest book!

I left my calling card and maybe someone will be reading The Secret Diaries of a Long-Distance Walker having found the card?

On the far side of the bank of the lake, Store Timdevann, we crossed the dam after stopping for water and rest. It had been a tricky section.

We then continued on the lower side of the dam to follow the track/path down Blamansveien towards the Brushytten cabin again. There were fine views again. 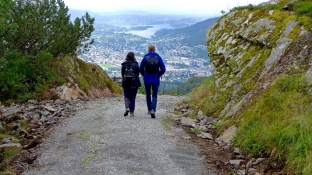 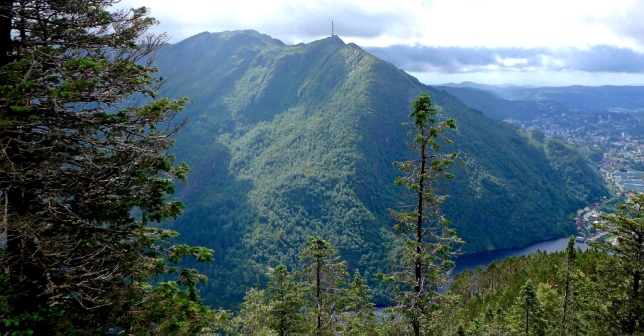 Just before arriving back at the funicular, we took a clear path signed the City. This gave us a lovely descent with good views of the City.

Reaching the City Centre, Sid and Carol headed around the City and I did some more photography.