After heading inland through the hamlet of Raw we came upon our first opportunity for an ice-cream in the middle of nowhere. Sid checked it out but the sign promised a lot more than was available; that is nothing!

After a brief coffee and banana break at Hawkser, we arrived at the coast and The Cleveland Way to find a delightful bench was available for us to have lunch. This was fortunate as it had been ‘booked’ by someone else on the previous walk. There were views to the sea, which was a little misty. However, for the first course (jam roll) the sun came out, but by the second and third courses (yoghurt and fruit cake) the clouds came over again and the temperature dropped considerably. Time to move on. 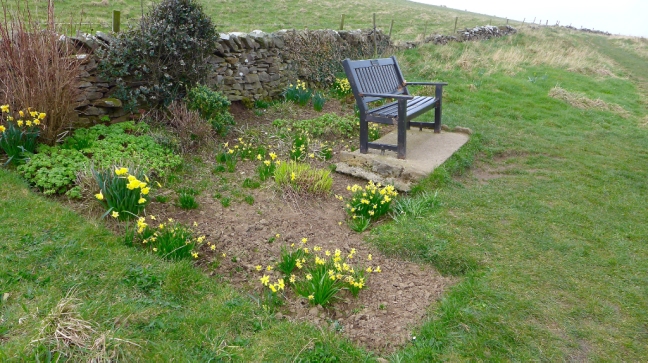 Then we reached the point where Wainwright’s Coast to Coast joined The Cleveland Way . 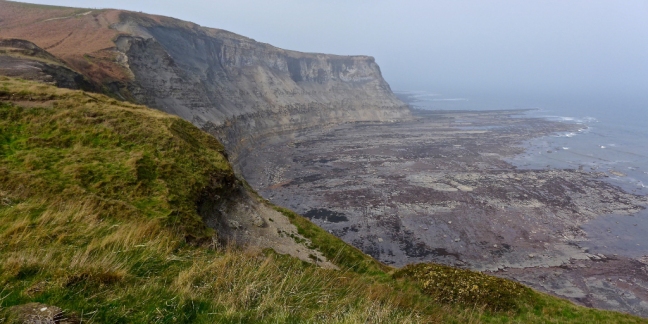 It was at this point we came across a fixture for firing rockets. Unfortunately, not being November 5th we didn’t have one with us.

A noticeboard then explained its purpose, which was to rescue sailors.

We then arrived at Robin Hood’s Bay, The Bay Hotel and Wainwright’s Bar signifying the end of the Coast to Coast Walk.

I completed this in 1991 as outlined in previous blogs:

It was disappointing that it was still too cool for an ice-cream so we carried on.

Just before arriving back at Fylingthorpe, in warm sunshine, we came across a Landrover ice-cream van with free Dracula’s blood, but dracula was no where to be found. 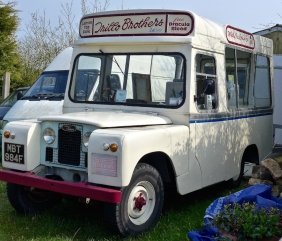 We were to be denied an ice-cream.

With a heavy heart we got into the car for the return journey to York.

However, passing through Sneaton we saw the signs for the Beacon Farm Ice-cream Parlour and, not being a Monday, it was open (opens on Mondays 10 April). 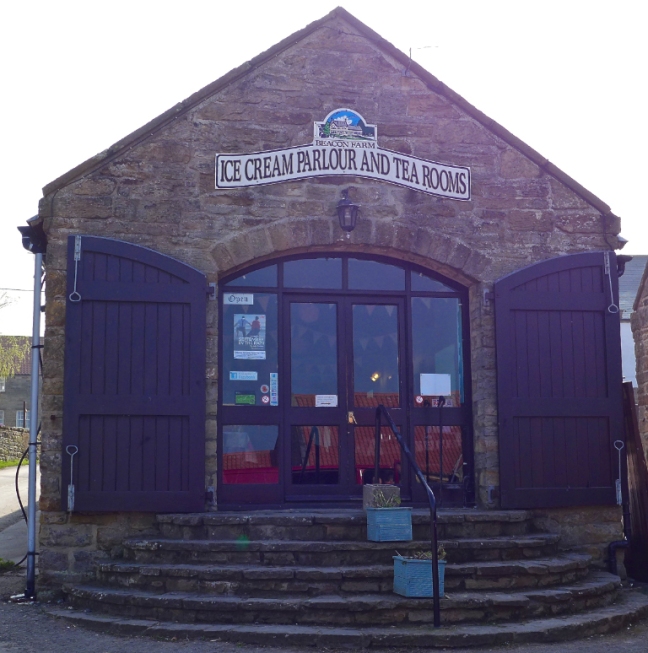 A great finish to the walk. I had an ‘Easter Special’, with chocolate eggs in the ice-cream. No calories of course.

4 thoughts on “In Search of an Ice-cream and Getting a Rocket and Dracula’s Blood.”