The forecast was for rain arriving at 1pm and so with an hours drive to the start of our 9 mile walk we decided to leave at 7.ooam. Donning our boots at the car park can you guess which boots belong to Sid the Yorkshireman? Not only do his boots leak they are never cleaned properly, the treads wouldn’t pass an MOT and he insists they will not be replaced until walk 30 of this walk. To say he doesn’t like spending money is an understatement! 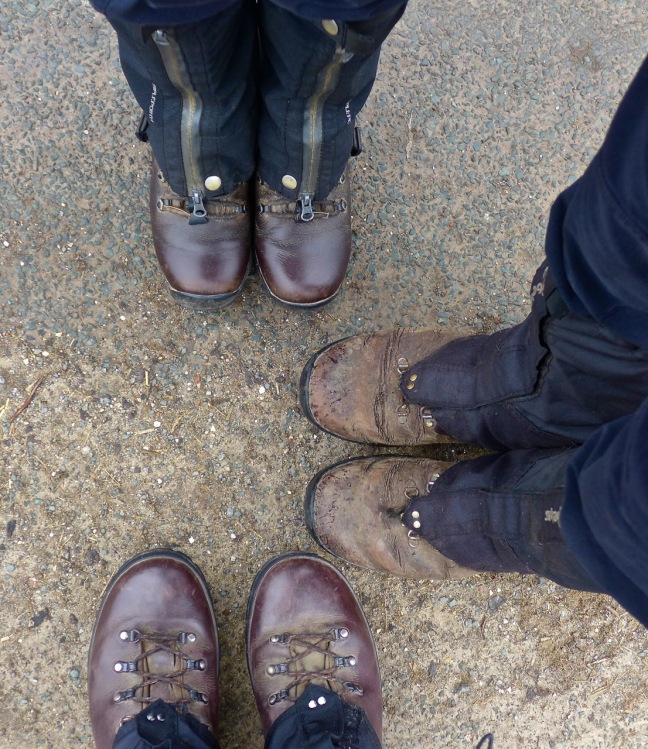 Little did we expect on arriving at Goldsborough at just after 8.00am we would see the remains of a Cold War underground bunker. The guard house was badly damaged by fire in 2007.

The mound behind the guard house holds a two storey ROTOR R2 bunker built in 1951, and destroyed by fire in 1958.

Apparently the male occupants used to bus females there from Whitby, so it couldn’t have been that cold!

We then passed Wade’s Stone, which may be linked to the Giant Wade and Saxon Duke Wada who lived at nearby Lythe.

We could just see our destination Runswick in the distance.

As we stopped for coffee above Runswick Bay daffodils welcomed us. 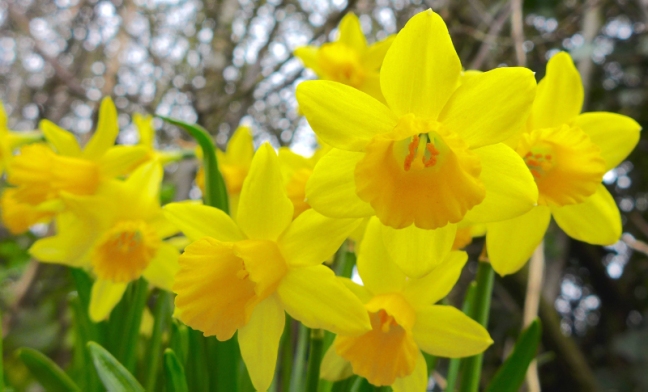 The views of the bay, despite the overcast day, were delightful.

We walked around the village, which reminded me of parts of St Ives in Cornwall. 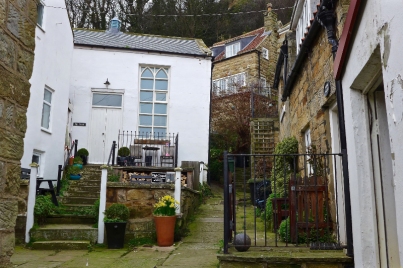 What a splendid view it has and ideal for his children to play on the beach. No jetting off abroad for him. Times were so different in the late 1960s.

Descending to the beach we came across what appeared to be the aftermath of a battle of crabs.

Continuing along the beach we looked back to Runswick.

There were some interesting and colourful cliffs. The ‘Hob Holes’ are the remains of some jet mining. 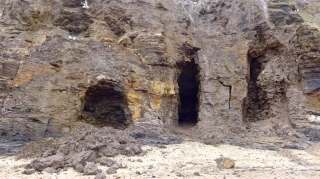 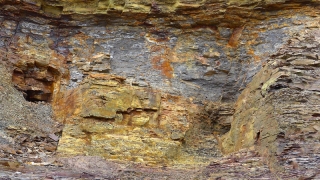 We left the beach along a slippy gulley.

After many steps to the cliff top we had a final view back of Runswick.

We arrived at Kettleness for lunch, where a local farmer had made his intentions quite clear.

The former railway station is now a house.

Further along the cliffs there are the remains of a tunnel and ledge along which it was intended the railway line would go. However, it was soon discovered that this cliff edge route would not work due to cliff collapses.

A couple of tunnels further inland were therefore built to enable progress to Sandsend. 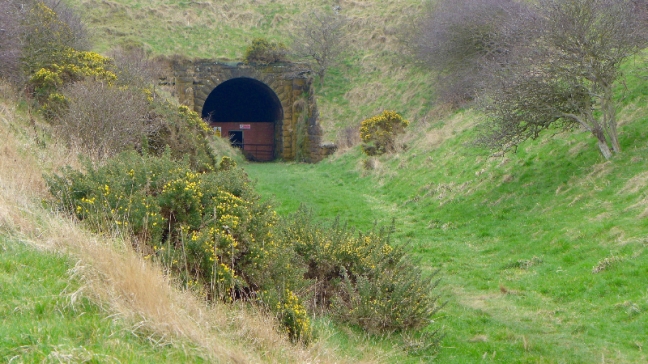 We finally got back got to the car after 12.30, before any rain.