Our ship was berthed in Tromso in the morning and we had until 12.30 to explore Tromso. I had read that there was a lake at Perspektivet, which was worth walking to. I set off ascending fairly quickly with many of the paths being quite icy. I put my spikes on.

After walking around one or two residential areas and asking one or two people, without success, where the lake was I eventually found a sign pointing in the direction of the lake. Looking back by 9.28am I had climbed quite a bit from the ship. Dawn was due at 9:39. Sunset was due at 2.17pm. 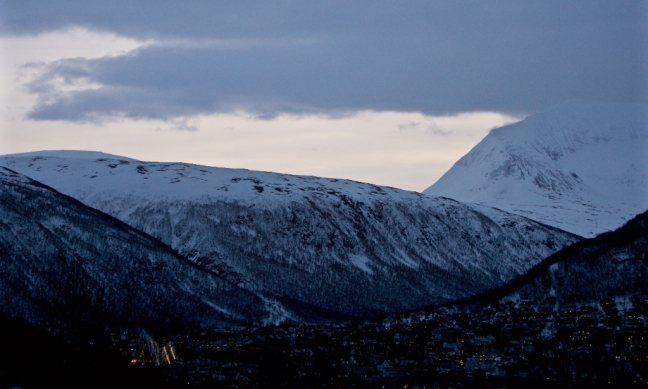 I came across a blind lady out for a walk with her dog for the blind on incredibly icy paths. She asked me where the bus stop was. I led her by her arm towards the bus stop and asked her when her bus was due. She said:

‘Oh I am not catching a bus, I have lived here for over 20 years and was taking my dog for its morning walk’.

I think many over 80 year olds in the UK wouldn’t even think about going out in such icy conditions. She did have spikes on.

Near the bus stop I found the lake, which was frozen over. There were Norwegians jogging round it, but my time was limited.

There were interesting views as I headed back down the hill towards the ship. 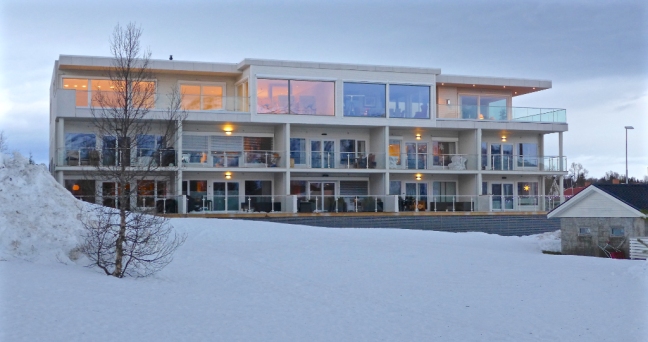 The Fjellheisen Cable Car and Mt Storsteinen viewing point, where I had been the previous night, could be viewed in the distance. 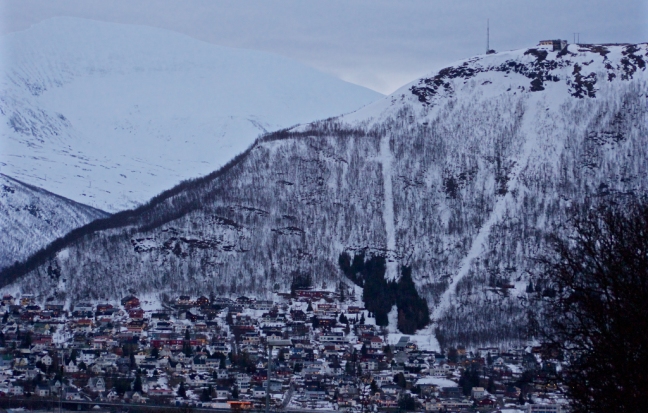 I had a real boost when I read that it is never too late to be a Rock Star!

The library was passed. 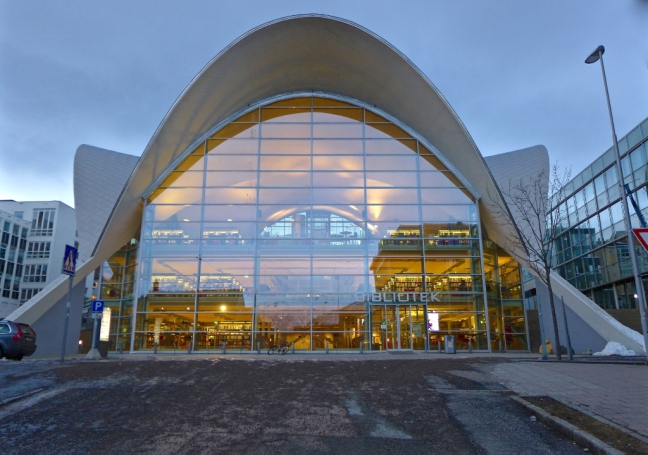 I reached the Cathedral of Tromso, which was built in 1861. I was able to listen to a rehearsal for the service, which would follow shortly. 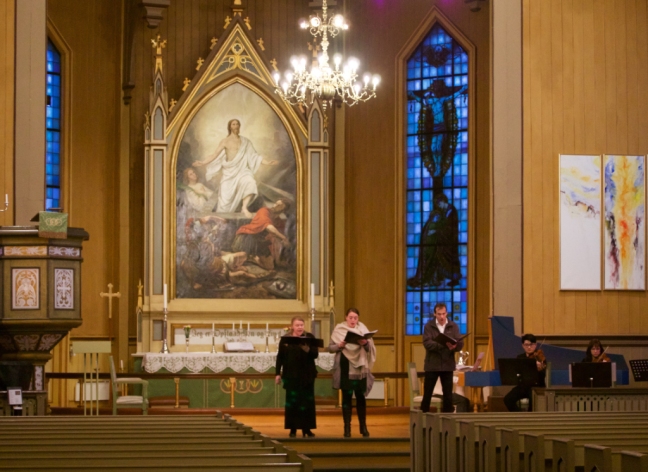