Today was a sea day, when we would cross the Arctic Circle.

There was time to walk a couple of miles around the deck before breakfast. With all the delicious and tempting food available on a cruise ship its essential to get some walking in on the deck. The promenade deck on MS Balmoral is timber and so trainers are ideal – 4 times around the deck equals one mile. There is always plenty to see when in the islands area of Norway. There are literally thousands of islands. The Norwegians are great bridge and tunnel builders and fortunately, due to their lucrative oil, timber and fishing industries, can afford to build magnificent bridges and tunnels to islands with a tiny population. It is always a good idea to carry a camera when walking around deck as you never know what you will pass or see. 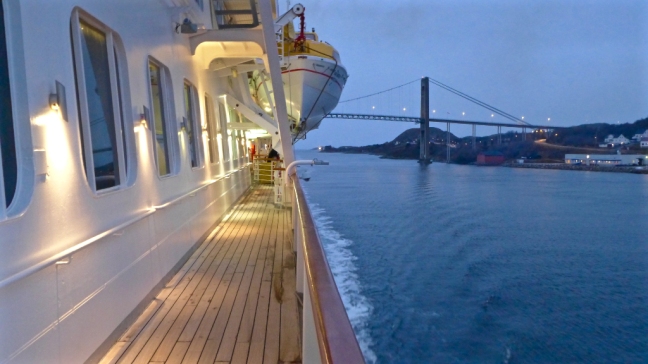 We passed Rorvik at 8.52am. This is the capital of a large island group called Vikna, which consists of almost 6,000 islets, skerries and islands and is home to many birds. There are about 3,700 inhabitants living on seven islands. There is much fishing, fish farming and farming in this area.

The last sighting of a sea serpent was made in 1926 by two boys fishing for mackerel on the northern side of Vikna. It was 200 metres long  and had 60 humps. Unfortunately, the boys did not have a camera. I wasn’t going to make that mistake!

Soon after leaving Rorvik, Leka a large island featured in the Norwegian Sagas, was passed to our left.

In 1932 a 3-year old girl called Svanhild was carried away by an eagle and taken to its nest on a mountain, 300 metres above the ground. She was later rescued and continued to live in Rorvik. She kept the dress she was wearing when she was taken. I did not get any pictures of white tailed sea eagles on this trip, but here is one I took on  a trip on MS Polarlys (Hurtigruten) in 2012.

With an 8 foot wing span it could lift a 3 year old. Magnificent birds.

Hope my grandsons takes note if they go to Norway and stay close! 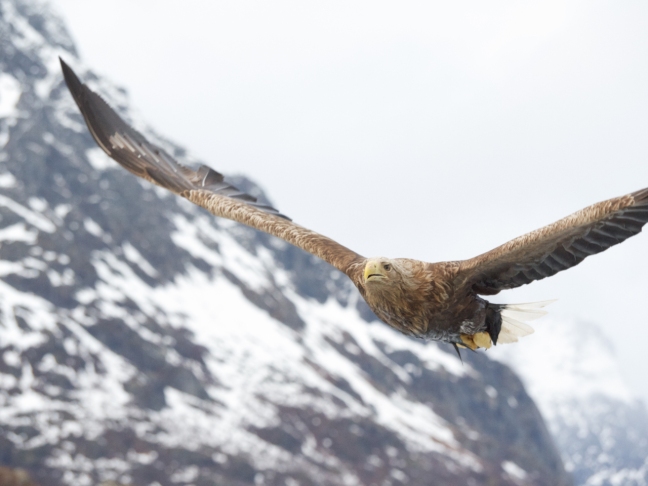 After breakfast a small coaster passed us going south.

We then passed Torghatten (Hat Mountain), the mountain with the hole in it.

After lunch a Hurtigruten ship, MS Kong Harald, passed us going southbound at 1.57pm. Time for a quick wave. 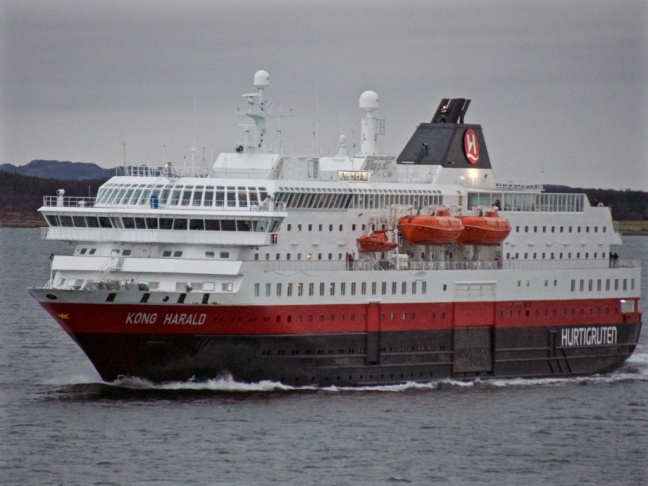 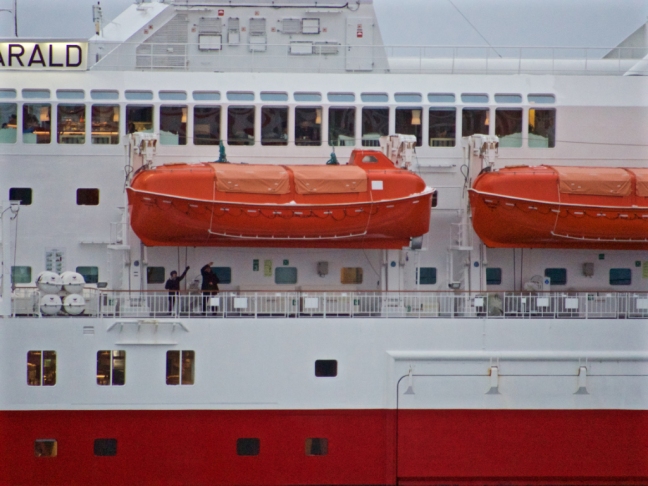 So that by 4pm the light really was going. 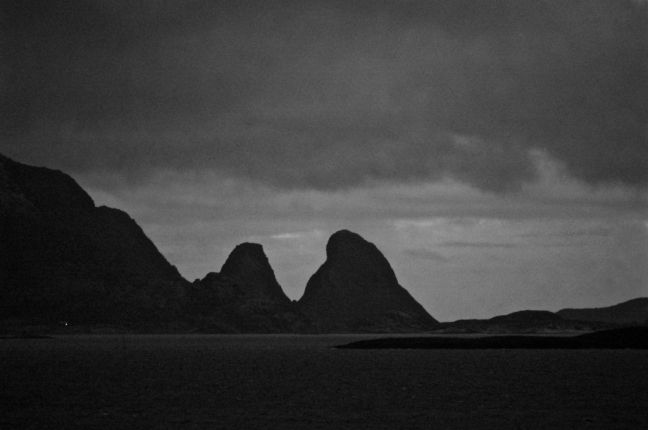 So how could we find the Arctic Circle, which we were due to pass at about 4.20pm?

Fortunately, the ship had its high intensity beamed light to seek it out.

I have a much better picture I took in July 2014, which is in my lounge at home

It was shortly after this that a force 11 storm was forecast and instead of carrying on in danger through narrow channels to Harstad, we diverted to Ofotfjorden, to ‘sit out’ the storm near Narvik.