In order to try and beat early morning traffic congestion on the York northern ring road, we decided to leave at 7.30am. However, it was already starting to get congested as we approached the Haxby roundabout. We decided therefore to cut across country. It was disappointing that in the Autumn Statement the dualing of the ring road was not included in various road improvements. Such cross country routes will only work whilst the roads remain ice free.

After chatting to a farmer about a memorial on the hill to our right as we left Kepwick; it turns out it that it was erected in memory by the Warner family for their only son who was shot down in World War I.

Soon after, Sid slipped on a cowpat, but miraculously did not land in it. He got up so quick there was no time to get a photograph.

I then found that the tie on one of my map cases had come loose and my guide book was no longer with me. I had to retrace my steps through at least two fields to find it. It was going to be one of those days.

We then stated a long ascent along a very narrow muddy path that was energy sapping. I was not fully recovered from a cold and my legs started to protest.  We walked around Gallow Hill and with a name like that one wonders what used to go on there.

However, long views soon opened up before us along the edge of Boltby Forest and snow could be seen on the Yorkshire Dales hills in the distance. 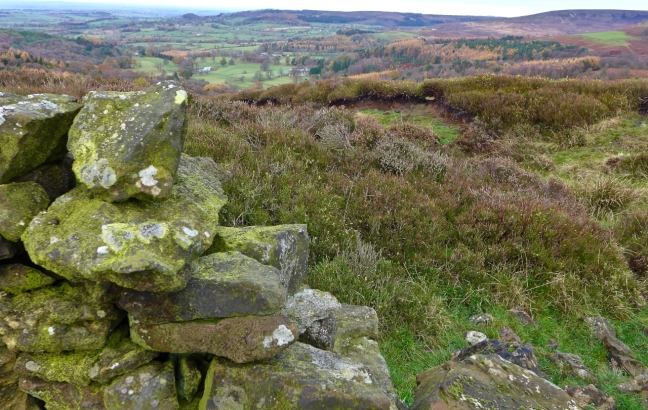 We arrived at the Cleveland Way sign and the Arden/Hawnby Estate on the Moors. 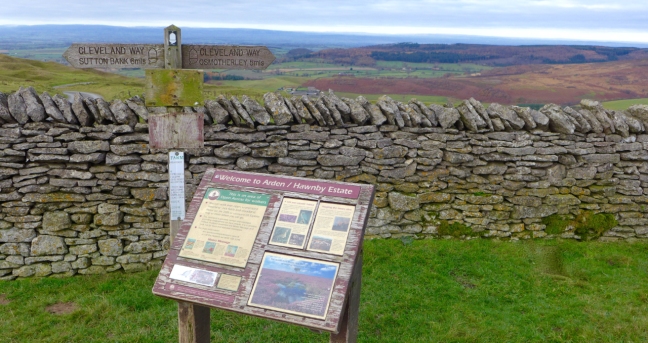 A fairly new sign had been erected to commemorate Limekiln House Inn. It was an important staging point on the long drove road south from Scotland. Cattle were often rested here often as many as 100-300. The drovers would do 9-12 miles per day. It must have been harsh on this open moorland in winter. There are the remains of a limestone quarry in this area. The limestone was taken to kilns lower down in the valley as we will see later on the walk. 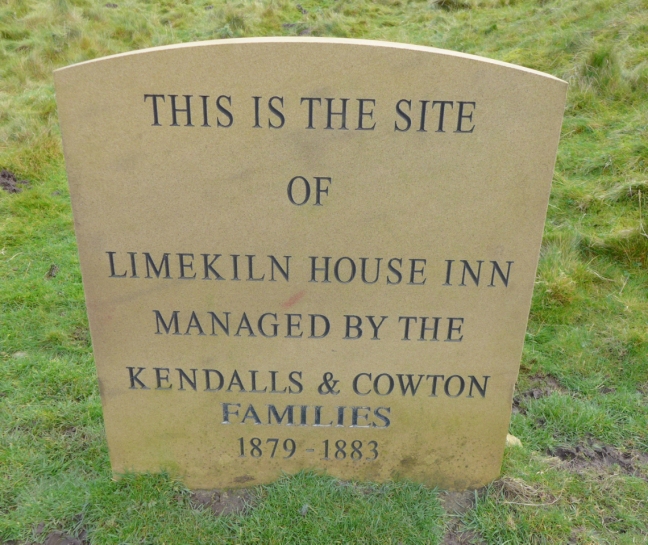 It is believed the building was mentioned in documentation as early as 1577. In 1841 census John Pearson was named as the publican. The railways were stating to reduce the need for the drove road. but it was not until 1897 that the Inn closed. There were a surprising number of Limekiln pubs around the country in the 1800s!

We then headed towards Arden Hall along a delightful valley. We soon stopped in trees as a shoot lay dead ahead across our path. There was no way we were going the way of the pheasants! We were surprised to find that many of the 4 wheel drive cars were from Holland and apparently they come to the area two to three times a year to shoot. 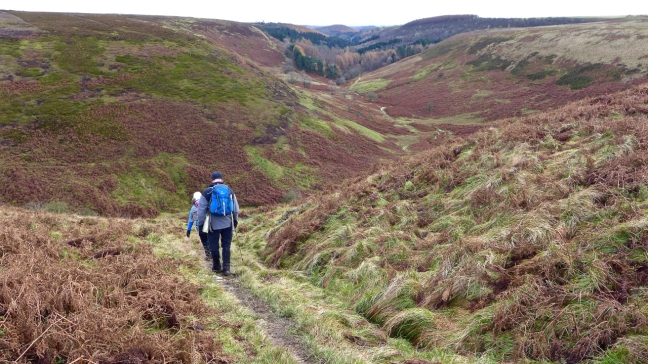 A bench at Arden Hall near a stream made a sheltered and comfortable lunch stop, although not as comfortable as the shooters were having.  The beautifully proportioned 17th Century House is part of the Mexborough estate. 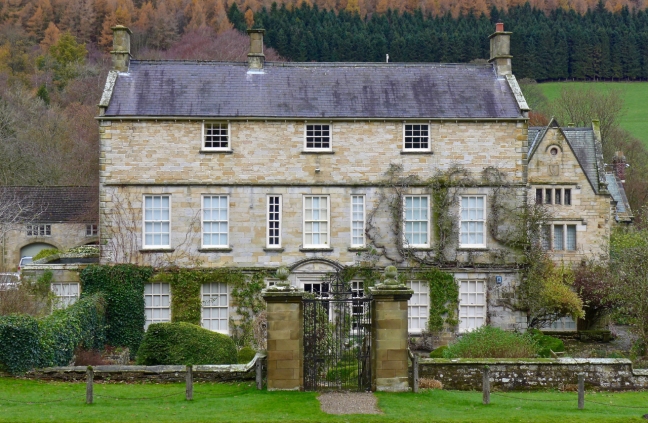 After a long steep climb from Arden Hall we were well over half-way and back on the edge of the Moors with Belted Galloway cattle and the Plain of York in full view. Maybe their relatives came down the drove road from Scotland! 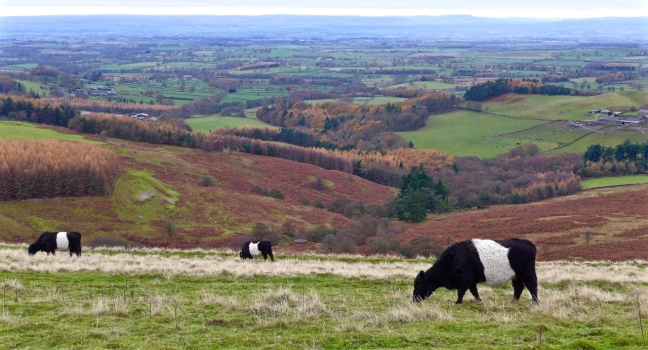 We eventually came across one of the kilns that would have served the quarry reached earlier. Horse carriages carried the limestone to Kepwick. 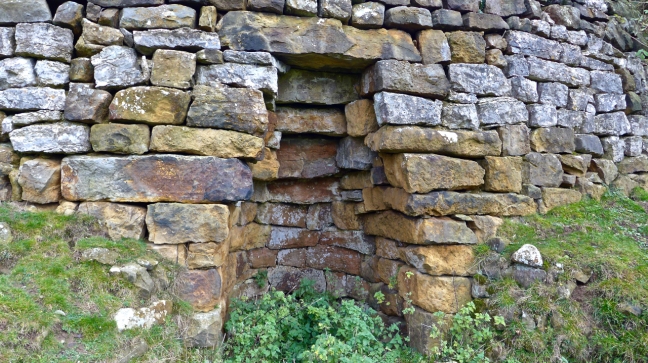 I arrived back at Kepwick feeling somewhat tired.

It had been a busy day on the walk – we had seen two other walkers!