We arrived at Horsehouse in Coverdale at about 8.45am and started walking at just after 9.00am. Horseshouse developed as an overnight stop for packhorses and stage coaches and once had two inns. This is now a remote valley little visited. It is not surprising that in years gone by there would have been a lot of intermarrying. We passed the Thwaite Arms, which is the 21st pub on the Inn Way route. 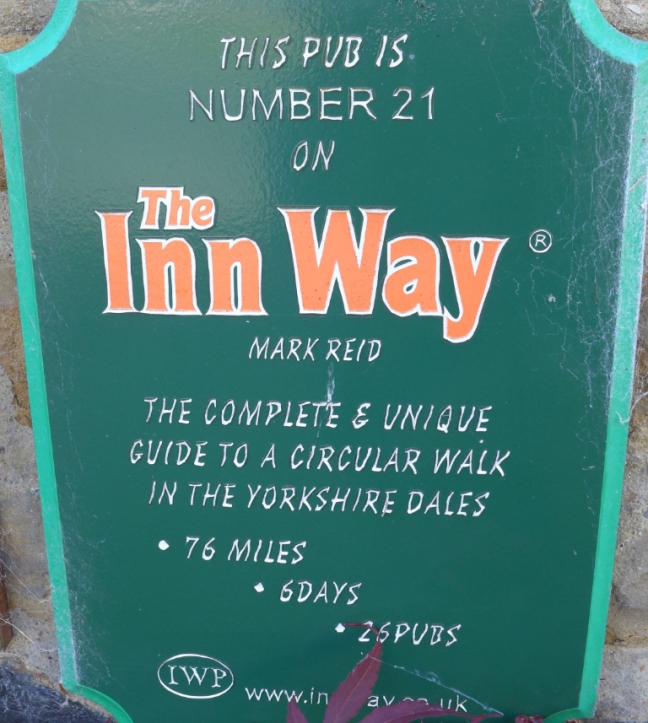 We then passed an old Wesleyan Chapel that had been converted to 3 bedroomed accommodation and was on the market for £389,950.

A lime kiln, built before 1850, was in excellent condition. Lime burning required a temperature of 800-900 degrees centigrade.  Lime was mostly spread on the land (usually moorland) for creating new pasture or for improving existing pasture.

Ponies and highland cattle are grazed at Arkleside. 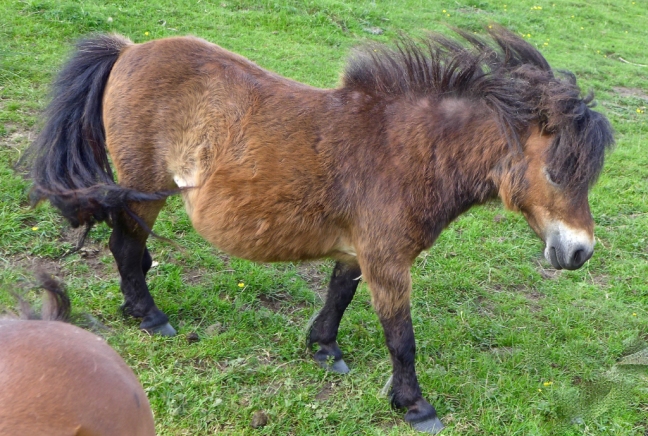 As we headed up the valley we crossed the River Cover a couple of times.

There were a couple of oystercatchers hidden amongst the rocks (look carefully).

Some sheep had taken up residence in a barn. 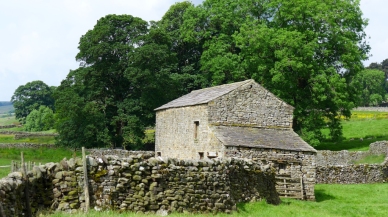 I suggested we stop by the river for our coffee and banana break away from the cool wind. I also said we might see some more wildlife. We were delighted when a deer came and fed in front of us for some considerable time, unaware we were there.

Delaying our departure until it had passed we continued along past Woodale Farm to join the quiet lane.

It was time to find some entertainment as road walking can be hard on the feet and distractions take the mind off it. Also it is one way of stopping intermarrying. 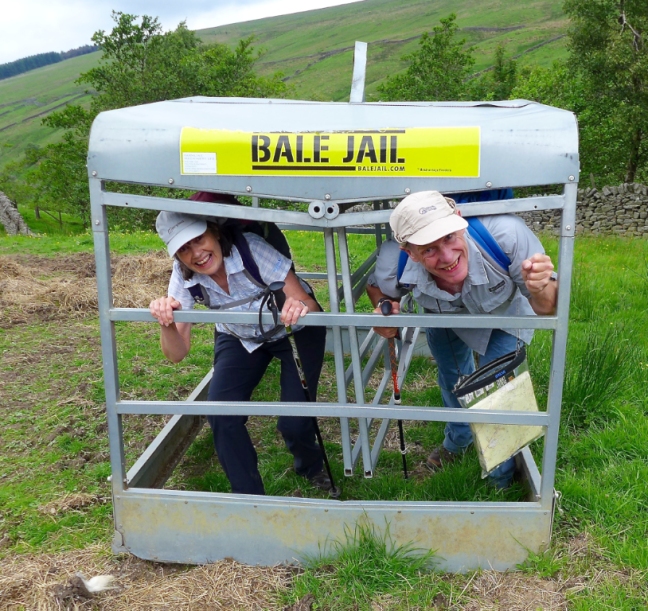 We noticed there were no potholes and the road was perfect.

Then we remembered the Tour de Yorkshire came through here recently and I had come over from the ‘t’other’ side of the hill ahead at Park Rash. I was there! 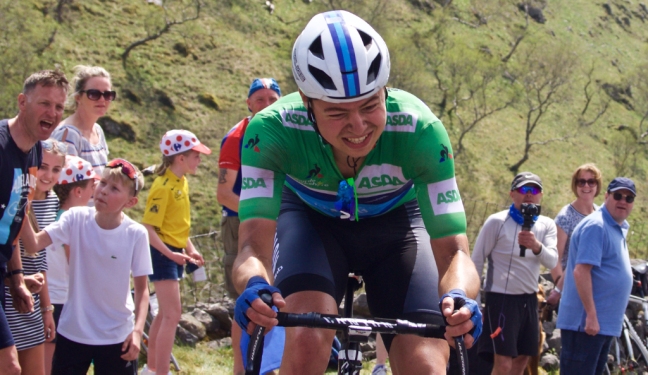 The roads are re-tarmaced for the cycling. So if you have potholes just need to get the Tour to go through your roads.

The road used to be an important monastic route before becoming a part of the busy packhorse route from London to Richmond. It was changed due to the hairy, scary experience of going up Park Rash, which incidentally was also the steepest climb of the Tour de Yorkshire. There is such a history in these hills, which is still being added to now with the now annual iconic Tour de Yorkshire! This is now the second most viewed cycle race in Europe after the Tour de France and its seems strange that it follows old packhorse routes.

We eventually reached Hunter’s Stone, believed to have ben placed there by the monks of of Coverham Abbey to help guide them over the moorland. The stone reputably has strange powers. When the clock strikes 12 at nearby Hunters Hall, also known as Coverhead Farm, the stone spins round! 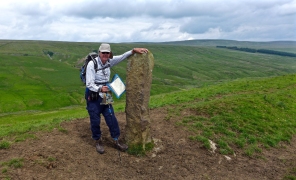 We reached the bridleway at Little Hunters Sleet about 6 miles from Horsehouse and now had to find a route back to the car. We decided on the scenic, high route over Little Whernside at 1981 feet  (604 metres). Only 19 feet short of a mountain, and only 11 feet short if you include my 6 foot height.

We would also head over Dead Man’s Hill where the odd murder takes place now and again.

It can only be described as a demanding route and not to be recommended in winter or early spring when the peat bogs can be very difficult. Believe I know from past experiences up there! However, after the fine weather we had been having recently it was tiring, but enjoyable. 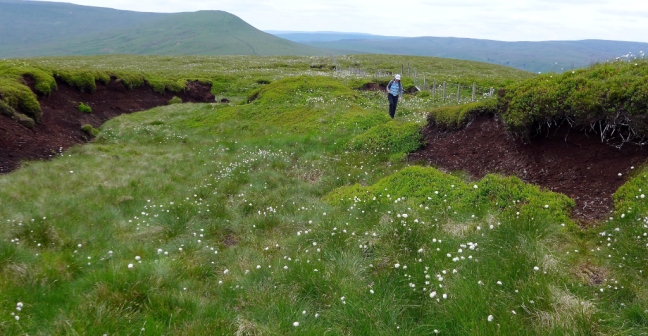 The views to Scar House Reservoir made it worth it. The height of the water in the reservoir reflects the dry weather we have had recently. 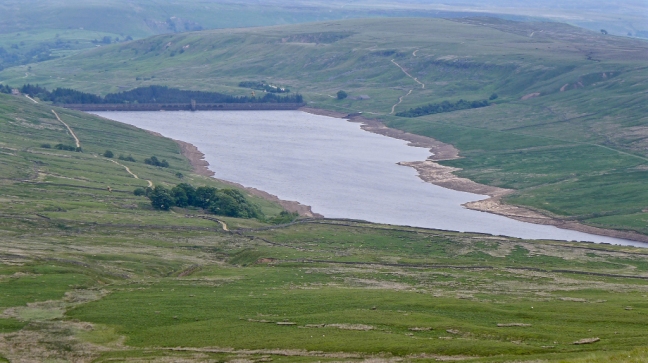 By the time I got to Deadman’s Hill I was ‘dead on my feet’. 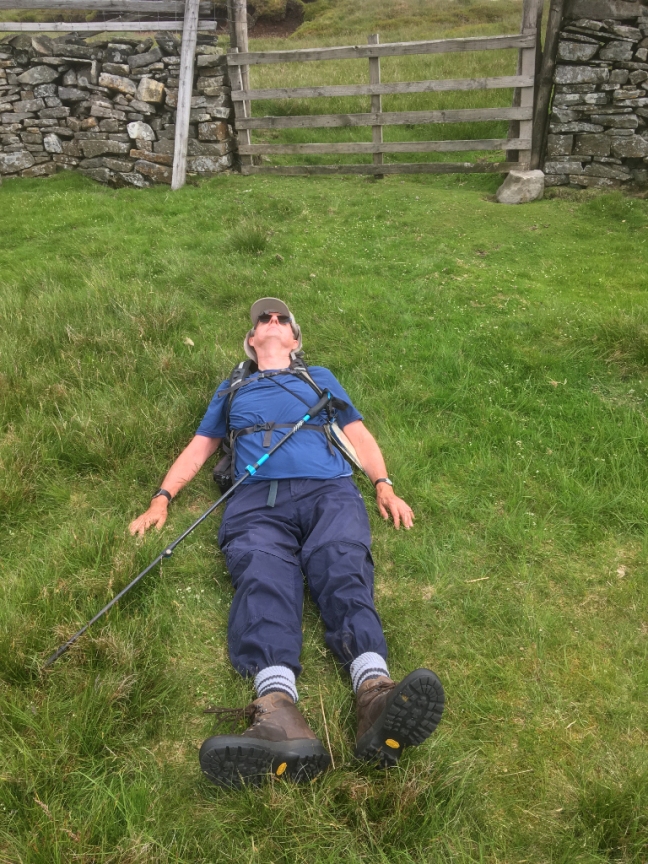 Little Whernside looks quite flat topped when your dead.

At least Sid the Yorkshireman didn’t chop my head off as happened to these poor folks. He realised I don’t carry much money on walks.

All that remained was a descent to Horsehouse and a visit to the church. 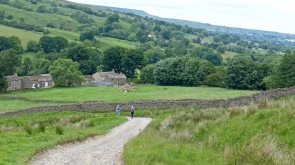 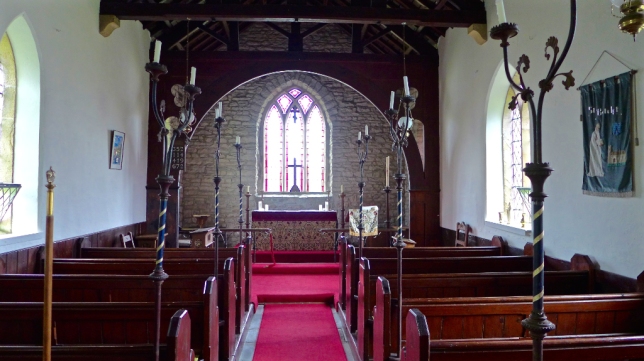 An excellent if somewhat tiring walk. It was an early bath when I got home.