Having completed the Country Walking Magazine 1000 Mile 2017 Challenge and my first fit-bit challenge it felt a bit strange not having to think about mileage to be achieved. I could just go for a walk.

With some visitors from the Lake District, I decided the first walk should be around Castle Howard which John hadn’t done before. Meanwhile Christine and Celia would go shopping – no change there! The latter is an opportunity for them to encourage each other to shop without husbands acting as a restraint. Invariably they return with more bags of shopping than normal. When asked why this is they say they value the opinion of the other particularly when choosing clothes, which has much more validity than the husbands opinion which invariably just wants them to spend the minimum. They have a point.

So we drove up the ‘drive’ of Castle Howard. This would have impressed visitors in days gone by when they arrived by horse and cart.

We stopped to admire the view back across the lake to Castle Howard. Rather annoyingly the owners of what used to be a car park have closed it off so it is no longer possible  to park for long and look at the view. Just a quick photograph then it is time to move on.

Castle Howard was designed by playwright Sir John Vanbrugh and it was the first building he ever planned. Construction began in 1700 but when he died in 1726 the building was still not finished and the later West Wing was the design of Thomas Robinson. It was the first private house in England to have a large dome. Also it faces north to south instead of facing the more normal then east to west, so getting more sunlight.

We started walking at Coneysthorpe and entered the grounds of Castle Howard to pass Ray Wood. The latter has existed since before 1563 and now has over 500 species of rhododendrons and 300 hybrids. We then reached The Temple of Four Winds.

We crossed the bridge with distant views to Castle Howard on the right. 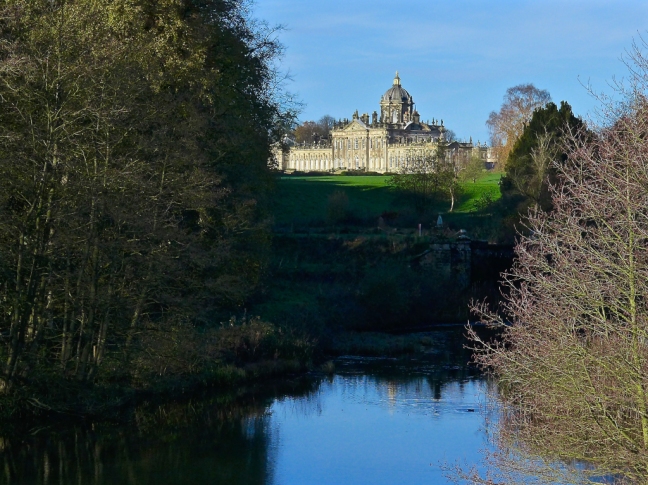 And the Mausoleum on our left.

After The Temple of Four Faces in Pretty Wood we passed a huge ancient tree.

We stopped for lunch near a Holy Well, which took some finding amongst the trees and overgrowth.

We ascended to the Howardian Ridge from where there were extensive views towards the North York Moors in the far distance.

We made the final descent towards Coneysthorpe.

A track then led to a dilapidated barn and the village. 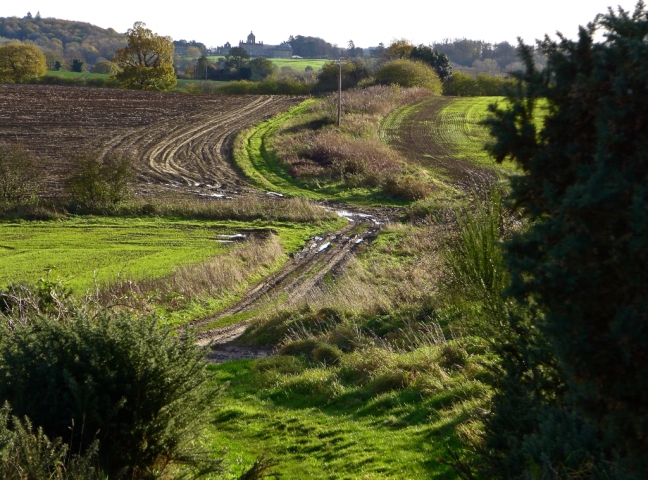 A lovely days walking and n the sunlight surprisingly warm.