Having returned from Norway late on Saturday (about midnight) and returning to a pile of washing, mail, emails, birthday cards, etc etc, when Sid the Yorkshireman suggested that as the forecast for today was good we should do a strenuous 11 mile walk around Captain Cook’s Monument, I was somewhat reserved. However, as it had been established I was part Viking I had no choice but to accept as they are not meant to be wimps.

The irony of a walk involving Captain Cook hit me as I had been through 4 storms at sea, including at two force 10/11 (12 is hurricane), had been up many nights (see previous blogs) hoping to see and photograph the northern lights, had more than exceeded my gin and tonic and cocktails ‘allowance’ and was probably still over the limit for driving (fortunately Steve offered to take his car). I was also still suffering from Arctic Cough.

Steve made it worse by saying we had to leave at 7.00am and Carol had to get back for an appointment.

After going through fog and mist (as per many previous weeks) we arrived at Great Ayton Station just after sunrise and with bright clear skies.

Leaving the station we soon had a view of Roseberry Topping, which on previous walks had been peeping tantalising at us from a distance. This time it was much closer and it was on the agenda to be conquered.

The views to the Cleveland Hills were awesome with frost making the fields below glisten.

The climbing soon started and Sid’s pose says it all. 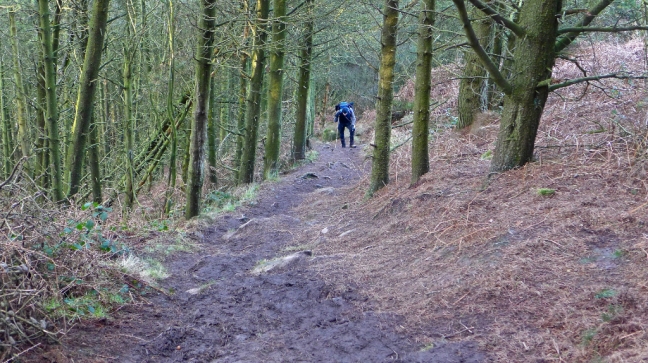 Are those buds on the tree? Spring looms?

We soon reached Captain Cook’s Monument after much huffing and puffing up the first of four steep ascents on this walk.

Captain James Cook was born in 1728 in Marton a little village fairly close to here. In 1736 his family moved to Aireyholme Farm on the outskirts of Great Ayton below us. At 17 he moved to a grocers shop in Staithes. He soon moved to Whitby where he became apprenticed to the shipowner John Walker. He was to become famous for his voyages to New Zealand and eastern Australia (1769-70) and then to the South Seas (1772). It was on his next voyage searching for the North-west passage round Canada that he was forced to rest in Hawaii where he was killed trying to settle a dispute between his men and the local people.

Descending from the monument and passing some poo bags it was clear that some folks either can’t read or just don’t care.

The first of a number of poses were made in front of Roseberry Topping, the Yorkshire Matterhorn. 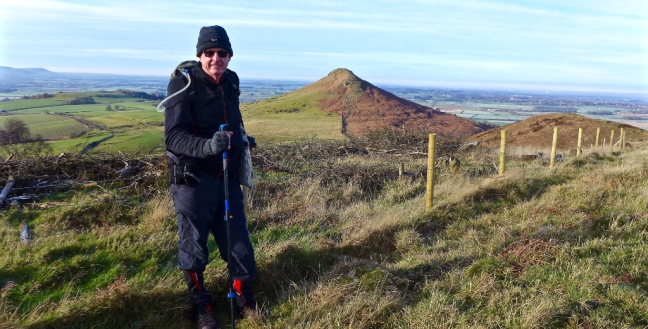 The views were superb.

It was then that we started to get iridescence skies, something I had witnessed in Norway the week before. Yorkshire was competing with Norway!

Rather oddly I converted this to black and white, but I think it works?

We then came across two stones on the path from Holy Trinity School. Does anyone have more information about the school or how the inscribed stones came to be on the path?

We soon started to descend towards Guisborough, 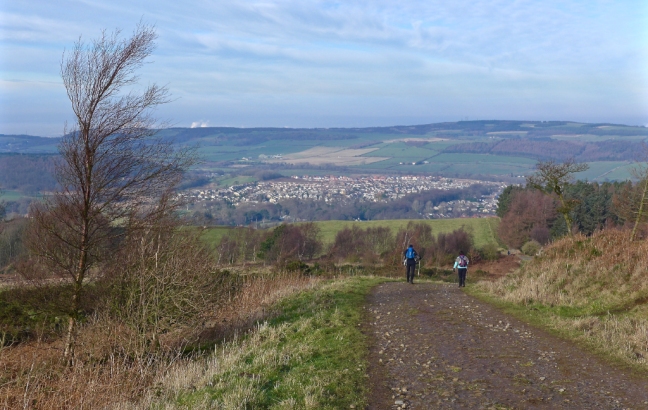 And watched a logging operation for a while. A video will be put separately on Facebook and You Tube.

Another steep ascent began towards the Hanging Stone and this pose again says it all.

Our lunch stop ahead! 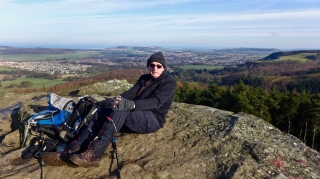 But this is real posing. See slideshow.

Ascending Roseberry Topping we discovered we were 46 miles from Helmsley and 64 miles from Filey on the Cleveland Way. 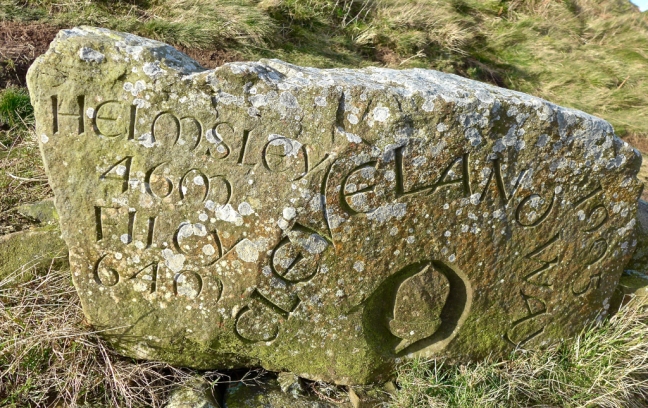 Finally, we conquered Roseberry Topping for some ultimate posing. 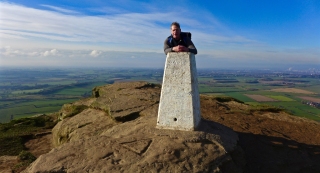 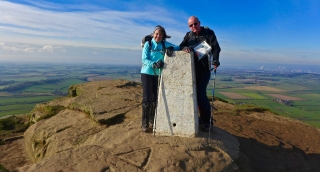 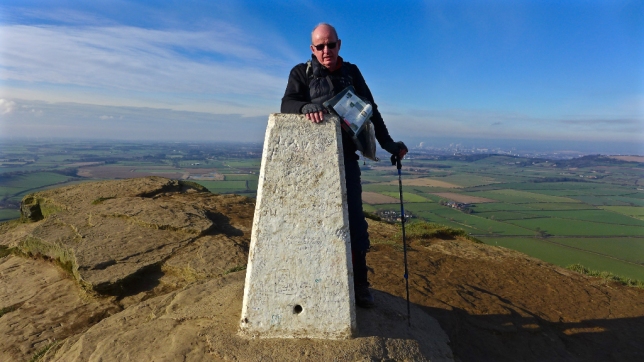 And pictures of the conquered.

We had reminder that much hard work went on these areas in the past extracting ironstone. 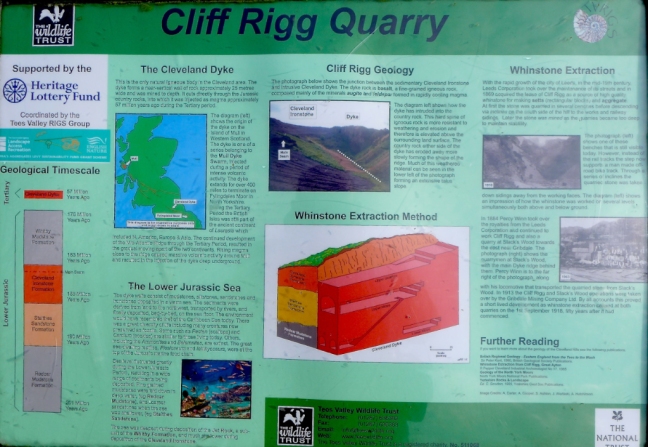 But Roseberry Topping was not conquered and gave Sid a kick up the backside and sent him flying on some slippy mud just towards the end of the walk. 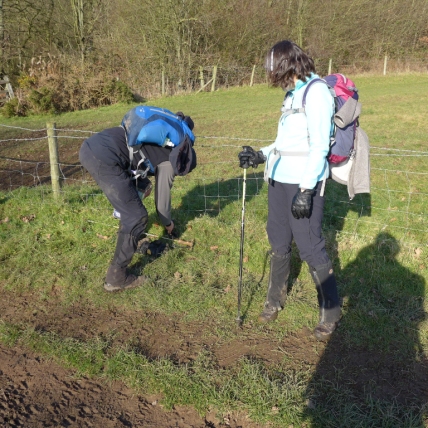 With no broken leg and just damaged pride, Carol and myself laughed so much my ribs are still hurting or is it still the Arctic Cough?