As Christmas gets nearer it gets increasingly difficult to find a free day to walk with Christmas things to do, Christmas lunches to attend, Christmas cards to write and deliver and Christmas presents to deliver etc etc.

So it was with some relief Sid, Carol and myself found a reasonable day weather wise to head out for our next walk starting from Swainby. Leaving Swainby we came across what must be one of the smallest, if not smallest bridge in the world? 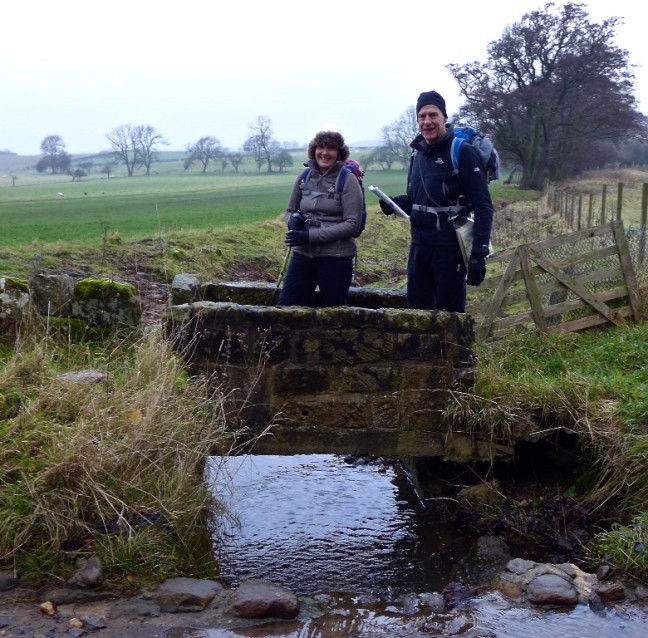 We then took a diversion to Arncliffe Church and Hall. The latter is a Georgian house designed by John Carr (1754).

Heading back up towards the main route and just up from the church, we passed the house where the World’s Best Mum lives. We did not have the pleasure of meeting her.

We were now on the route of Alfred Wainwright’s Coast to Coast Walk. (See earlier in the diaries 1991). The route is now getting quite well signposted unlike in 1991 when I completed it. 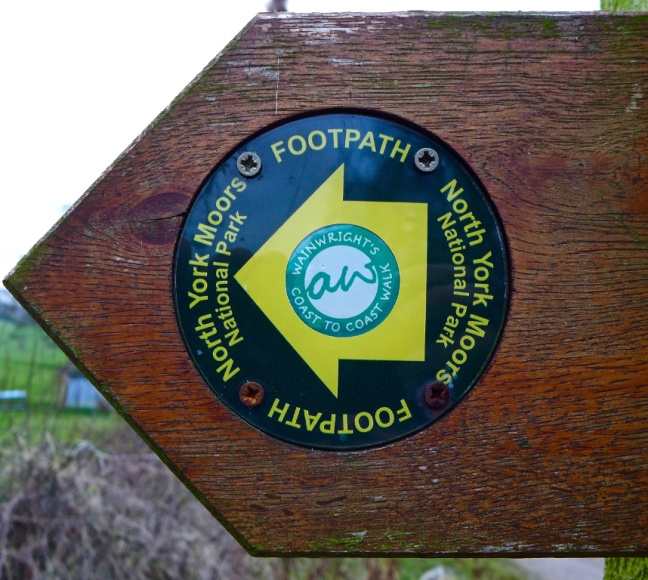 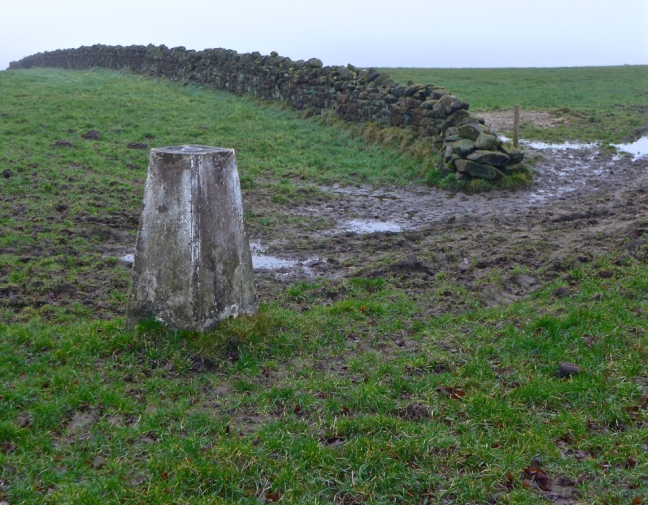 A memorial stone to Bill Cowley who ‘created’ the Lyke Wake Walk is passed. A couple of benches nearby provided an excellent lunch stop even though the view was obscured by mist. A robin decided it liked my Mary Berry fruit cake and came quite close.

Arriving at Faceby we were surprised to find Father Christmas in training for his big day. It is no surprise that on his way from Lapland to the UK he stops off in Yorkshire for his last minute fine-tuning for the big day. Who wouldn’t? 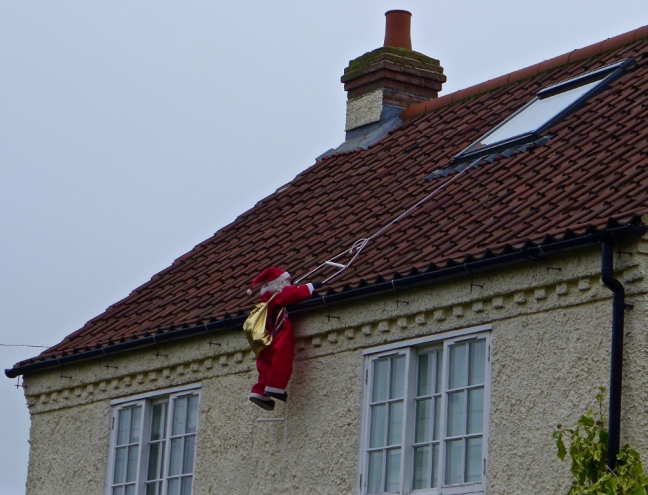 After passing the church at Faceby,

we arrived at Whorlton abandoned village, which has an old church, much of it in ruins. The 14th century tower remains.

Further along the lane there was an unexpected medieval castle. It was built in the 12th century as a Norman-motte-and-bailey. The gatehouse as shown is 14th century.

Towards the end of the walk in Swainby we found the ideal boot cleaner, with running water at the correct depth. 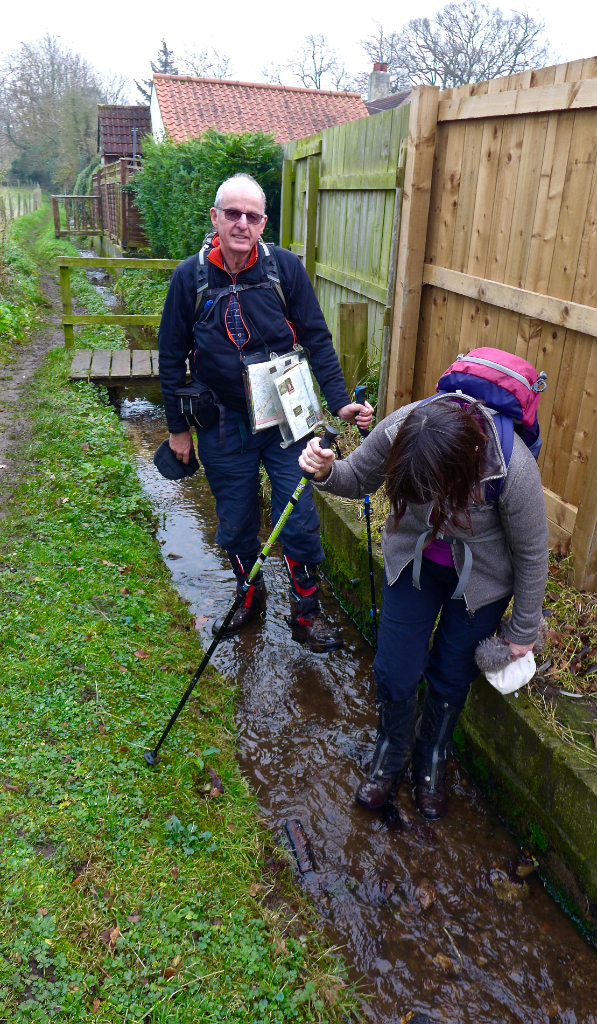