Today was to be the penultimate walk of my 49th long-distance walk. I had started these long distance walks in 1990 and here 26 years later I was getting closer to my target of 50 walks by the time I was 85. I was well ahead of schedule!

This walk had the unusual attribute that we would use our bus passes to catch two buses to get to the start of todays walk where we had previously finished.

The car was left at Hutton Buscel and we then caught an East Yorkshire bus to The Seamer roundabout!

We then got the Coastliner bus from the roundabout to East Heslerton, not realising there were 3 bus stops along this small linear village. We got off at the first and had to walk an extra 1/4 mile to the start of our walk.

All free with our bus passes.

We then walked in completely the opposite direction to where the car was. This seems a strange decision by the author of the Derwent Way. It was also peculiar as it took us away from the River Derwent, which we were supposed to be following. Even worse it meant climbing up steeply onto the Yorkshire Wolds. I think he tried to justify it for the views of and from the Wolds.

Looking back there was a fine view of East Heslerton Church.

The car was parked near the horizon below the distant hills and we were going away from it! 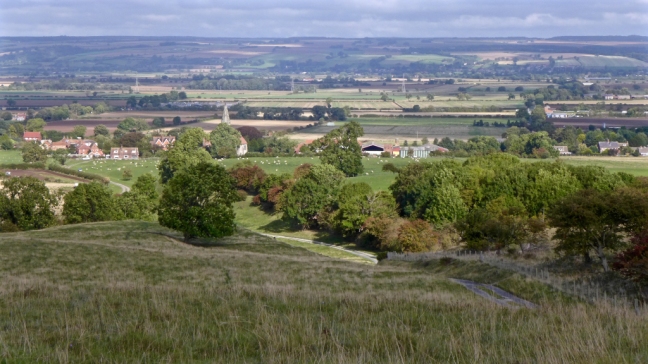 However, it did enable us to savour parts of the Wolds. Had it been a bad weather we would have been most unhappy.

We were now in David Hockney country, which is quite distinctive with rolling chalk hills, large skies, uninterrupted views, few trees apart from farms sheltered by woodlands,  and quiet lanes. Good cycling country.

The weather and views were stunning. 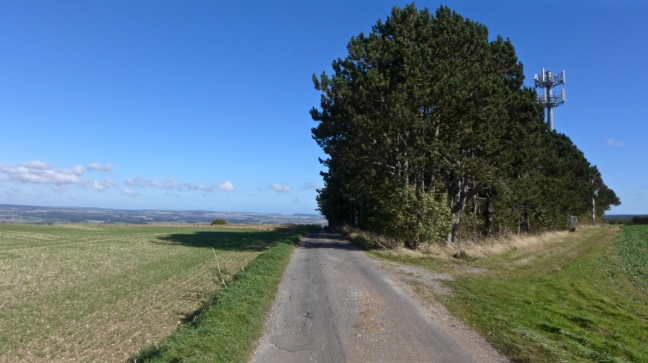 Sometimes paths cross in life and this was one such occasion. I had walked the 79 miles Wolds Way from Hull to Filey in 2002 and the 82 mile Centenary Way from York to Filey in 2004. 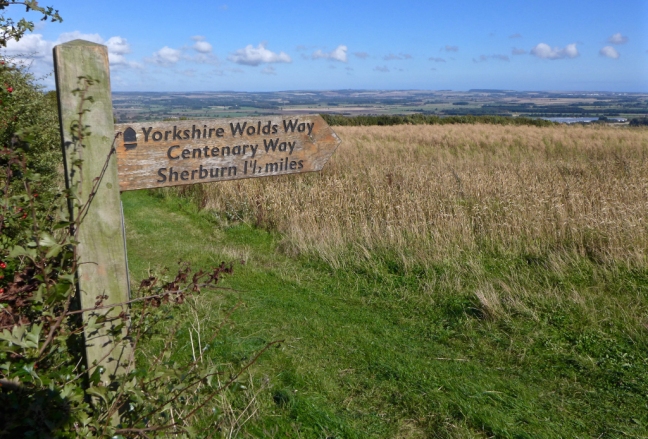 We were now walking Eastwards, but not really getting much nearer to our destination.

At about 1 o’clock we stopped for lunch on a log, with this view. A train could be viewed in the far distance heading to Scarborough.

Once we started walking again the lovely views continued. 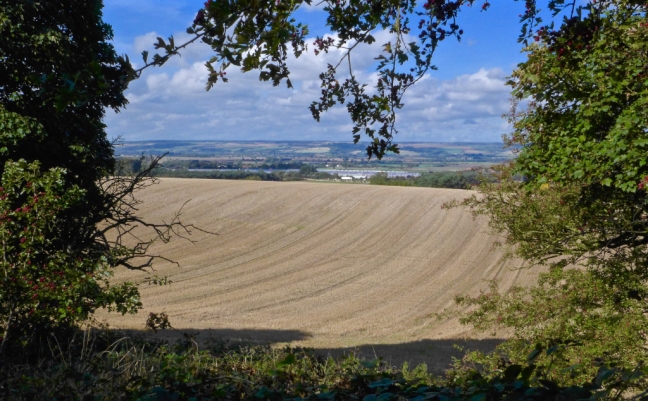 Until we reached St Nicholas Church Garden of Reflections in the village of Ganton.

A plaque commemorating Harry Vardon adorned a house. He was originally from Jersey and ended up living in Yorkshire as the Professional/Greenkeeper at Ganton Golf Club. He won the Open Championships a record six times and the 1900 U.S. Open. He was the first professional player to play in Knickerbockers. He died of pleurisy or possibly lung cancer at the age of 66. 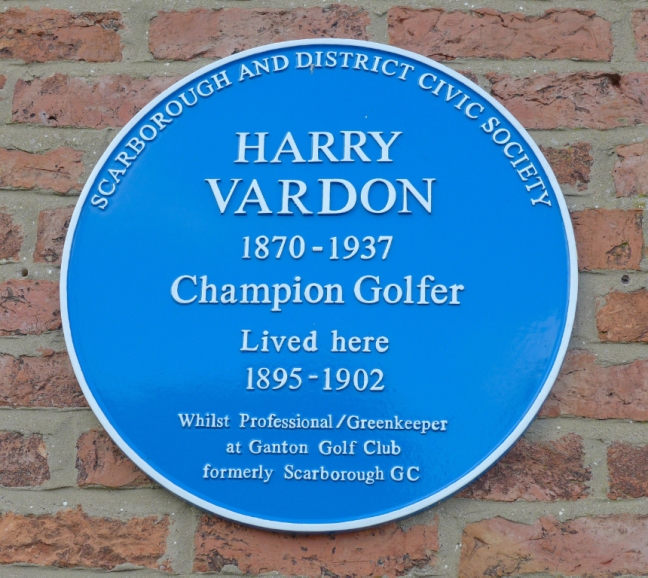 We were then able to cross the A64 and start heading in the direction of the car! We crossed the railway line to Scarborough.

At long last we got back to the River Derwent, but it was looking a bit sad with lots of weeds blocking its flow.

What followed was the hardest mile of walking Steve and myself had ever encountered through blocked paths. The path was non existent and completely overgrown with brambles, nettles , weeds and other vegetation. It was a jungle from which there was no escape as the farmers had barbed wire fencing either side. It was exhausting to walk through. Can you spot Wally?  – oops I meant Steve.

When I at last saw a fence out of it onto the road I relaxed a touch and, getting caught up in the vegetation, took a tumble. No damage caused, other than to my pride.

Arriving at Wykeham there seemed to be some interesting walks, but we had no time left for them. However, we collected some conkers, the process of bending down for them stretching our now very stiff muscles. 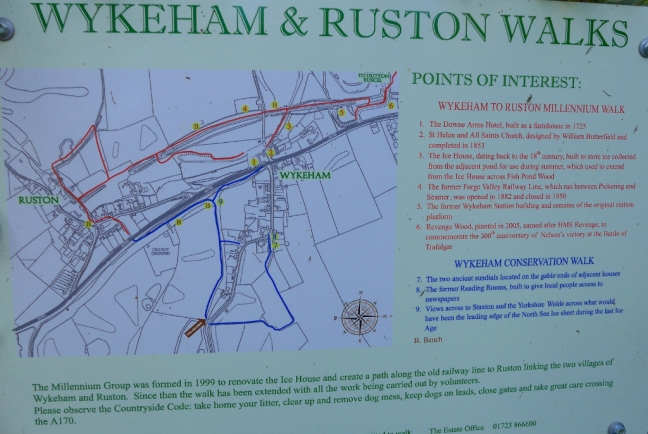 The ivy on buildings was resplendent 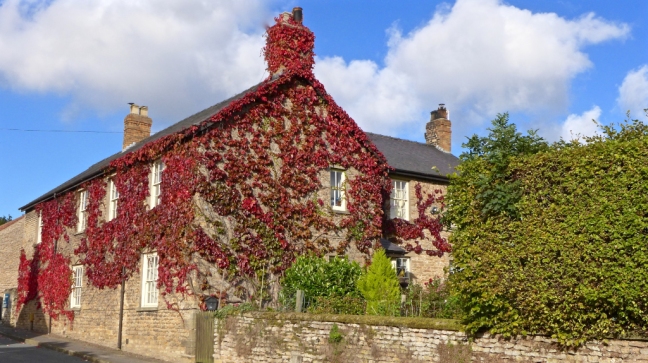 At about 4.15pm we arrived back at Hutton Buscel, somewhat tired but delighted that we now only had one more walk towards completing my 49th long distance walk.