Post 56: Further pleasant walking through woodland, along country lanes, then through woodland again, brought us to Colwith Force, where we stopped for lunch, which included sandwiches, yoghurt, crisps, cake and died apricots. As we climbed Loughrigg Fell, beyond Lily Tarn to a fine viewpoint looking towards Windermere the lake, it became quite warm and sunny. I felt very grateful to the ‘Ethics’ committee for having ‘encouraged’ me to take this route. From near the viewpoint, at a height of some 600 feet, I could see the town of Ambleside, but without a soul in site. I much prefer this view of Ambleside to walking through its crowded streets. However, the prospect of a cooling icecream beckoned us on to the bustling town, where we sat eating them on a bench in the centre. Now down to T- shirts in the bright sunshine, it felt like the 1 June, rather than 1 April.

One of the strangest buildings in Ambleside is the tiny 17th-century Bridge House perched over Stock Ghyll; it was built as a summerhouse for the former Ambleside Hall. It once housed a family of six and is now owned by the National Trust, this being their oldest information centre and their smallest shop. On a visit on another occasion my family were not too impressed with the thought of only four of us living there!

Glad to leave the crowds of Ambleside, we climbed to Jenkin Crag where, as late afternoon sun bathed the area with its penetrating rays, we admired the views of the Langdale Pikes and the waters of Windermere. 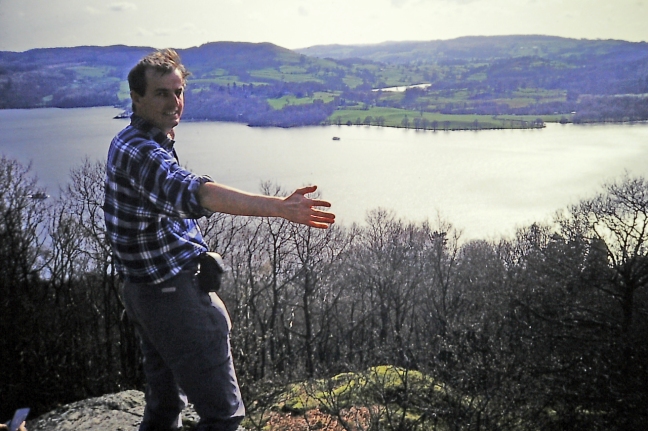 As we continued through Skelghyll Wood a red squirrel ran across in front of us, just giving me time to ‘shoot it from the hip.’ This is my photographic technique, whereby my camera is always kept attached to my trouser belt in readiness for the ‘quick photograph.’ Was it Squirrel Nutkin as featured in Beatrix Potter’s book The Tale of Squirrel Nutkin? It was certainly the right colour, although my understanding was that Squirrel Nutkin was based more round the shores and islands of Derwent Water.

Red squirrels are now quite rare in England and the last one seen on Cannock Chase, one of its few remaining strongholds, was in 1994. It is as a result of competition for food from the introduced ‘bossy’ American grey squirrel. Just as in the Olympic games the Americans tend to win, so with grey squirrels. The grey squirrel is obviously keen on world domination having started to encroach into the north of England; there are now over two and a half million nationwide, all descending from a handful introduced to Britain from North America in 1876. There are now less than 160,000 red squirrels mostly in isolated populations. Three quarters of the national population of reds is in Scotland. Greys have a more varied diet, being able to digest unripe nuts and seeds, whereas reds have difficulty living off a diet consisting mainly of acorns, preferring the seeds of conifers. Greys are immune to the parapox virus, which wipes out reds within fifteen years of their rivals colonising an area.

The walk from Jenkin Crag to Windermere Youth Hostel is a delight and here are some photographs taken on different sections. 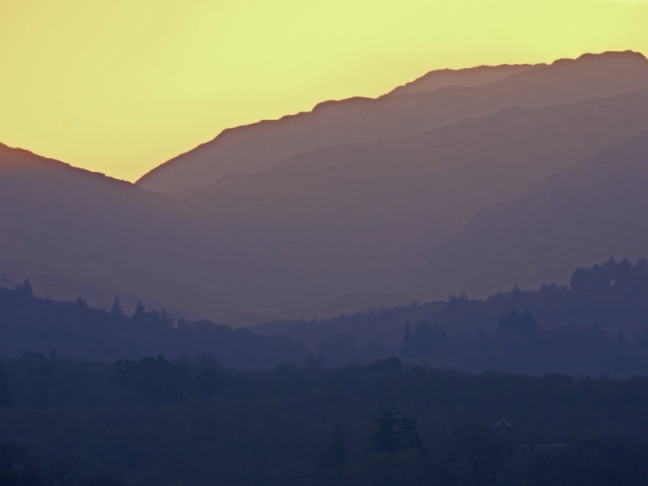 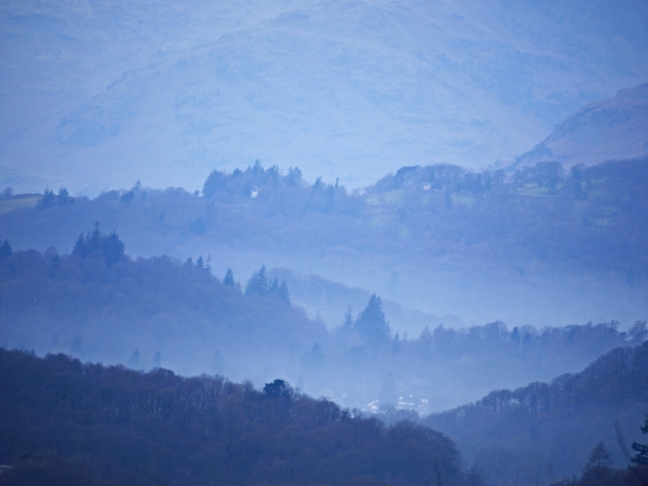 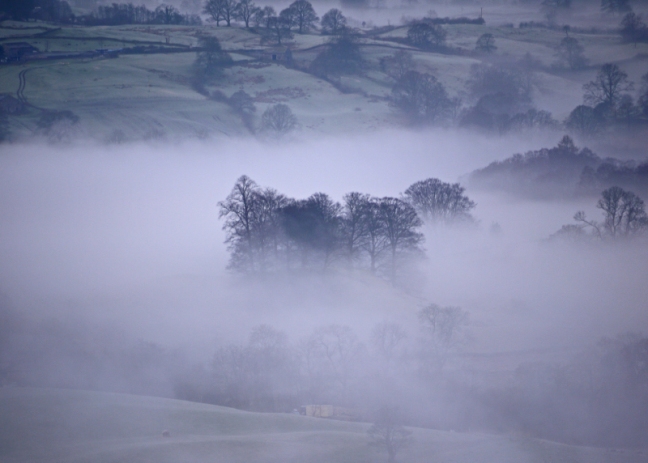 We arrived at the ornate Windermere Youth Hostel tired but exhilarated at such a fine day’s walking, the final curtain call of the day being a lovely red sunset from the balcony of the hostel.

I feel truly blessed to experience days like this in my life.